Mary Kunstenaar holds the hand of a local policeman . 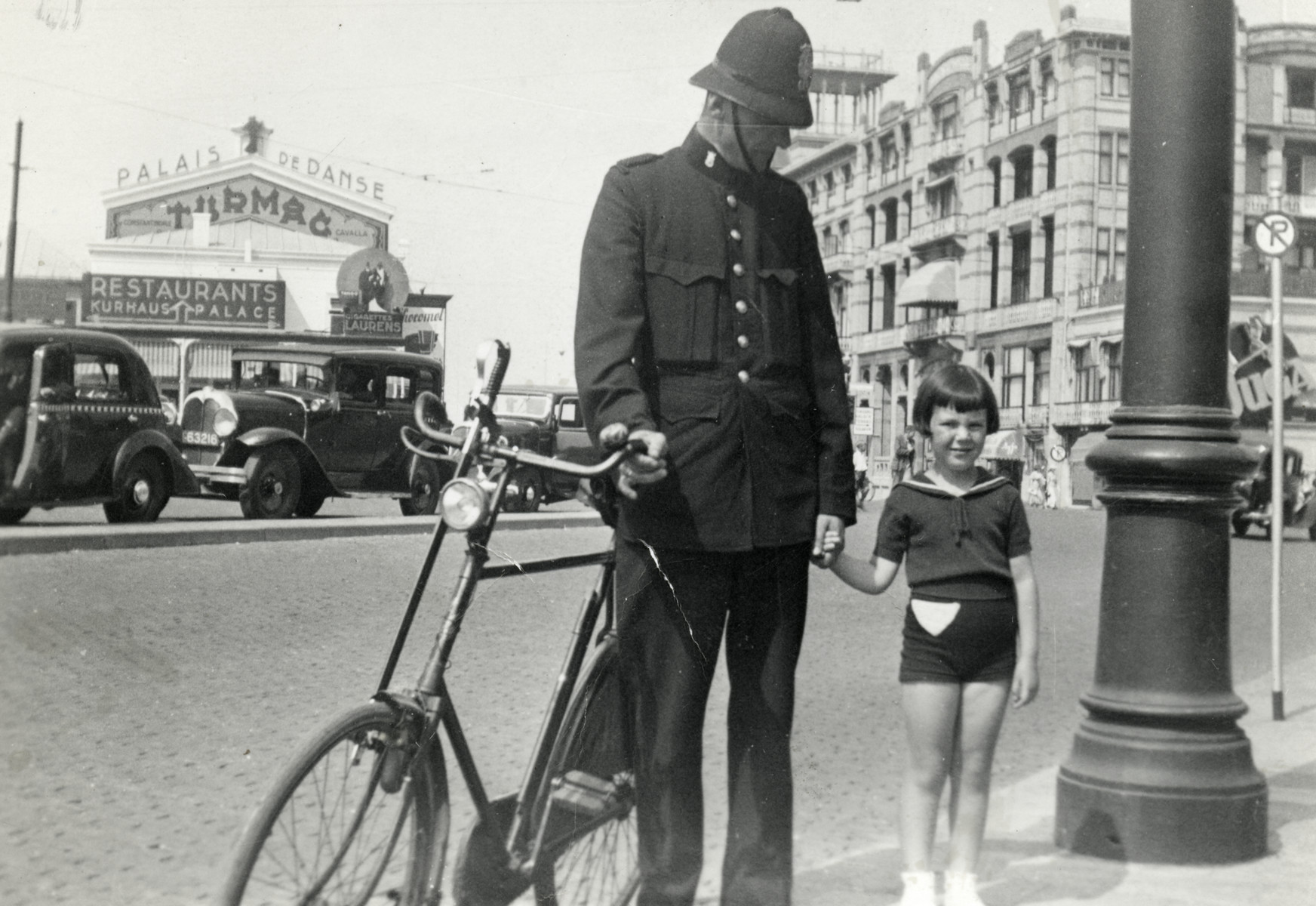 Mary Kunstenaar holds the hand of a local policeman .

The beach is behind the building.