An Italian soldier takes a photo of a group of prisoners outside a tent in the Preza labor camp. 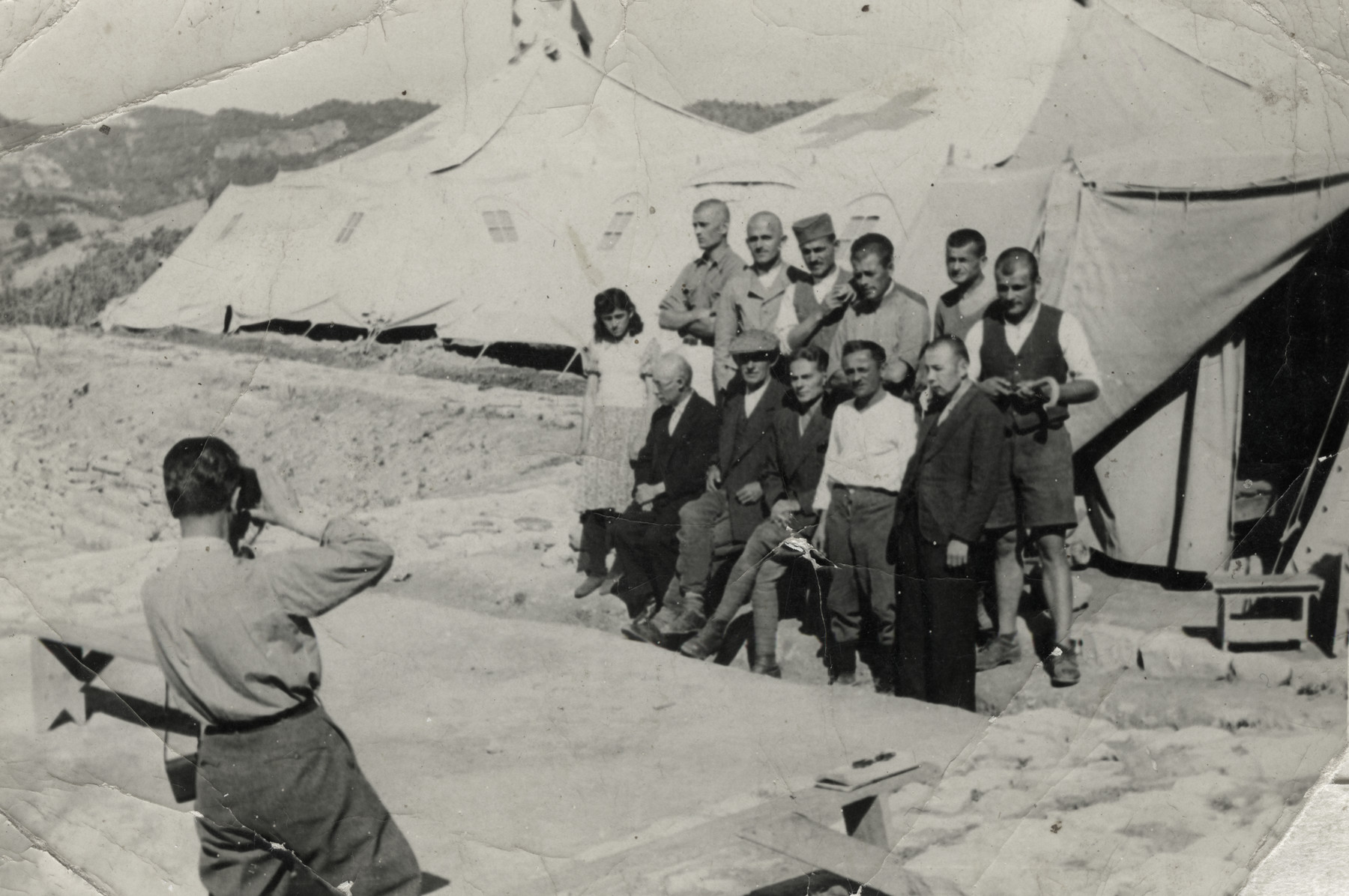 An Italian soldier takes a photo of a group of prisoners outside a tent in the Preza labor camp.

Dr. Joseph Teitelbaum is setting in the front row, left.