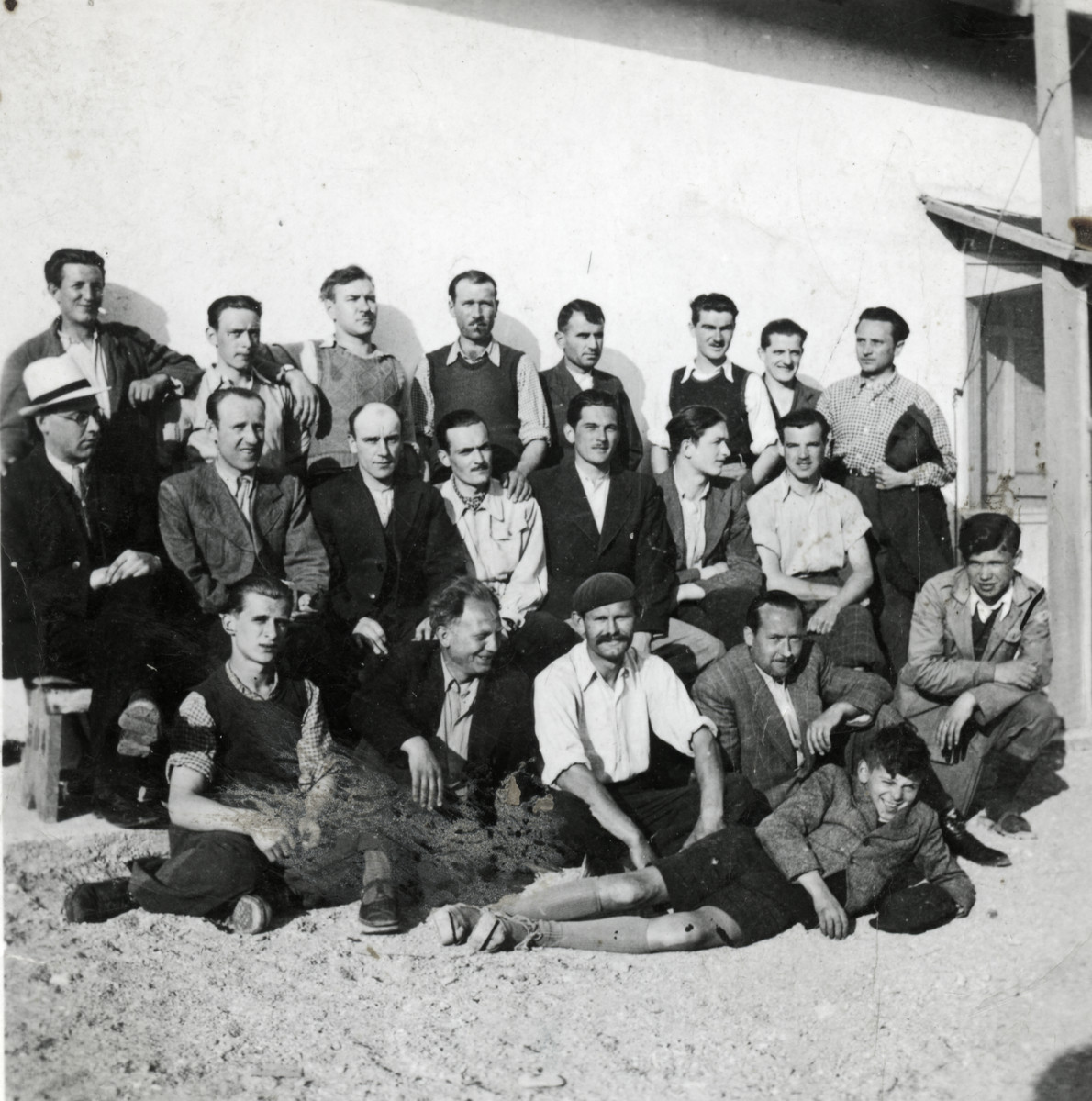 Biography
Miriam Aviezer (born Miriam Biba Steiner) is the daughter of Bela Steiner (b. 1903 in Zabok, Croatia) and Zora (nee Mattersdorfer, b. 1907 in Sjenicak, a small village in Croatia). Miriam's parents married in 1933. Miriam's father was religious but her mother had leftist leanings and was active in Hashomer Hatzair. Miriam was born on April 21, 1935 in Karlovac, Yugoslavia but grew up in Trebnje, Slovenia where her father was the town pharmacist. They were the only Jews in the town but soon became very popular with the community. Zora made friends with the wives of the doctors and lawyers and formed a circle of friends who helped the poor. Bela was an intellectual and read German and Croatian newspapers. After the war began he marked the events with pins on a map of Europe. Everyone including the local priest came to see what he reported. In 1938-39 when refugees began to appear Miriam's mother organized a women's club to help refugees who were passing through. However, they never imagined the situation could affect them in this small Slovenian town. In the early stages of the war Italy occupied this area of Slovenia. In 1941 when Zora learned of the concentration camps in Croatia she became very concerned about her mother and left to see her in Karlovac taking Miriam with her. When they arrived, the Germans entered the town together with the Ustashi (local collaborators). Since Zora was still listed as a resident of Karlovac, they picked her up as well as Miriam. They were beaten and forced to the railroad station where Miriam, only six years-old, was separated from her mother. She was put on a cattle car only for children. Her mother, grandmother, aunts and uncles were put on another car. They were all sent to Stara Gradiska concentration camp where Miriam eventually reunited with her mother. Today Miriam relates that these four days was her nightmare; her Holocaust.

In the meantime, Bela proved that his wife and daughter were subject to Italian jurisdiction and obtained their release. However, a few months later in 1941, Miriam and her parents were rounded up and sent to the Ferramonti concentration camp in Italy where they remained until September 1943. Daily life there was quite bearable, and they were free to move about in the camp. Her mother learned the fate of Bela's mother but did not say anything and likewise her father learned of the fate of Zora's mother but no one discussed this. When her grandmother Karolina Steiner was arrested by the Germans and taken to a waiting truck, the local villagers followed her to help. Karoliner Steiner perished in Djacovo concentration camp in Yugoslavia.
In 1944, after Italy capitulated, the family wandered through villages until the Jewish Brigade found them and took them to southern Italy. The family was given the choice to go to Fort Oswego in the United States, to return home or immigrate to Palestine. The family joined the partisans in the area and worked in the hospital that they set up. Bela worked as a pharmacist and Zora as a nurse. Miriam, then just 11 years old, walked eleven kilometers to deliver mail to survivors in displaced persons camps. She was the youngest partisan and even had a jacket sewn in her size.

After her father returned home he was drafted to the Yugoslav army under Tito and remained until he was demobilized in 1948. Miriam began to study to make up for the years she lost. She was a great Yugoslav patriot of but her mother was a Zionist and hoped she would go to Palestine. Miriam lived in Slovenia after the war and studied comparative literature at the University of Lubljana and immigrated to Israel in 1971.

Miriam is a writer and journalist and in 1964 published Vojak z zlatimi gumbi" ("Soldier with Golden Buttons") in 1964 in Slovenian. It later was translated into Serbo-Croatian, Hebrew and in English by Yad Vashem. The book presents a child's eye view of the Holocaust and is included in many teaching programs around the globe for teaching the Holocaust. Miriam is a member of the committee at Yad Vashem which evaluates candidates for the honor of Righteous of All Nations and volunteers her services at the Even Yom Tov Archive of Yugoslavian Jewry located at the Central Archive for the History of the Jewish People at the Hebrew University. She is married to the writer Shmuel Aviezer and has a daughter and two grandchildren living in Israel.