Villiam Krausz (Benjamin Kedar )sits surrounded by his toys shortly before the family went into hiding. 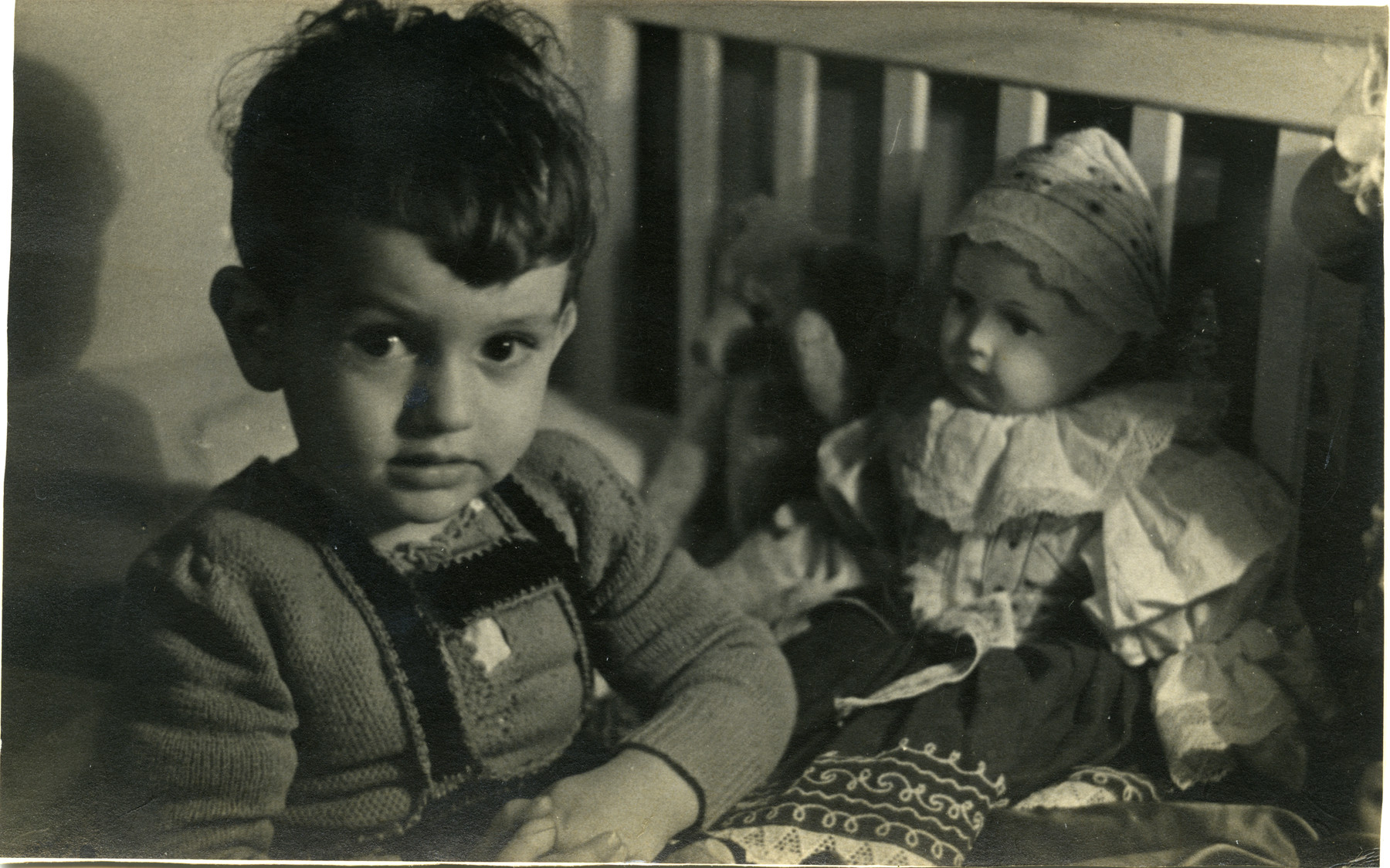 Villiam Krausz (Benjamin Kedar )sits surrounded by his toys shortly before the family went into hiding.

Biography
Benjamin Kedar (born Villiam Krausz) is the son of Dr. Gajza Krausz (b. May 22, 1903 in Vienna; died 1991) in Vienna and Dr. Lydie Krausz (b. Jeiteles b. August 30, 1901 in Prague; died 1994). His parents married in Prague. The family settled in Nitra, Slovakia where both parents worked as physicians. Dr. Gajza Krausz was the director of the Jewish hospital. Villiam was born on Sept. 2, 1938, and his older sister Helene Doris (later Kehat) was born on March 7, 1934. In 1942 Dr. Krausz left his position at the hospital and the family relocated to a nearby village where they lived legally until September 1944. They then went into hiding with Slovak peasants to avoid deportation to Auschwitz. In 1949 Villiam immigrated to Israel with the Youth Aliyah in 1949. His parents arrived about two months later, and after a few months he went to live with them in Kfar Netter in the Sharon Plain. Benjamin Kedar completed his education and went on to become a professor of history at Hebrew University. Though the Krausz family survived, Lydie's father Dr. Isidor Jeiteles perished in Theresienstadt in 1943 and her sister was murdered in Auschwitz.