Lea Herlinger poses with the principal of her Catholic school while living on false papers in Rome. 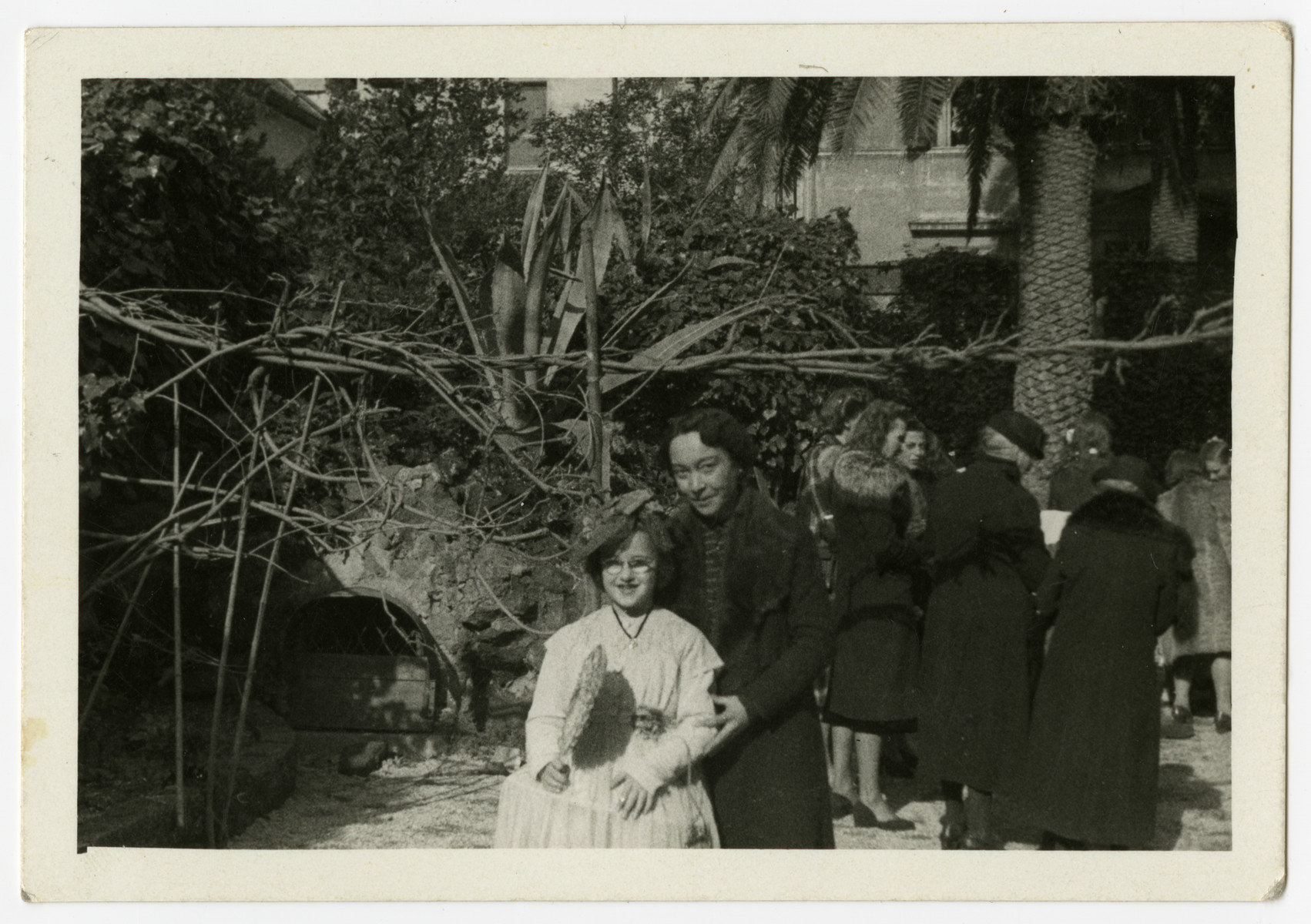 Lea Herlinger poses with the principal of her Catholic school while living on false papers in Rome.

Biography
Lea Herlinger (later Kaluzna) is the daughter of to Ivek (Ivo) (8/16/1902-12/5/1995) and Elsa Herlinger (d. 7/31/1991). Lea was born on December 13, 1938, in Zagreb, Croatia (Yugoslavia). Ivo worked as a representative for Remington Office Machines, while Elsa worked as a legal secretary until Lea was born. In 1941, Germany invaded Yugoslavia and divided the country. An independent state of Croatia was declared, ruled by the Fascist Ustasa party. Her parents were told to report to a labor camp, so that night, they fled the city. Lea was sent to her aunt Zlata Herlinger, who had a farm in the countryside. Elsa went to stay with some non-Jewish friends, while Ivo searched for a place they could live together He posed as an engineer's call man on the railroad, and went to Trieste, where he and Elsa were soon reunited. They hired a student to bring Lea to Trieste, paying him with precious stones they had sewn into their clothing. Once she arrived, the family went to Castel Guilemo, Italy. They remained there for the next 18 months, hiding in an attic above a store with 21 people; Lea was the only child. Warned that the Germans were approaching, they fled again, this time to Rome. For the next year and a half, Elsa, lea, and Aunt Zlata lived in a convent while Ivo and Zlata's family, Arthur, and Otto, lived in a monastery. They would reunite each Sunday in front of St. Peter's Cathedral. During one of these Sunday meetings, as they were saying goodbye, Ivo waved to his daughter as a Croatian would, instead of as an Italian. A pair of German officers spotted this, and chased him, but he managed to escape. They moved to an apartment in Rome and lived under false identities: Ivo as Giovanni Fabiani and Lea as Lena. She attended school at the convent, and walked there every day with her mother, careful not to speak to anyone. Ivo remained in the apartment during the day. Once when Lea was home sick, Ivo insisted that they leave the apartment. After they left, the air raid sirens went off, and the family took cover in a doorway. When they returned to their apartment, they found that the building had been demolished by a bomb. After liberation, the family moved to a new apartment, and Lea attended public school. They lived as stateless refugees in Italy, until they received visas to immigrate to the United States. In October 1950, after a three-week journey on board the General Harry Taylor, the family arrived in New York. With assistance from the Hebrew Immigrant Aid Society (HIAS), they eventually settled in Chicago.