Close-up of Marguerite-Rose Birnbaum standing next to a small fence while in hiding with the Dinq family. 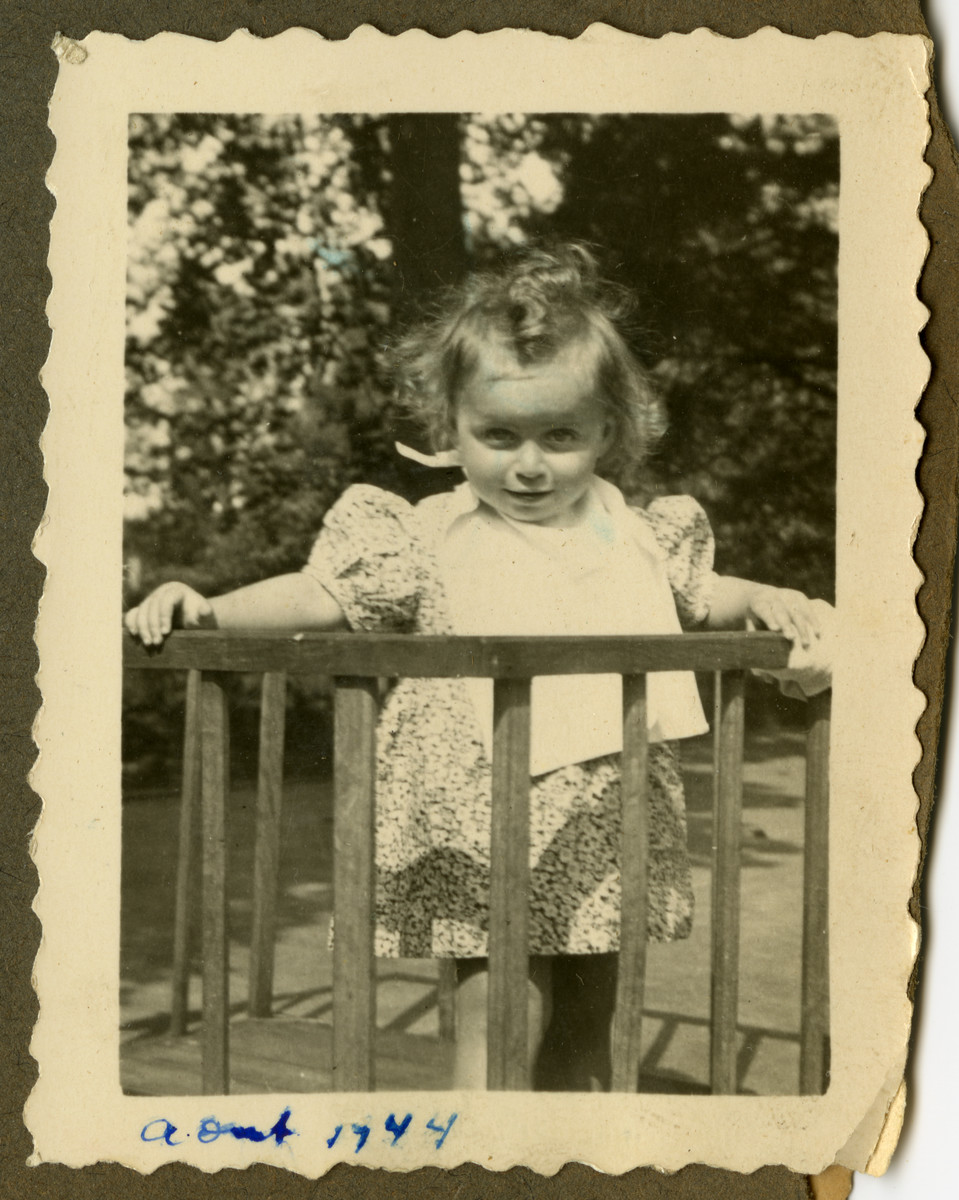 Close-up of Marguerite-Rose Birnbaum standing next to a small fence while in hiding with the Dinq family.

Biography
Marguerite-Rose Birnbaum is the daughter of Frajdla Frydrych and Lazarus Birnbaum. She was born in Brussels, Belgium on February 4, 1943. Her father Lazarus was born in Leipzig, Germany on February 5, 1900, and her mother Frajdla was born in Czestochowa, Poland on April 14, 1913. Each immigrated to Belgium, where they met and married in Brussels on August 31, 1935. In late August 1942, Lazarus received a letter from the Association of Jews in Belgium ordering him to report for forced labor, in accordance with instructions from the security services. Because his father, Joseph Birnbaum, had just been rounded up and placed on Convoy II on August 11, Lazarus ignored the order. They later learned that Joseph had been sent to Auschwitz, where he perished. Six months after Lazarus received the order, Frajdla gave birth to their daughter Marguerite. Frajdla asked Marguerite's nurse for help in finding a hiding place for the family. The nurse arranged for them to go to her relative Pere Elans, in an abbey in Limbourg. He hid the family in the attic of the monastery. When it became too dangerous for a small baby to stay there, the priest's sister, Julian, asked their other sister, Marie-Josephe Dincq, to take the infant. She told her in code that she had a suit (Lazarus and Frajdla) and a small dress (Marguerite-Rose). Julian could keep the suit but not the dress. Marie-Josephe understood the cryptic message and picked up seven-month-old Marguerite-Rose in Brussels and brought her to her home in Arendonk, where she lived with her husband Pierre and three children, Jean-Pierre, Marcq, and Marie-Ghislain (Guigui). Marie-Josephe told her relatives that Marguerite-Rose was the child of relatives, and she and her husband had her baptized as their godchild in the St. Joseph Church. Pierre Dincq also belonged to the resistance. He was captured and deported to Dachau as a political prisoner; he perished there on May 21, 1945. Even after his arrest, his wife and three children continued to shelter Marguerite until the end of the war. In the summer of 1945, Lazarus retrieved his young daughter. The Birnbaum family remained in Belgium for approximately another ten years and then immigrated to Montreal, Canada in the mid-1950s. In 1996 Yad Vashem honored Pierre and Marie-Josephe Dincq as Righteous Among the Nations.