Survivors from Bergen-Belsen pose next to an American military vehicle shortly after their liberation. 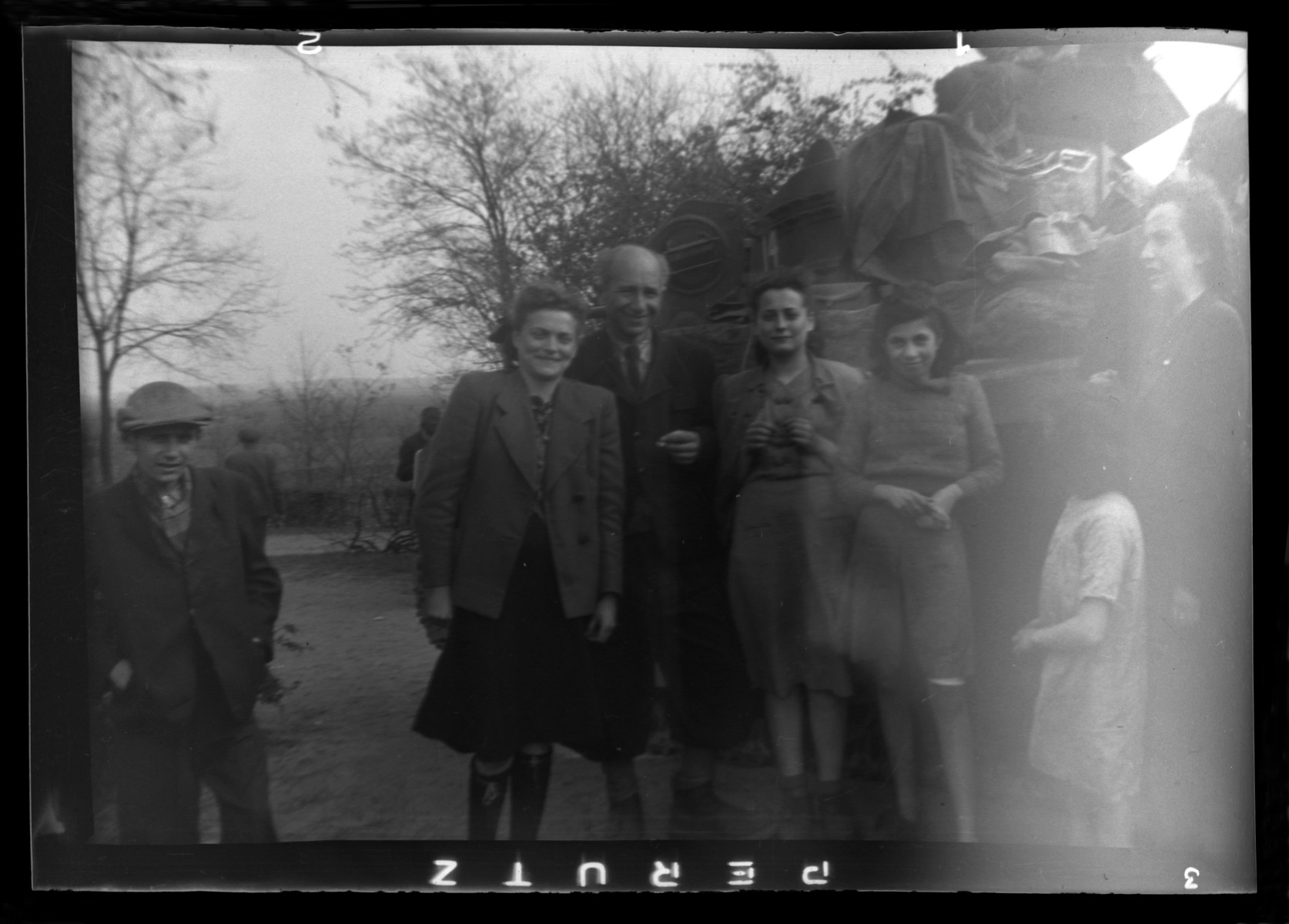 Survivors from Bergen-Belsen pose next to an American military vehicle shortly after their liberation.

Gina Rappaport, a prisoner who served as a translator for the Americans, is standing second from the left. Also pictured is Blanka Rapaport, third from the left.