Gina Rappaport (later Leitersdorf) stands next to an American tank shortly after her liberation. 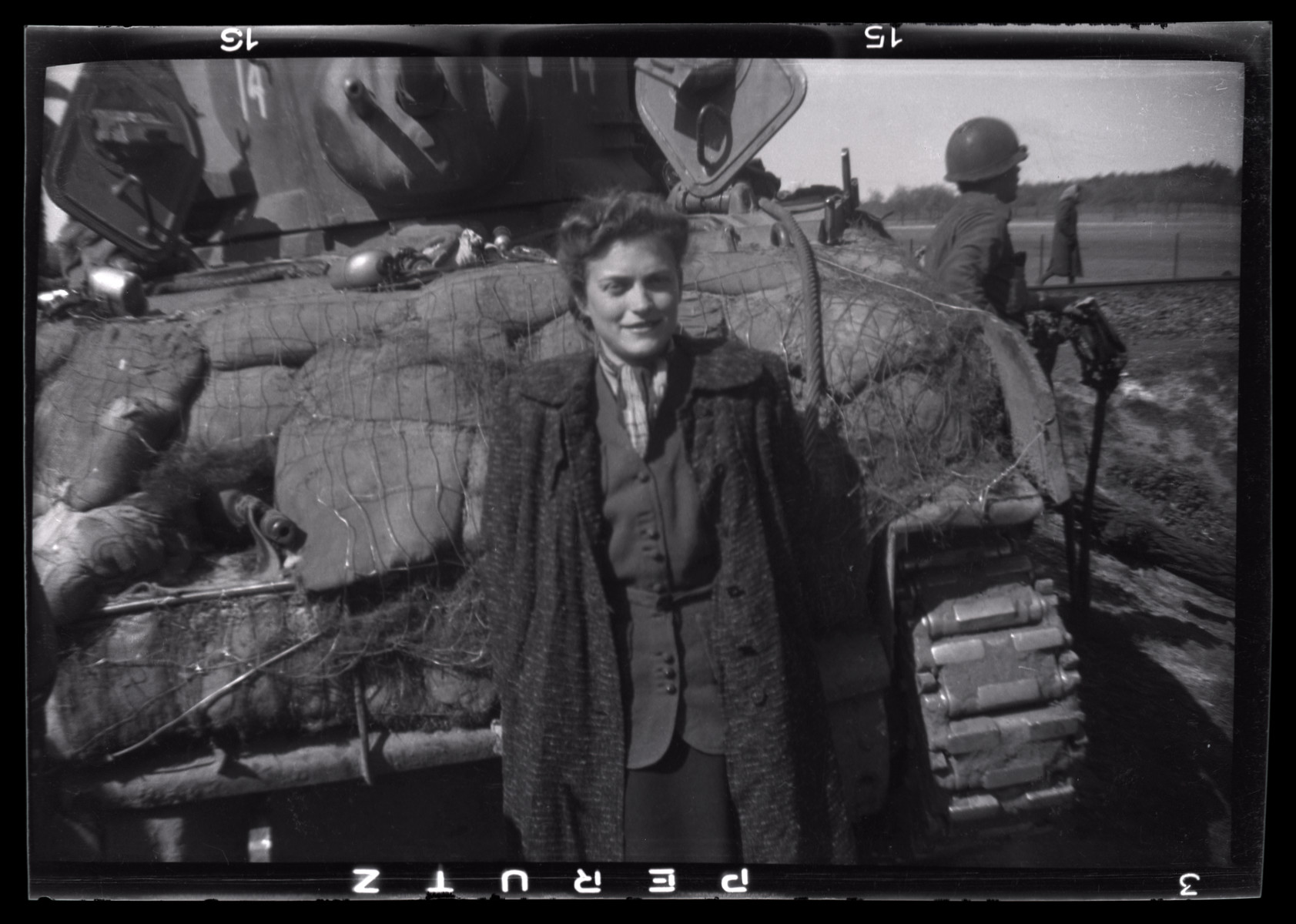 Gina Rappaport (later Leitersdorf) stands next to an American tank shortly after her liberation.

She had survived the Warsaw ghetto prior to her incarceration in Bergen-Belsen. Fluent in several languages, she translated for the Americans and other survivors of the train.