Gina Rappaport (later Leitersdorf) stands by the train tracks shortly after her liberation. 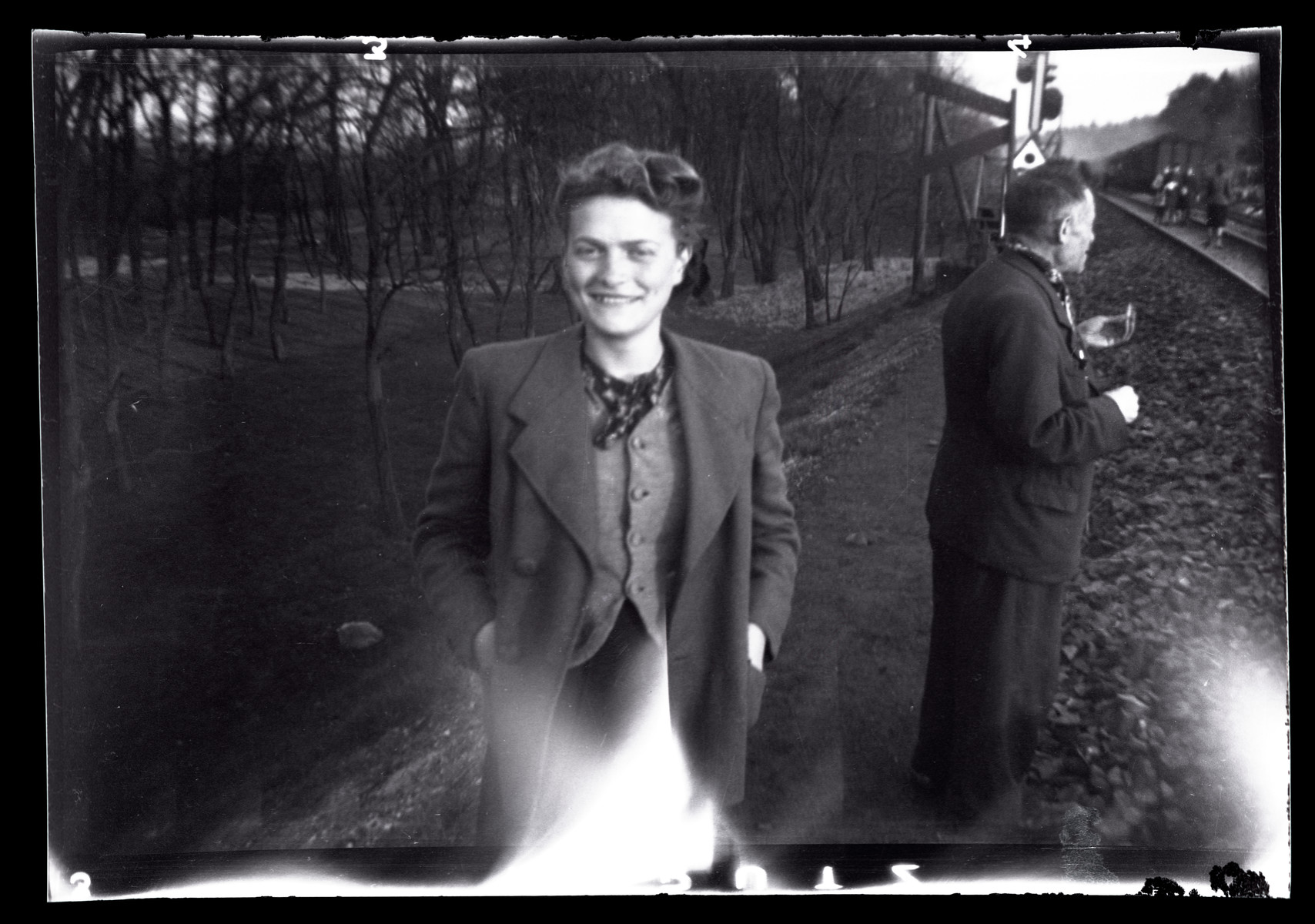 Gina Rappaport (later Leitersdorf) stands by the train tracks shortly after her liberation.

She had survived the Warsaw ghetto prior to her incarceration in Bergen-Belsen. Fluent in several languages, she translated for the Americans and other survivors of the train.

Event History
American troops of the 743rd Tank Battalion and the 30th Infantry Division came upon a railroad in Farsleben outside of Magdeburg. The train consisted of both cattle and passenger cars and contained approximately 2,500 concentration camp inmates, primarily Jewish. Many of the prisoners died during the transit, and most of the survivors were suffering from severe malnutrition and lack of medical attention.This train was one of three that left Bergen-Belsen between April 6 and 10 bound for Theresienstadt. The prisoners all held papers from neutral and non-European countries. Only one train arrived in Theresienstadt; the third was liberated by Soviet forces outside of Troebitz.
https://www.ushmm.org/wlc/en/article.php?ModuleId=10005131. https://www.ushmm.org/wlc/en/article.php?ModuleId=10008065.
Biography
George Gross served as a tank commander with the 743rd Tank Battalion.