Group portrait of the staff of the Villa Saint Christophe in Canet-Plage. 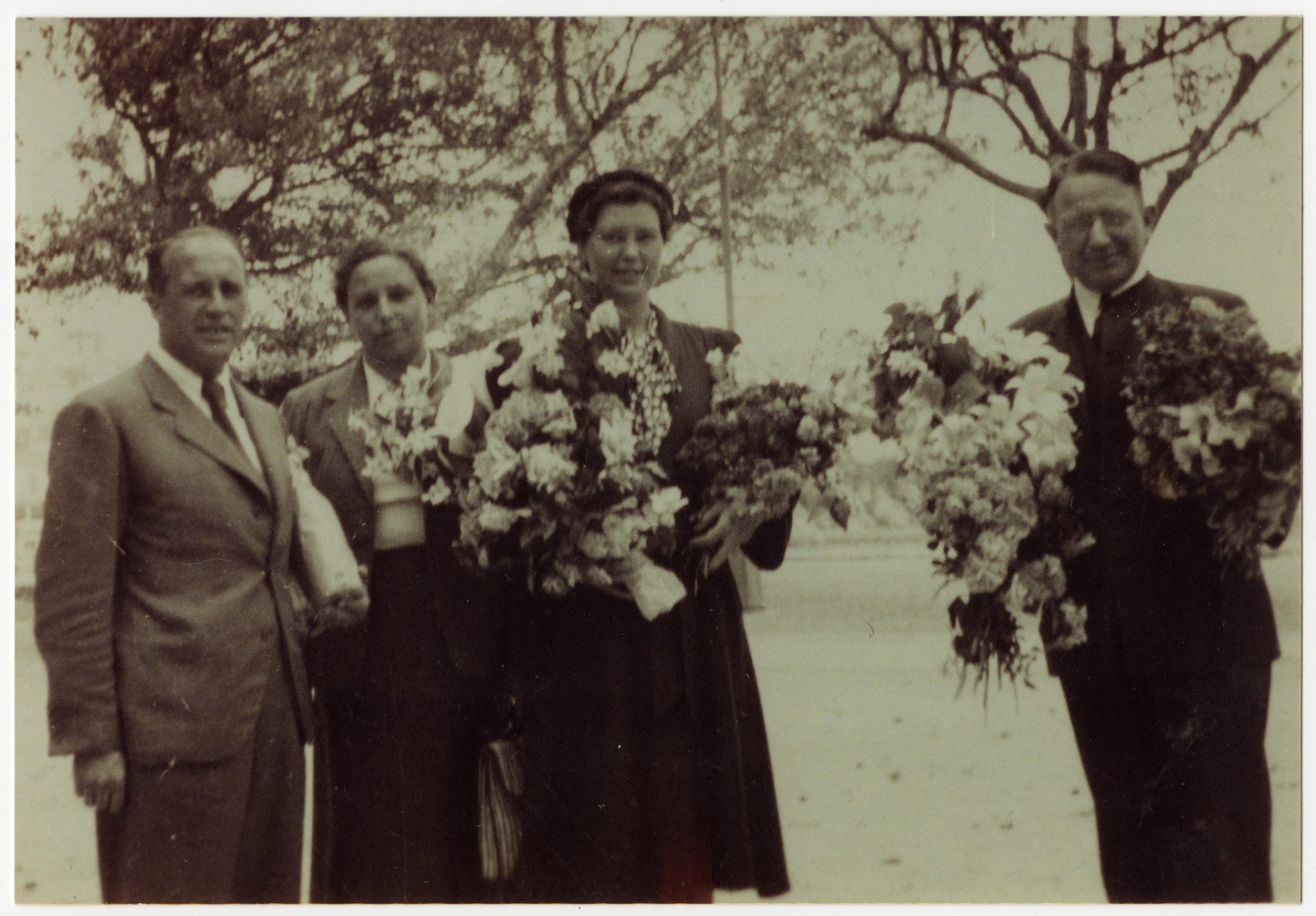 Group portrait of the staff of the Villa Saint Christophe in Canet-Plage.

Lois Gunden is pictured third from the left. Augustin Coma is on the far left. Next to him is Mme. Pepita and Joseph Byler is on the right.

Biography
Ginette (Gila) Druker is only child of Isaac Druker (b. 1905) and Lola Katz (Laja), b.1903) from Lodz. They married and moved to Danzig where Isaac opened up a kosher butcher shop. Ginette was born there on January 31, 1930. In 1937 Isaac came to Paris and Lola and Ginette followed the following year. In June 1940 Germany occupied Paris. On May 14, 1942, thousands of foreign born Jews including Isaac and his brother David were summoned to the police. Their identify cards were confiscated, and they were sent to the Pithiviers internment camp. On one occasion Isaac was allowed out of the camp to visit his family, and they managed to visit him a few times, but the family never permanently reunited. On June 25, 1942 Isaac and David were sent from Pithiviers to Auschwitz on the third convoy from France. Later that year he committed suicide by deliberately running into the electrified fence.

On July 16, 1942, French and German police conducted a massive round-up of foreign born Jews in Paris known as the Grande Raffle. Ginette and her mother, having heard rumors of the impending action, hid under a trap door in the butcher shop for 10 days. After the danger had subsided they decided to flee to southern France. However, police caught them and sent them to the Rivesaltes internment camp. In August Lois Gunden, a young American women working for the Secours Mennonite aux Enfants, came to the camp and persuaded Lola to allow her to remove her daughter to safety. She brought Ginette to the children's colony at Villa Saint Christophe in the town of Canet-Plage. 26 year old Gunden was the director of the home. Besides Ginette there were only four other Jewish children in the colony. The others were orphaned refugee children displaced by the Spanish Civil War. Lola was later placed on a truck transport bound for Auschwitz, but she managed to escape and made her way to the Chateau de Masgelier children's home where she worked as a cleaning woman until the end of the war. Gunden did all she could to protect the five Jewish children in the home despite the fact that French police came looking for them. On January 26, 1943 Lois Gunden was arrested and imprisoned in Baden Baden. She was later released in a prisoner exchange after Paris was liberated. A few months later, all the children were evacuated to a chateau in Lavercantiere, Deganiac. After Paris was liberated, Ginette reunited with mother. When she was 15 years old, sponsored her mother's sister Rose, she immigrated to the United States on board the Queen Mary on April 20, 1948. Her mother joined her the following year. Yad Vashem later conferred Lois Gunden with the honor of Righteous Among the Nations. She was only the fourth American to receive the recognition.