Portrait of a small band in prewar Lodz, Poland. 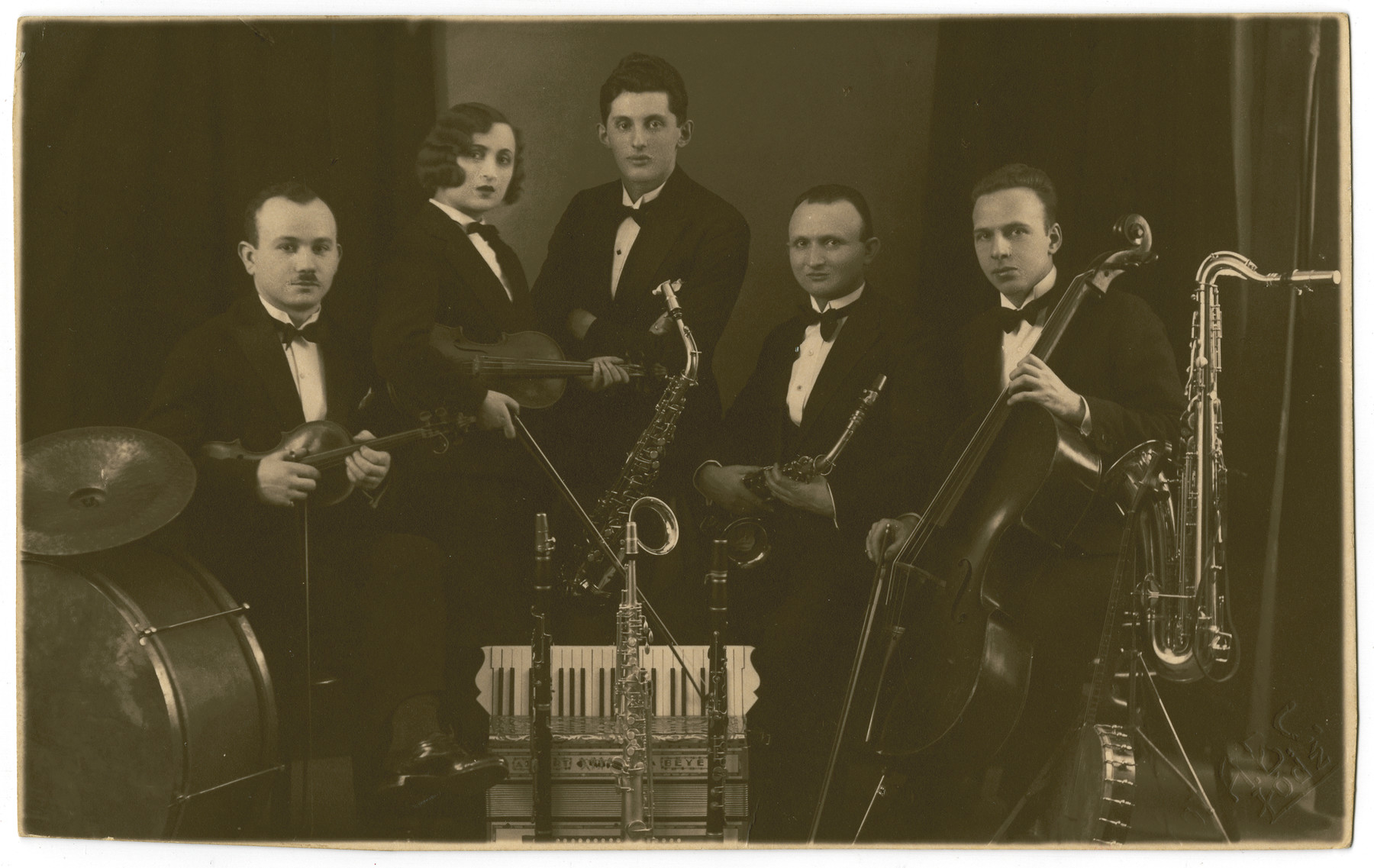 Portrait of a small band in prewar Lodz, Poland.

Avrum Feder (a cousin of the donor's grandmother who peished in the Holocaust) is pictured in the center. Maurice Bergen (grandfather of the donor) is on the far right.