Members of the Frankfurt GI Council load supplies onto a truck to take to Jewish displaced persons in need. 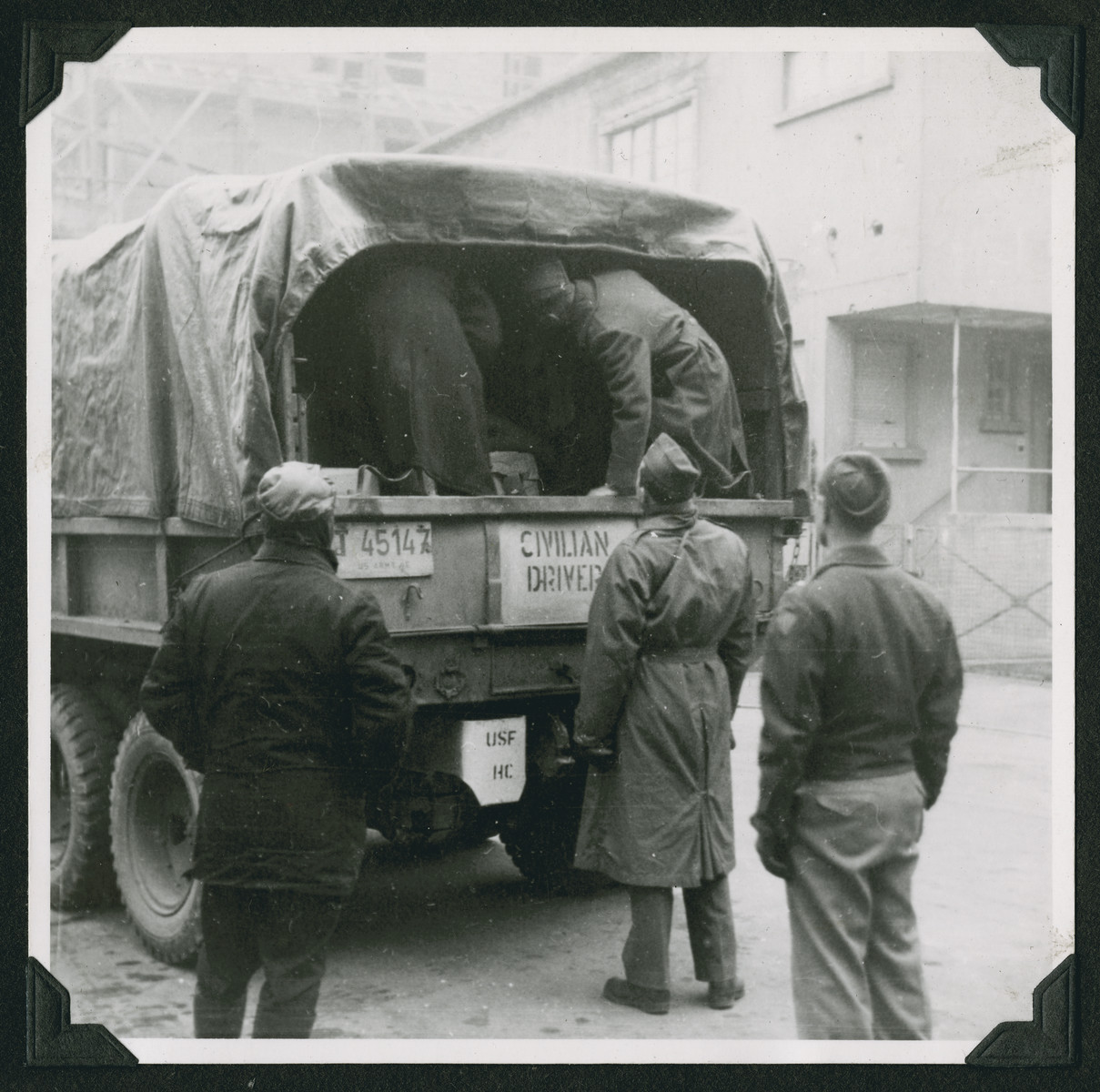 Members of the Frankfurt GI Council load supplies onto a truck to take to Jewish displaced persons in need.

Chaplain Miller wearing the woolen cap is looking on.