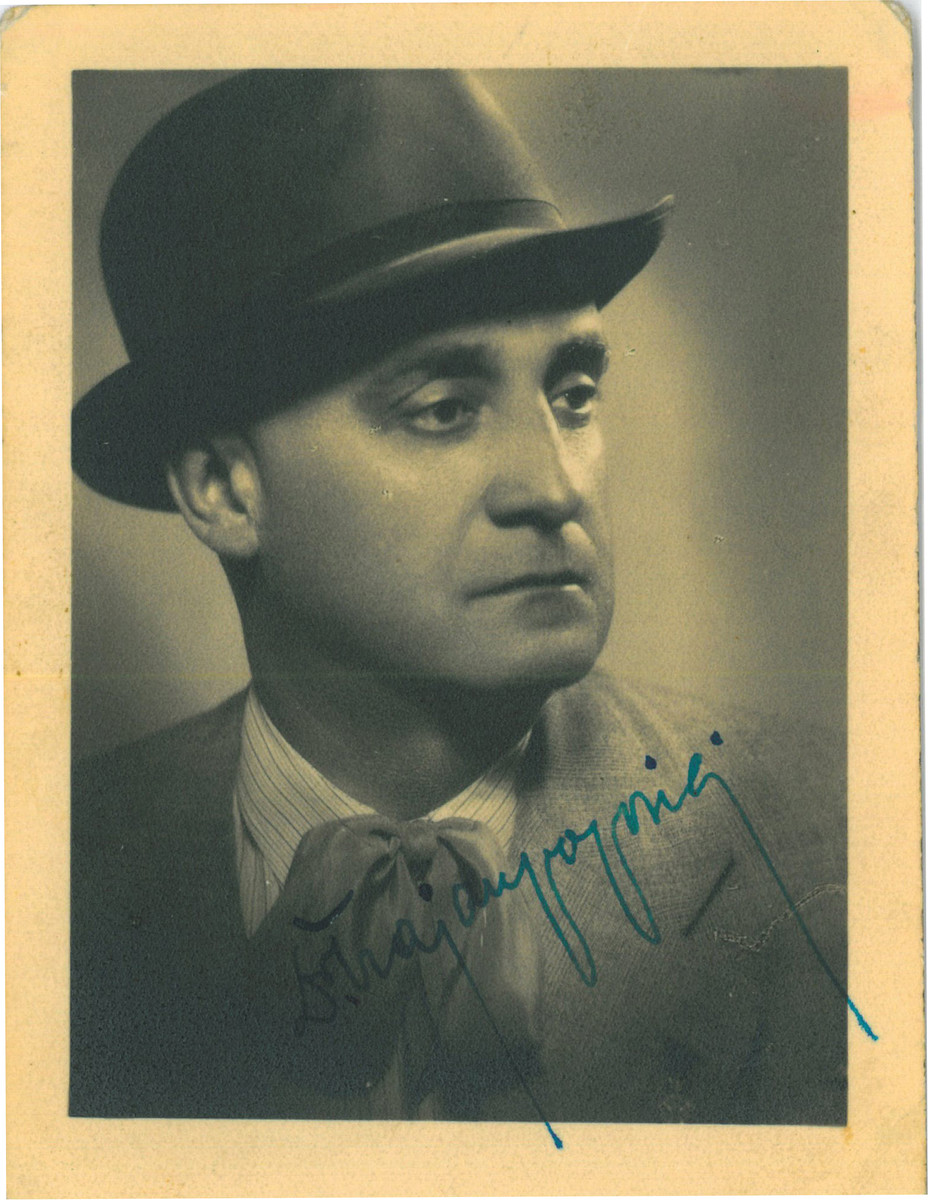 The original inscription reads: "To Ms. Sylvia Tuttman , daughter of an anonymous friend with the feelings for a tired child of an unfortunate nation and of more unfortunate parents, an understanding soul of the tragedy which unfolds"
2VII 942
Traian Popovici

Biography
Trajan Popovici was Mayor of Cernauti (Chernovtsy) in Romania during the period of deportations in 1941-42. In June 1942, he received orders to carry out the second wave of deportations of Jews from the town. Instead, he protested to Marshal Antonescu about "the barbaric methods used during the evacuation of Jews from Bukovina" and began to issue special exemption passes (known as Popovici Permits), thus saving as many as 19,000 Jews from deportations.

Sylvia Marcu (born Sylvia Tuttman) was born in Czernowitz. Her father befriended Traian Popovici before the war. During the 1942 deportations, Popovici placed Sylvia and her parents on his list of people to save. Early in the morning, a person came to them and told them to come to Popovici's office without any luggage so as not to be suspected. They remained there for two weeks. During the evening a servant brought them food. The family slept on the carpets of his nearby office. One evening Traian Popovici gave Sylvie this signed photograph.