Dr. William Hitzig examines Stanislawa Czajkowska, (later Bafia) a survivor of medical experiments performed when she was a prisoner in the Ravensbrueck concentration camp 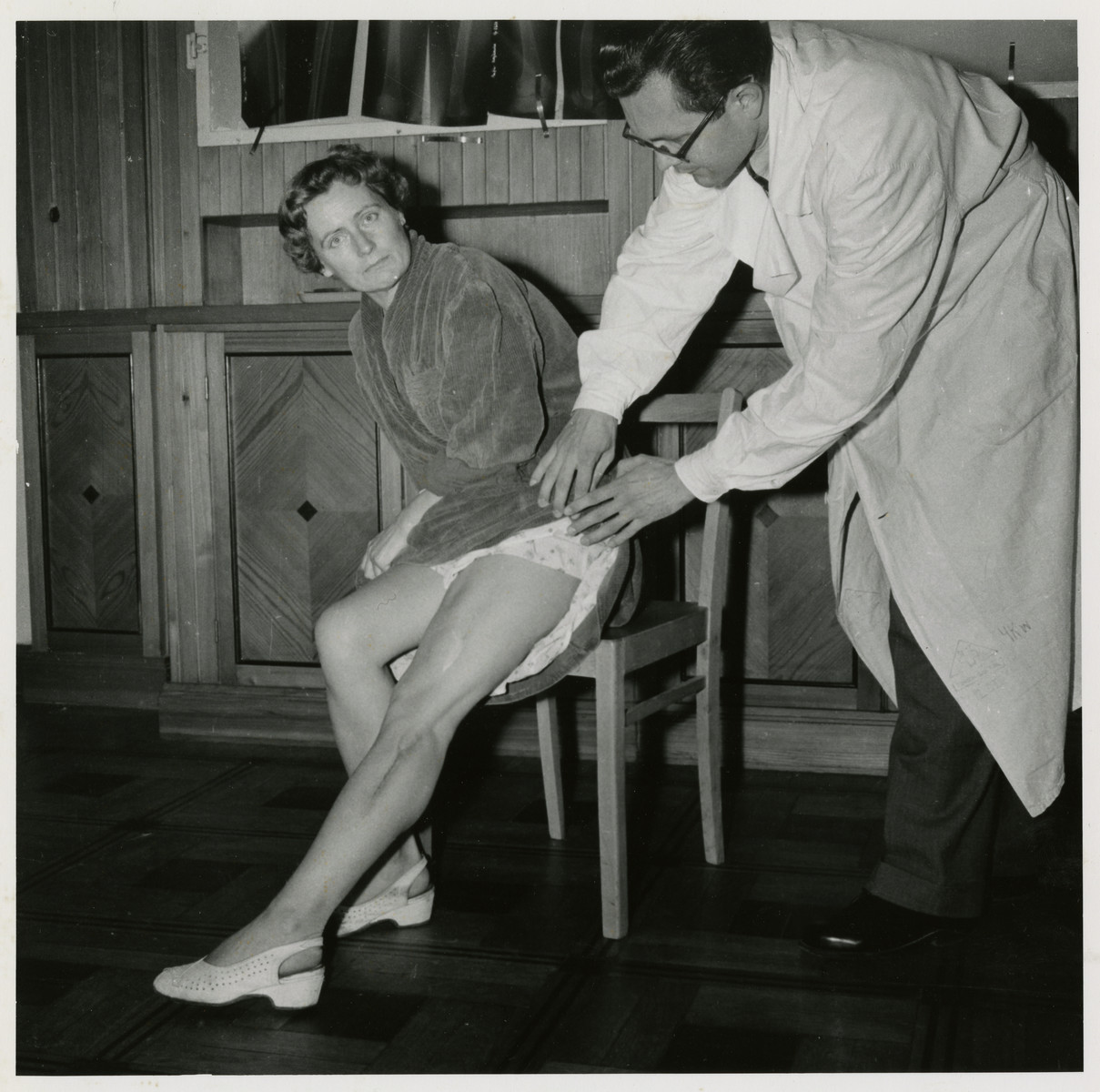 Dr. William Hitzig examines Stanislawa Czajkowska, (later Bafia) a survivor of medical experiments performed when she was a prisoner in the Ravensbrueck concentration camp

Biography
Bogumila Jasuik (born Bogumila Babinska) was born in 1915 to a Polish Catholic family. She grew up in Krzemieniec where her father worked as a teacher. After completing high school she went to study in Warsaw and graduated from the University of Commerce with a Master's degree in business. After the start of World War II, Bogumila began working for the Polish underground. In 1941 she was caught, arrested and sent to the Lublin prison where she was beaten and tortured. Then in September 1941 she was sent to the women's concentration camp of Ravensbrueck in a so-called special transport. She performed forced labor, twelve hours a day. Among her tasks, she manufactured straw shoes for the Germany army. She also was chosen as one of the 74 "Rabbits" or guinea pigs for sadistic medical experimentation. German doctors experimented on her twice in November and December 1942, making four cuts on the muscles of her thigh. Then, in the beginning of 1943, they cut open her shin bone. She suffered severe pain and high fever and was very sick for months to come. However, despite the pain, she still had to return to work following the operations and labored for 12 hours a day knitting socks for German soldiers. In 1943 she and her few close friends started to send illegal, invisible messages written in urine between the lines to their families in Warsaw and Lublin. Bogumila's uncle was a member of the Polish Home Army (Armia Krajowa). Using couriers, he informed the Polish Government-in-exile in London and the Red Cross about these experiments. In August of 1943 Bogumila and the other "Rabbits" protested against the operations for which they were severely punished. The German camp personnel planned to execute them on February 4, 1945. Bogumila succeeded in hiding and survived thanks to the help of prisoners of various nationalities. When the Red Cross evacuated some Ravensbrueck prisoners to Sweden in early April of 1945, camp authorities would not allow the Rabbits to leave as they still tried to deny their existence. Instead, on April 28, 1945 they sent the Rabbits along with the other remaining prisoners on a death march. Though crippled, the women walked home without either water or food. After returning to Warsaw, Bogumila continued her professional career and married. She passed away in 1980 in Warsaw.