Prewar studio portrait of the Sadik and Opalka family. 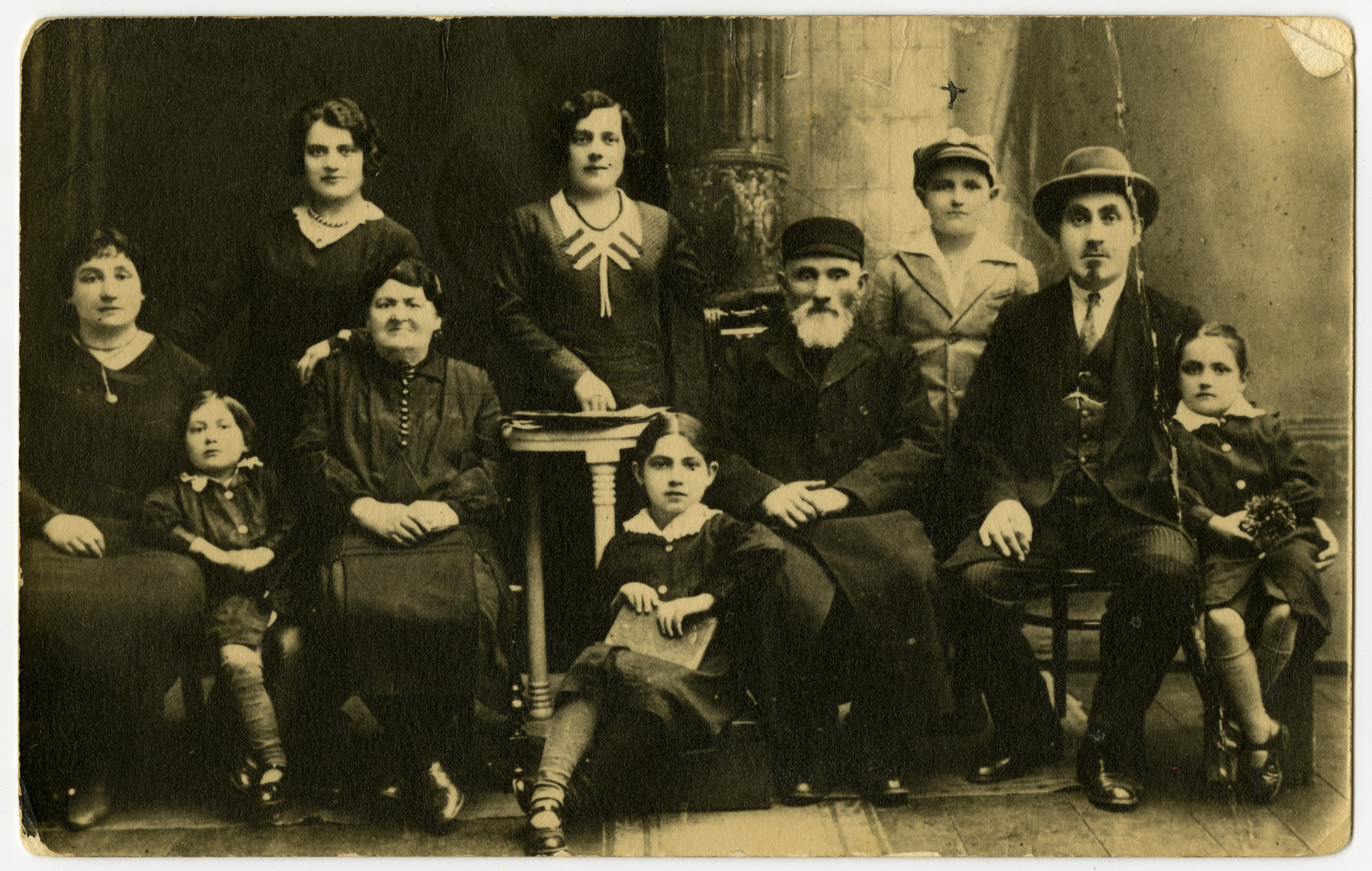 Prewar studio portrait of the Sadik and Opalka family.

Biography
Carla Sadik Blumenthal is the daughter of Nachman (later Nathan) Sadik and Miriam (nee Mirla) Sadik. Miriam was born in Nasielsk, Poland on July 11, 1912 (1915?) to Moshe (b. 1880) and Krjndel Mirla. Her father was a blacksmith. Miriam had five younger siblings: Czarna (b. 1914) and Leja (b. 1923), Yitzchak (b. @1929), Malka and Shlomo (b. @1933). Miriam married Yosef Skurnik before the war and gave birth to a son Chaim in 1935. Miriam and her husband and son were incarcerated in the Warsaw ghetto in October 1940; they remained there until they were sent to Majdanek in May 1943. Neither her husband nor her son survived. Miriam was later sent to Ravensbrueck and Auschwitz. Of her immediate family only her sister Malka Blotnik survived; she had spent the war in the Soviet Union.
Nachman Mendel Sadyk (later Nathan Sadik) was born on June 17, 1917 in Mlawa, Poland to Yosef Dowid and Ruchel Kala (nee Opalka) Sadyk. Nachman was the oldest and only son. He had three younger sisters He had three younger sisters Golda, Chaya Rivke, Gitel. Growing up, Nachman was responsible for many of the household chores including carrying the family's water to their home in pails. , His father a shoemaker and very orthodox. Nachman attended the Yavneh elementary school and belonged to Betar. After completing grammar school he went to work in a flour mill to help support the family. Soon after the start of World War II, the Germans occupied Mlawa and almost immediately burned down the synagogues in the town and decreed that all Jews wear stars on their clothing. Nachman's family remained together until the end of December when his parents and sister were shipped to a different ghetto. Nachman had hid with a neighbor during the round-up and then went to live with his uncle. In 1941, his family managed to return and they reunited. However in the autumn of 1942, the Germans began liquidating the ghetto. They first deported the elderly, including Nachman's grandfather, Abraham Eliezer Opalka. He was sent to Auschwitz and immediately killed. The rest of the Sadyk family was sent to Auschwitz in mid-November. Nachman's parents were killed immediately. He also never saw his sisters again though other prisoners told him that at least one sister had been spared the initial selection. Nachman was taken into Auschwitz I and taught to be brick layer. He spent the next two and a half years building new buildings. Shortly before the Germans evacuated Auschwitz, he developed an acute appendicitis. Jewish doctors performed the operation in the camp infirmary. As a result, Nachman stayed behind when the other prisoners were marched out and thus was spared the death march. Instead he was liberated by Soviet forces on January 27, 1945.
Soon after liberation, he met Miriam Mirla. She had escaped from a transport, hidden for a few days and then, having nowhere else to go, returned to Auschwitz. Nachman and Miriam remained in Auschwitz until Pesach and then together returned to Mlawa. Discovering they had no remaining family, they made their way to the larger cities in Poland and then, with the help of the Bricha, they traveled through Czechoslovakia and Hungary to Linz, Austria where they married in late 1945. They lived in the Steyr and Braunau displaced persons camps where Miriam gave birth to a son Moshe (later Murray Sanders) on August 5, 1946. In November 1948 they immigrated to the United States and settled in Buffalo where their daughter Carla was born in Buffalo.