The Ornstein family poses on a bridge in Heidelberg. 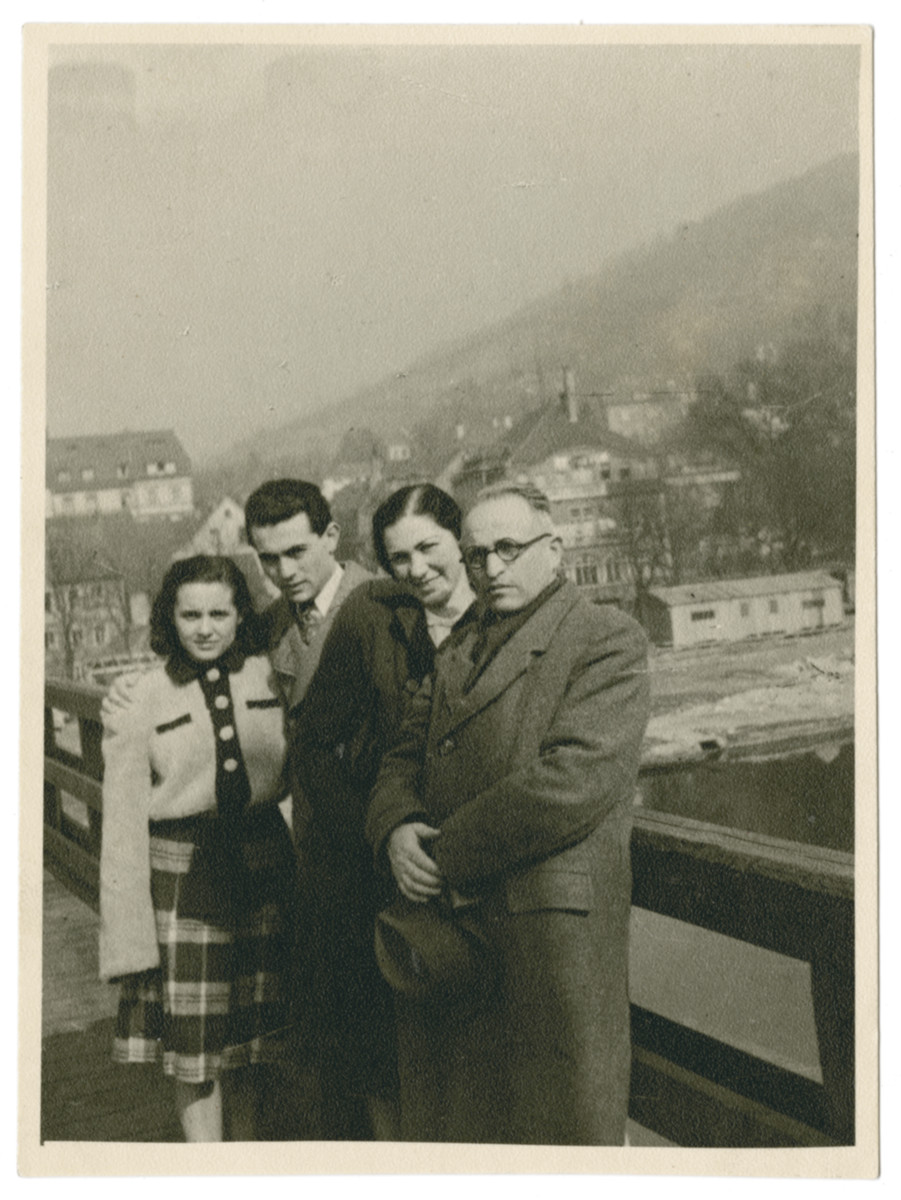 The Ornstein family poses on a bridge in Heidelberg.

Pictured from left to right are Anna and Paul Ornstein, Luisa Schwarzwald-Hornstein and Lajos Ornstein.

Paul Ornstein is the son of Lajos (b. 1896) and Frieda Cziment Orenstein (b.1903). He was born on April 4, 1924 in Hajdunanas Hungary. After serving in World War I, Lajos founded a bank only to lose his fortune in the 1929 crash. He then became an accountant and tax advisor for a flour mill. However, after anti-Jewish legislation prohibited him from working for non-Jewish firms, he again switched professions and became a secretary to the Jewish community. Paul helped support his family by tutoring younger children. Paul had four younger siblings: Judith (b. 1926), Zoltan (b. 1928), Tibor (b. 1931) and Lazlo (b. @1936). The family was religiously observant but spoke Hungarian at home. Paul attended a secular elementary school and cheder. Paul had hoped to immigrate to Palestine in 1939 but was unable to receive the necessary papers before the outbreak of the war. Instead he went to Budapest to study Jewish history and philosophy in the Neologue rabbinic seminary. His two brothers attended the Jewish gymnasium in Debrecen, and his sister studied to become a dental technician in Budapest. Paul's father, Lajos Ornstein, was conscripted into a forced labor battalion for six months in 1941. After the March 1944 German invasion, rabbinic students were forced to work in a transit camp at site of the seminary, though they still were permitted to live in their dormitory. However, in June Paul had to join a forced labor battalion on the outskirts of Buda where he was put to work building an airfield. After six weeks he was sent to the Russian front to dig ditches for brutal Hungarian soldiers and barely avoided being shot. After the Russians broke through the Carpathian Mountains, Paul escaped by feigning appendicitis and returned to Budapest. He went to the home of his aunt and uncle and learned that sister had been Judith was killed during the American bombing of Budapest the evening of Yom Kippur. Paul then discovered that Zionist friends from the rabbinic seminary were hiding in an annex of the Swiss consulate. Paul moved in with them and worked for Zionist underground from October until early January when Russians liberated Budapest. During the last days of the war, Paul and a friend escaped to Debrecen and made their way home to Hajdunanas to try to find relatives. He learned that his three brothers and mother had been deported to Auschwitz where they perished.