German passport and photo issued to Recha Centawer and stamped with the Nazi eagle.. 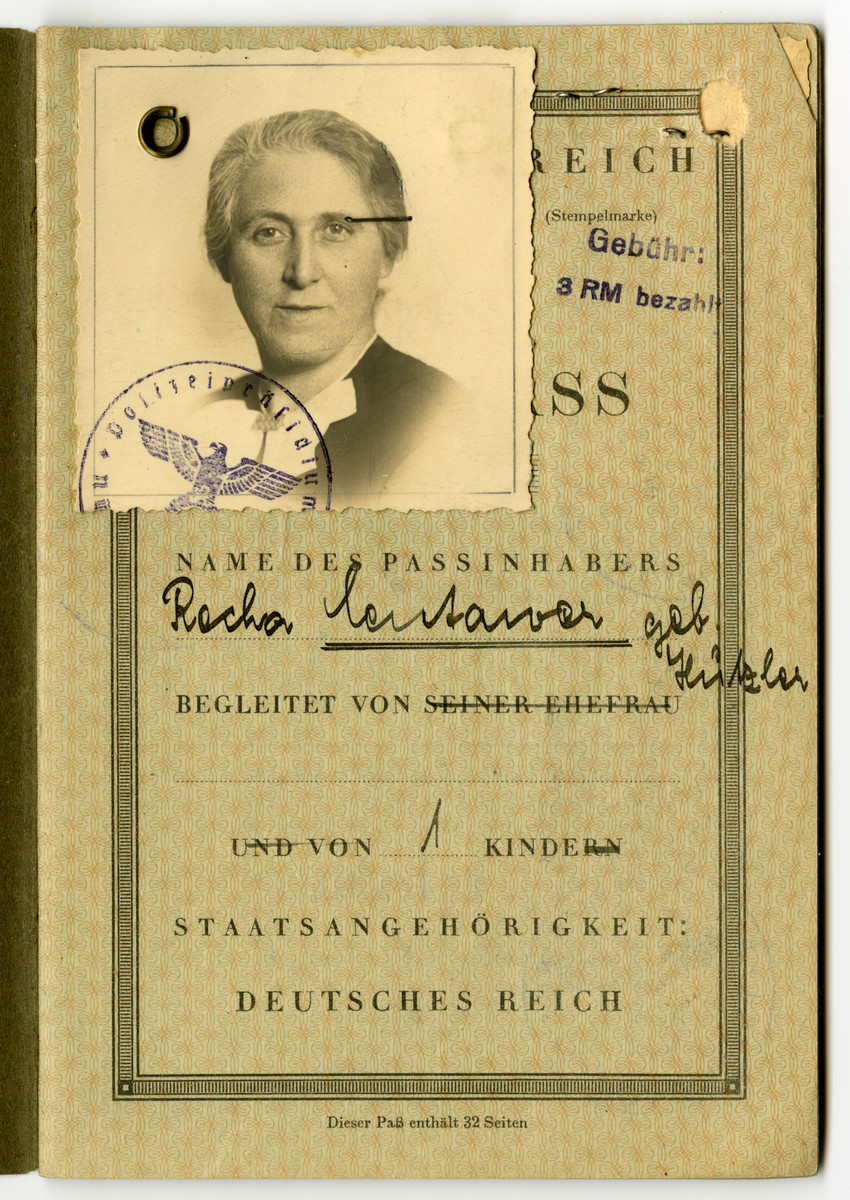 German passport and photo issued to Recha Centawer and stamped with the Nazi eagle..

Biography
Anneliese Marx (born Anneliese Centawer) is the daughter of James Centawer and Recha Centawer (nee Huetzler). Anneliese was born on January 10, 1930 Nuremberg Germany. Her mother was born on June 23, 1891 in Huettenbach, Germany. The Huetzler family was very wealthy and owned many department stores. A segment of the Huetzler family immigrated to the United States in the mid 1880s. Recha had four full siblings and nine half-siblings. James Centawer was born on July 21, 1888 in Nuremberg. He served as a lieutenant in the German Army during World War I and afterwards worked as the European trade representative for an electrical company. Anneliese attended the Israelitsche Folkshul that taught both German and Jewish subjects. She was once beaten up by a member of the Hitler Youth for impersonating a German since she had red hair and freckles. In 1936 they had to move because their block had been declared Judenfrei. Anneliese and her parents immigrated to the United States in 1938 sponsored by three of Recha's siblings who has previously immigrated. During the war years, James Centawer worked for the Office of War Information's censorship bureau and for the U.S. Treasury Department. Anneliese graduated from Hunter College high school and then another German Jew, Gunther Marx (b. 1926, Remscheid) while attending Hunter College. Gunther immigrated to the United States via England with his parents in 1939. He and Anneliese married in 1951. Though Anneliese and her parents survived, three of Recha's half-siblings and one of James' siblings perished in the Holocaust: Siegmund, Huetzler, Leopold Huetzler, Ida nee Huetzler and Henrietta nee Centawer.