Members of a social organization in Klodawa gather to say farewell to a member who is about to emigrate. 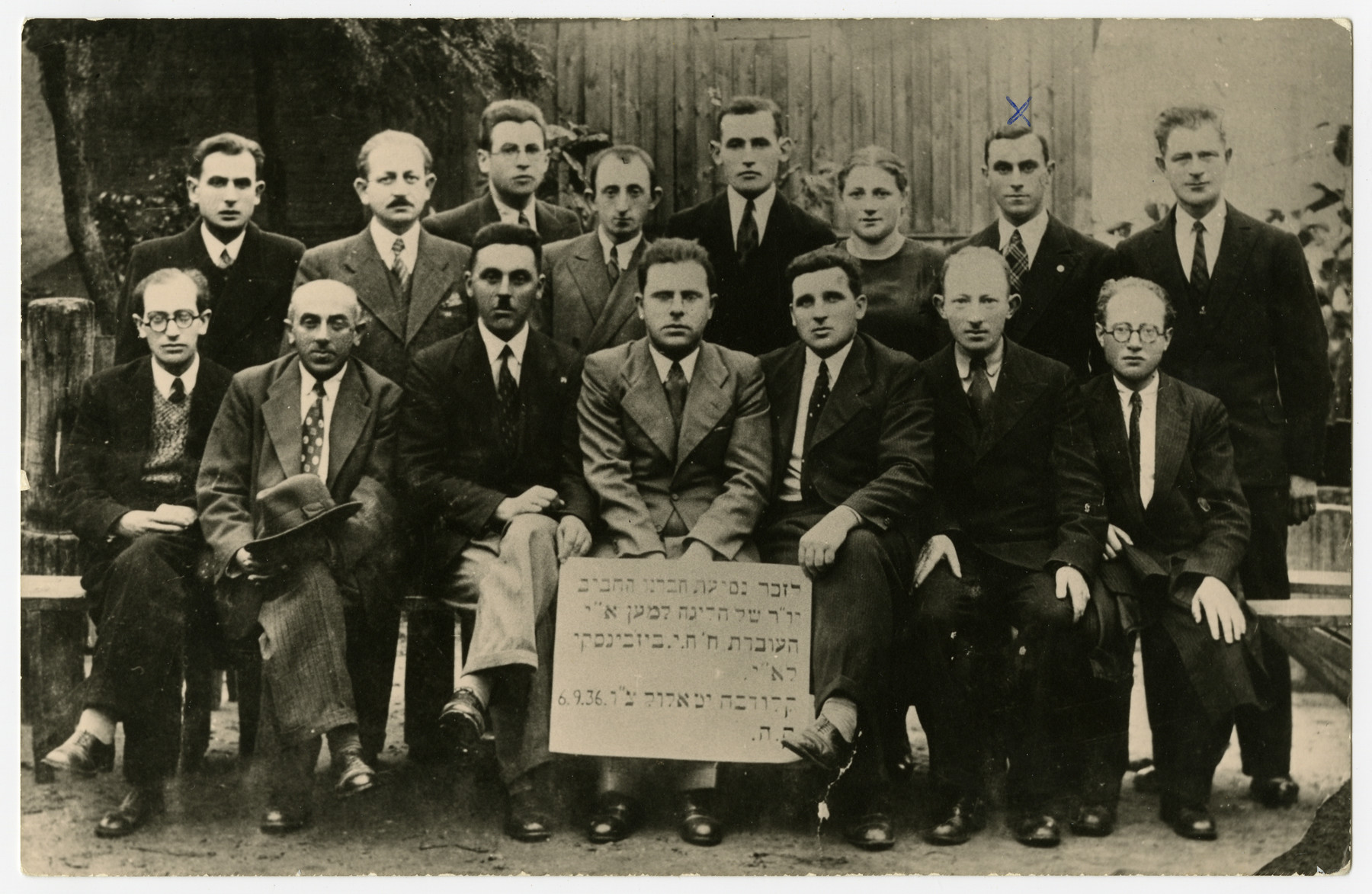 Members of a social organization in Klodawa gather to say farewell to a member who is about to emigrate.

Moshe Burdowski (brother of the donor) is standing second from the right.