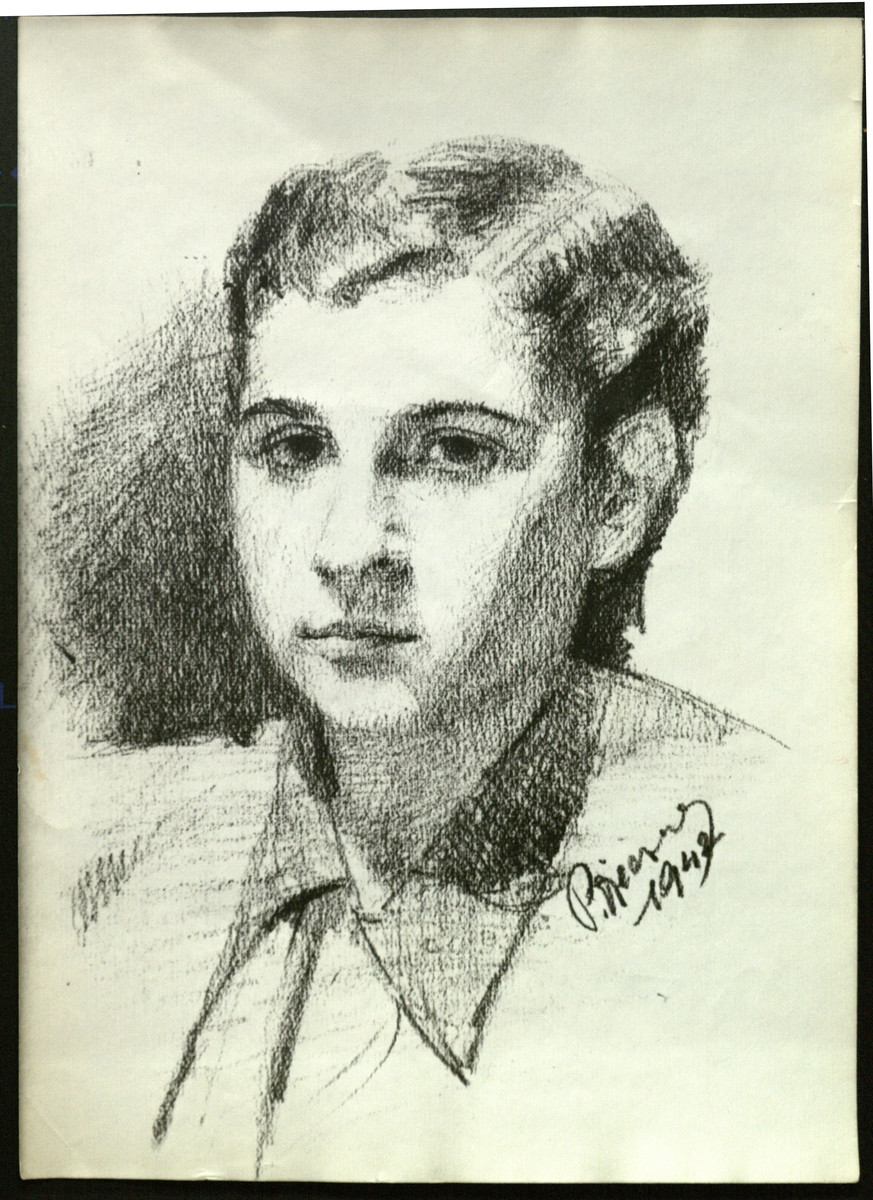 Biography
Paul Vjecsner was the son of Jakob Bernat Vjecsner and Piroska nee Tandlich (born in Kremnica, May 20, 1903). Jakob was a Hungarian citizen. Paul was born on March 2, 1926 in Bratislava, and he had one older brother Janos (Hansi), b. 1924. Paul's father worked as a salesman for a textile factory. When still an infant, the family moved first to Teplice in the Sudetenland, and then to Nemecky Brod. In December 1939, Eugene was arrested and briefly detained after someone reported that he had spoken critically of the Nazi government. In 1940 the family left for Gyongyos, Hungary and soon afterwards, Paul's parents separated. Paul and his brother lived with his mother in much more straightened circumstances. Paul and Hansi had to leave school; Paul worked as photography apprentice while Hans worked for a watchmaker. In 1944 German invaded Hungary, and the family was herded into a ghetto. Soon afterwards Paul and Hans were conscripted into separate units for forced labor. Paul never saw his mother again. Paul's unit, under the control of Hungarian soldiers, was sent to build German airfields. Paul received temporary relief from the harsh work conditions once guards recognized his talents as an artist and commissioned him to draw portraits of themselves and their families based on their photographs. After some time, probably in the fall or winter, the battalion was sent on a march towards Austria. Shortly before they crossed the border, members of the Hungarian Arrow Cross confiscated all of their possessions except for the clothes on their backs. After they crossed the border, Germans and Austrian guards replaced the Hungarian ones and other units converged to form one large march. Paul received almost no food on the march and instead subsisted on edible grasses and snails. He slept on the side of the road without shelter. The march went right through the city of Graz where some civilians threw food to the marchers. From there they walked northwest crossing the Alps. While crossing the mountains, Paul heard gunshots near the town of Eisenerz. As Paul moved down the mountain he saw the corpses of earlier marchers who had been massacred. Soon after, the column reached the Mauthausen concentration camp. There Paul was surprised to find his father and brother who had arrived separately. Paul, his brother and father then were marched to the Gunskirchen sub-camp. They remained there for a couple of weeks before being liberated by the American army on May 4, 1945, less than a week before Germany finally surrendered to the Allies. By then, all three men were virtual skeletons. Hansi died soon afterwards. The Americans brought the survivors to a provisional hospital in the town of Hoersching. After liberation Paul went to stay with relatives in Budapest. After half a year, he moved to Prague where he worked as a commercial artist drawing illustrations for a children's magazine and painting movie posters. In 1948 Paul immigrated to the United States at the age of 22 and settled in New York. Soon after immigrating he joined the army where he worked as a commercial artist designing recruiting posters and later continued his work as a civilian commercial artist. Paul Vjecsner passed away in 2013.