Emil and Elze Goldberg sit outside on the grass in postwar Szczecin. 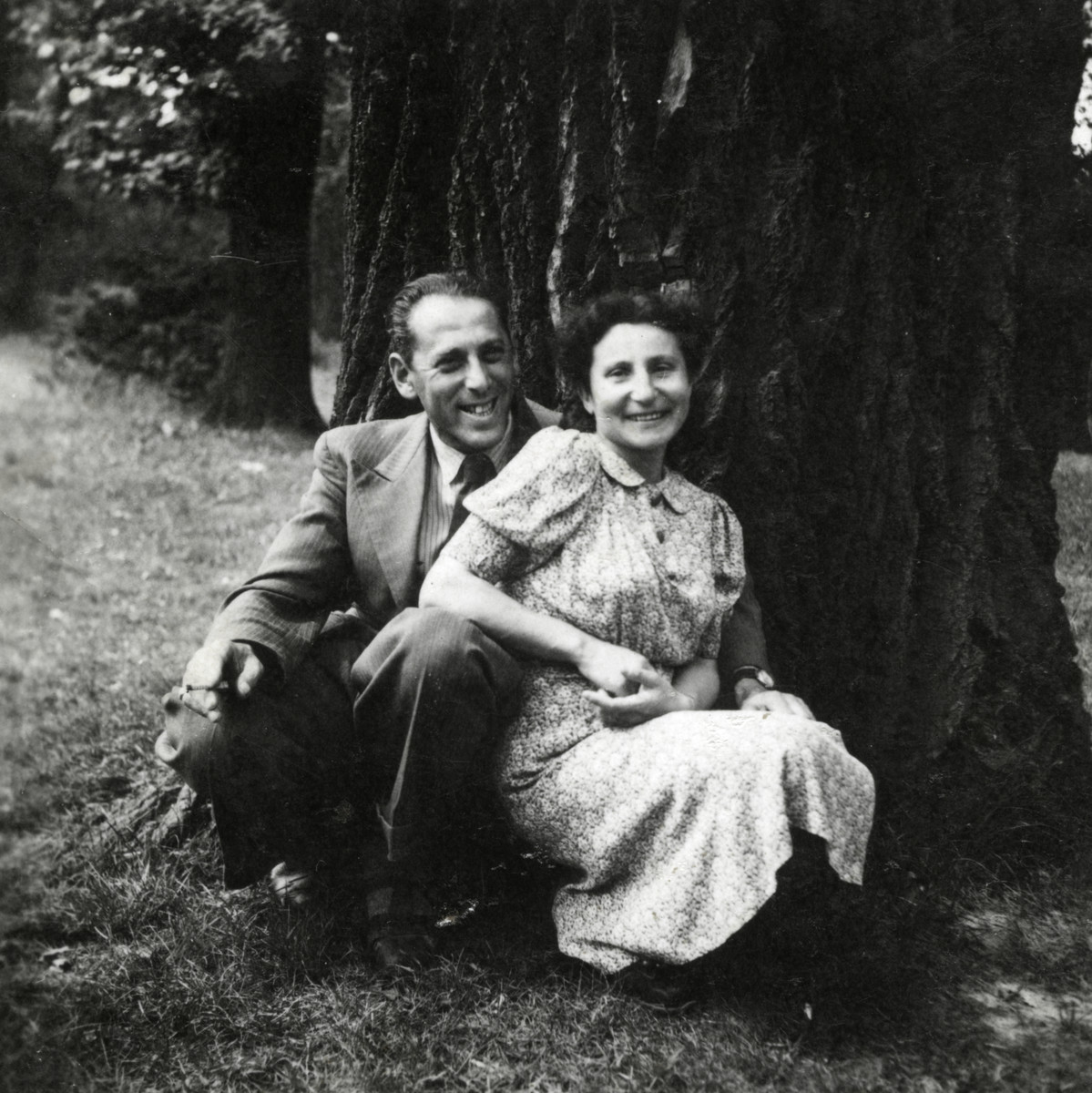 Emil and Elze Goldberg sit outside on the grass in postwar Szczecin.

Biography
Chava Halevy and Lea Whiteman were born after the war to Emil Goldberg (b.1911 Niepolomnice near Krakow) and Elze Steuer (b.1911 Bielitz-Biala). They had one brother Edwin (Eddy/Edik) born August 3, 1938 in Bielitz- Biala. Eva (Chava) was born May 26, 1946 in Szczecin, and Lotka (Lea) in Walbrzych on October 15, 1947. Emil was a dentist and prior to the war, Elze had an embroidery and linen store. Emil and Elze knew each other from the age of fourteen dated for ten years before they married in 1937. Emil belonged to Maccabi Hatzair and studied in gymnasium. In 1936 he received his diploma in dentistry. Emil was drafted to the Polish army and became a head of a military unit in 1939. Elze hid a civilian suit together with his military equipment. When the Polish army was losing the war, Emil took off his uniform and put on his suit and mingled among the Polish people. Elze remained alone with their little son Edik for a year under the German occupation while her husband was in the army. The young couple had agreed in advance that they would meet in Lvov if something happened. Elze took all of Emil's dental instruments and documents and wrapped them up with the help of her cousin. She and Edik crossed the river San from Bielitz to Lvov in a small boat. She left behind her sister Greta and her mother Charlotte Steuer. Both refused to flee with her to Russia. They were later deported to Auschwitz and killed in 1944. After arriving in Lvov, they met Emil's younger brother Hugo Goldberg, his wife Wanda and their little baby. However, within some days the entire family disappeared, and despite all the efforts to find them their fate is still a mystery.
In June 1940 the Soviet authorities rounded up the Polish refugees and deported them to Siberia. Emil headed the health and sanitation department of a big industrial plant and was in charge of medical, sanitation, logistics and nutrition matters regarding the workers. Elze worked as a nurse in the same plant. Their son Edik contracted spinal tuberculosis at the age of two. He was sick for four years and had a plaster cast over his entire body. Conditions were deplorable. There was inadequate food or medication, and malnutrition was rampant. Elze sold her rings and personal belongings for flour and bread and other necessities. On August 1, 1944- two days before his sixth birthday Edwin (Edik) died from his tuberculosis.
After the war Emil and Elze returned to Poland. Chava was born few days after their arrival in Szczecin where they stayed for two months. They found out that none of Elze's family survived the Holocaust. Emil's two sisters and families survived in Russia and also returned to Poland. Unwilling to return to Bielitz, now Bielsko, they moved to Walbzych where Emil got a job as a dentist in a public health center. Lea was born a year later. The family remained there until 1957. On April, 1957 they immigrated to Israel via Italy on a Greek ship. They settled in Petach-Tikva. Emil continued to work as a dentist, Chava and Lea grew up, served in the Israeli army and married. Each of them has three children. Emil died in 1978 at the age of 67, and Elze died in 1999 at the age of 88.