Six men pose for a picture in the Wegscheid DP camp. 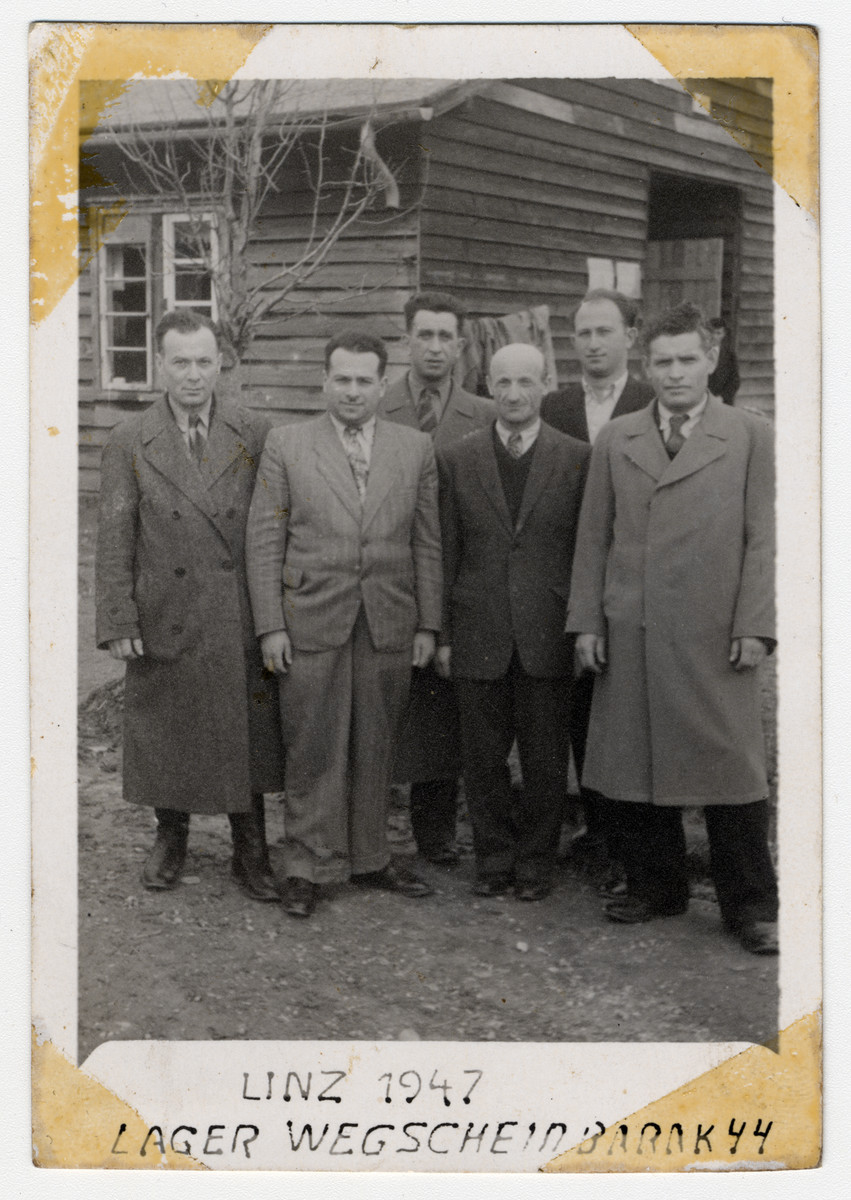 Six men pose for a picture in the Wegscheid DP camp.

Biography
Gita Feigen (b. 1911) and Boruch Swierdziol (b. 1906), parents of the donor, both from the village of Hermanovicze (presently in Belarus), were married before the German invasion of Poland. After their marriage, the couple relocated to the predominantly Jewish community of Glebokie. In July, 1941, following the German invasion of the Soviet Union, Glebokie was occupied by German forces and the town's Jewish residents forced into a ghetto. As neighboring communities were occupied by Germans, and Jews forced from surrounding town and villages, the population of the Glebokie ghetto grew to more than 6,000. Gita and Boruch as young people avoided subsequent actions targeting individuals deemed "unfit for work" which were carried out by German forces in 1942. The intensification of persecution and violence led a number of young people within the Glebokie ghetto to try and forge connections with partisans, both Jewish and non-Jewish, active in the surrounding area. Under the auspices of increasing partisan activity, the decision was made to liquidate the Glebokie ghetto in August 1943. News of the arrival of German forces and impending deportations spread throughout the ghetto. A number of residents readied themselves for armed resistance, and an uprising broke out upon the arrival of German forces. During the course of the uprising thousands of Jews were killed when a fire was set to thwart the uprising. Gita and Boruch, and a number of others rmanaged to escape and join partisans or find shelter with peasants. For nearly a year Gita and Boruch survived in hiding. The couple was liberated in July, 1944 by Soviet forces. After the war Boruch and Gita lived as displaced persons in Wegscheid, Austria where they had two children, Zalman (b. 1946) and Dora (b. 1947). Eventually the family immigrated to United States.