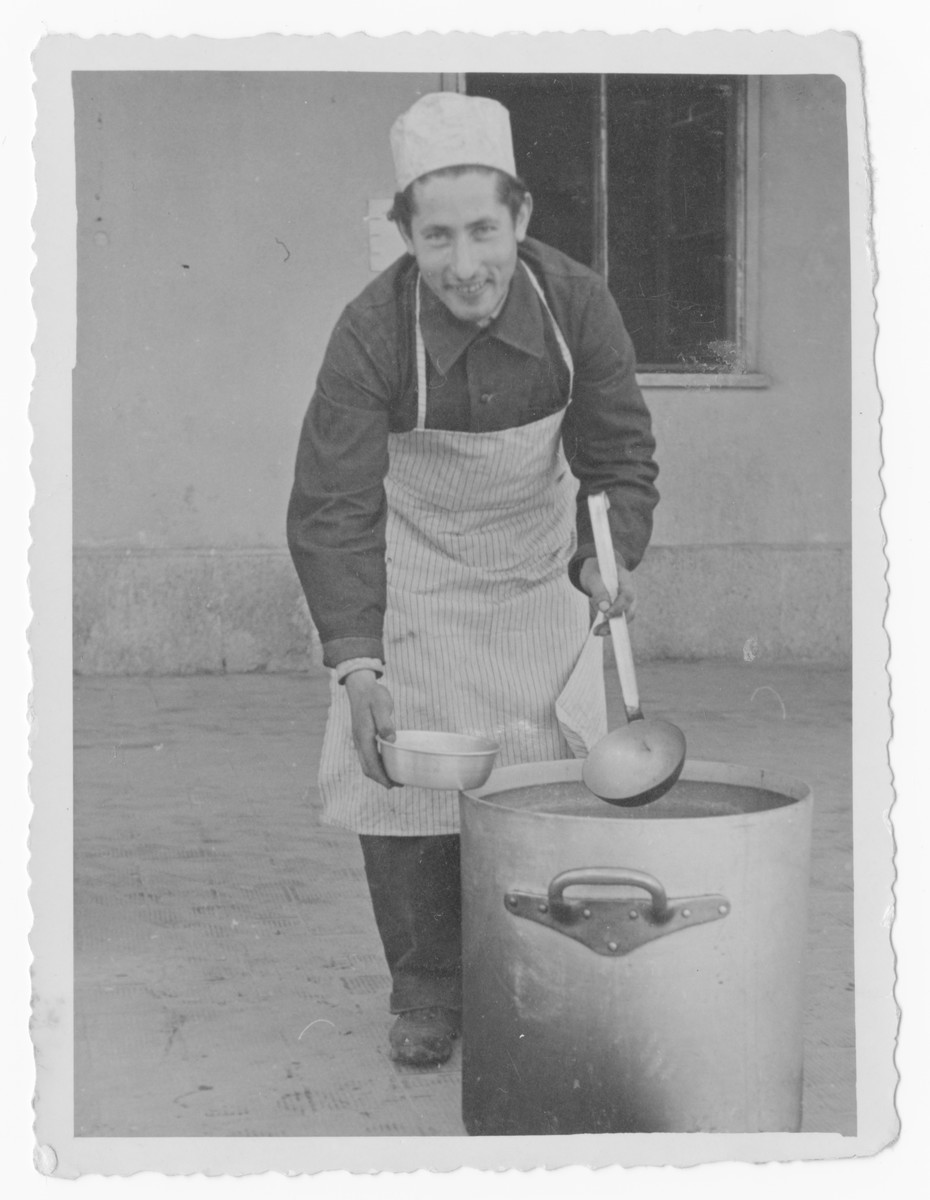 Biography
Bella Pasternak (originally Simon) was born on November 7, 1928. She was the seventh of eleven children, five of whom were half-siblings from her father's previous marriage. Bella's mother, Rose Simon, was very observant; her father, Isaac Simon worked as a blacksmith and carpenter/carriage-maker. Bella's maternal grandparents were Avram and Rikva Weinstein and her paternal grandfather was Josef Simon. Bella grew up in Urisor (renamed Alor under the Hungarian occupation), a mostly non-Jewish town in Northern Transylvania. At first Bella's family was prosperous and had close community ties. In August 1940 Hungary annexed northern Transylvania, and Romanian men were sent to the Ukraine to work as laborers: Bella's brother was conscripted for three years. In addition the Hungarian authorities outlawed the Romanian language and instituted several antisemitic restrictions. After completing four years of elementary education, Bella won a scholarship for high school and college, but was not able to go due to the 1941 Hungarian law which excluded Jews. In March 1944, Germany invaded Hungary. In May Bella's family was rounded-up by Hungarian soldiers and moved to the Dej ghetto a town near Cluj. A few weeks later, the Simon family was deported to Auschwitz-Birkenau. When she first entered Auschwitz-Birkenau, Bella was told by a man to say that she was 16 not 15, and because of this lie she was not sent to the gas chamber but rather selected for forced labor. Bella managed to stay with two of her sisters and two cousins in the camp. Her mother, father, youngest sister Hanna, and two brothers were presumed to have been killed in a gas chamber. After the war someone told her that another of her brothers was stabbed to death for refusing to eat non-kosher food.

From Auschwitz, Bella and her two sisters were transported by train to Kaiserwald, outside of Riga Latvia. They stayed in the Riga for only a short time before they were sent to Stutthof concentration camp and one of its sub-camps. She worked for two months digging trenches and burying the dead, and was also taken by the SS to several different farms to aid German soldiers by carrying their ammunition. By this time another of Bella's sister had joined them. One day while waiting for roll call, people realized the SS had gone, and so they scattered. One of the first things Bella did was capture a pig and kill it for her group to eat. Bella and her sisters decided to head back to their hometown of Urisor, and together they walked through Estonia and Hungary to Romania; from January 21 to March 17, 1945. Bella stayed in Dej, Romania working as a seamstress. In Dej, one of her sisters reunited with her husband and two other sisters married. Bella decided travel to the American zone of Austria where her brother was living. Bella was aided by an underground Jewish group and used false papers to cross the border. One of Bella sisters and her husband also came with her.
Because Bella was under 18, she was able to travel to the United States, and in 1946 she took a boat to New York City. There she worked in a dress shop and took night classes. Bella lived with her mother's first cousin's family until 1953, when she married another survivor Bernard Pasternak on June 27, 1953.

Bernard (born Berl) Pasternak, born on August 17, 1924 in Viseu de Sus, Romania. He and his family moved to a ghetto in 1944 and one month were deported to Auschwitz. After a month, he was sent to Jawischowitz, a sub-camp of Auschwitz to work as a mechanic in a coal mine. In December 1944, he was evacuated on a death march into Czechoslovakia and then transported by train to Buchenwald, where he arrived in January 1945. A few days later he was taken to the sub-camp Ohrdruf, where he worked in a quarry. At the end of the war he returned to Buchenwald, where he was liberated by the United States Army. Following liberation he traveled to Budapest and spent time in a displaced persons camp in Salzburg before immigrating to the United States from Italy in December 1949.