Survivors of the Dachau concentration camp sort through a pile of clothing outside a building following liberation. 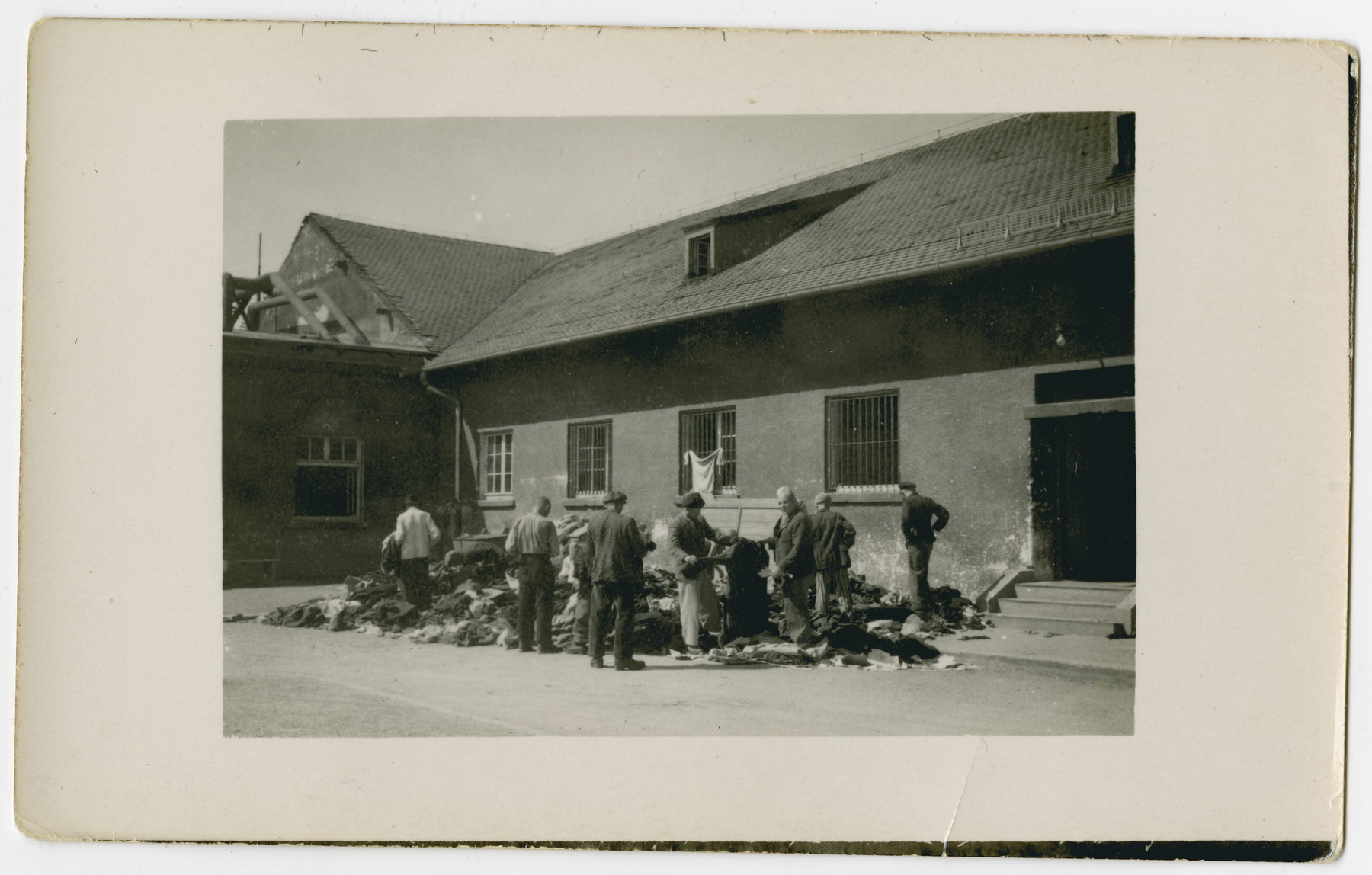 Survivors of the Dachau concentration camp sort through a pile of clothing outside a building following liberation.

Biography
Norman Coulson (b. March 10, 1920) trained briefly as an architect before he was drafted into the
U.S. Army in 1943 at the age of 21. In May 1945 he volunteered for a posting to the architectural/engineering office of the newly liberated Dachau concentration camp. Following the liberation of Dachau, the American army announced that it needed a trained architect to prepare the camp to house German war criminals. He arrived at Dachau three days after liberation. With neither a defined chain of command nor clearly articulated orders, one hundred American soldiers were assigned the daunting task of overseeing the dispersal of thirty-thousand prisoners from thirty-one countries in addition to supervising the executions of captured SS guards. During his year at Dachau, Norman provided architectural drawings for renovations to the camp to accommodate the onsite trials of war criminals and designed gallows that shielded the executions from public view in light of increasing interest from the international press. He remained at Dachau for a full year before returning to the States. After leaving the army, Norman Coulson became a licensed architect in five states, and he served as the chief architect of the Baltimore City Hall.