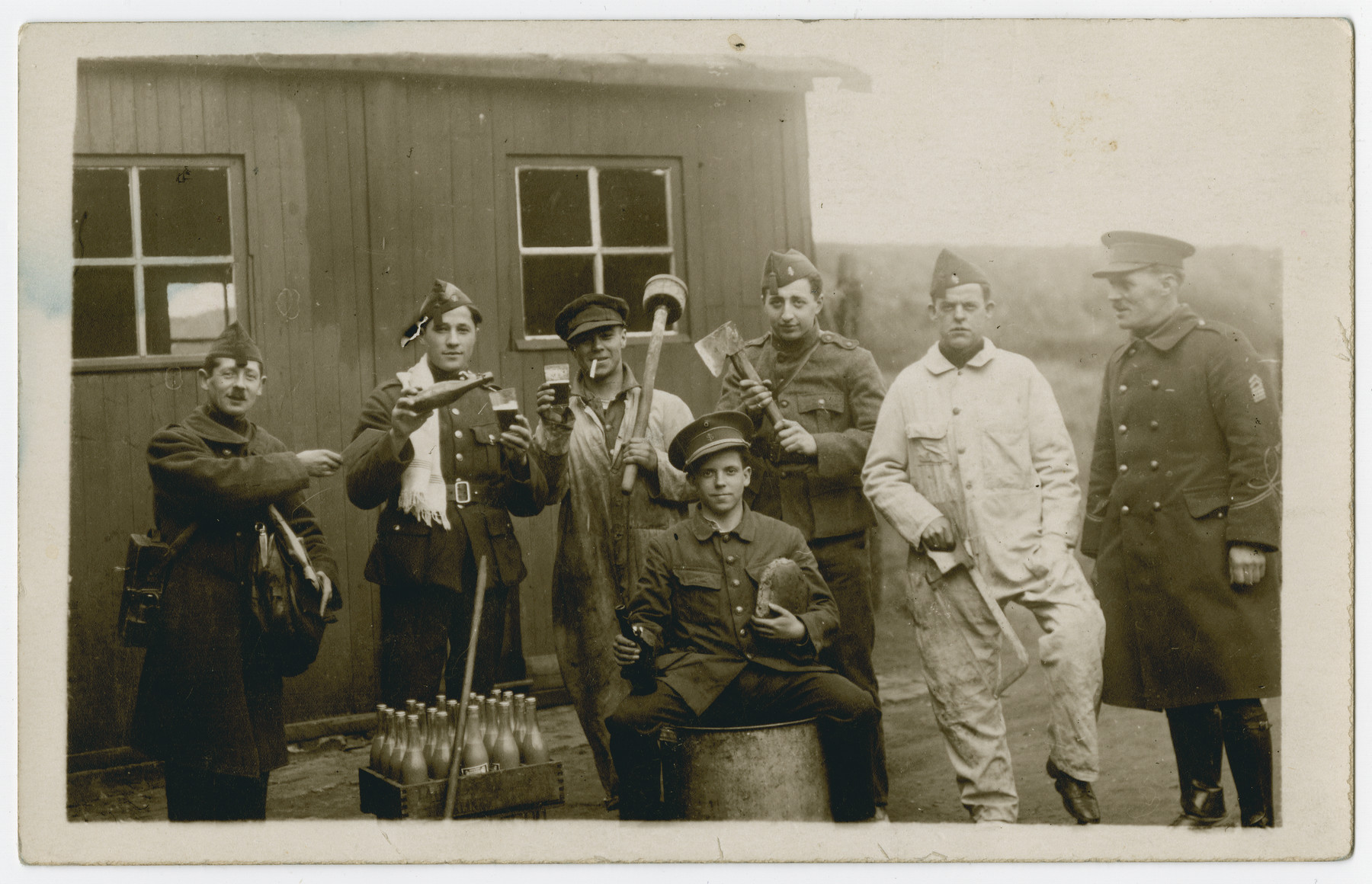 Leopold Guttman is standing third from the right with an axe.

[Note: The photograph was with other Stalag 10C photos but from the activity it is likely that this photograph may be prewar.]

Biography
Leopold Guttman (the father of the donor) was born on July 2, 1907 in Ville de SPA, Belgium. Before the war he lived in Antwerp, Belgium. His sisters and their families immigrated to the United States before the war. In 1938 Leopold volunteered for a Jewish relief agency helping refugees from Germany, and he became head of the housing section. An officer in the Belgian army, he was mobilized during Germany's 1940 invasion of Belgium and spent the remainder of the war as prisoner of war in Stalag X C-12. After the war ended, Gen. Eisenhower appointed him Military Governor of the Hanover province. Leopold Guttman sailed from Antwerp to the United States on May 10th, 1946, exactly six years after the German invasion of Belgian on board the SS Bartlesville Victory. Four years later he married Helen Zadan on March 28, 1950 and he became a U.S. citizen on August 9, 1951.