A wedding party in the Schwarzenborn displaced persons camp. 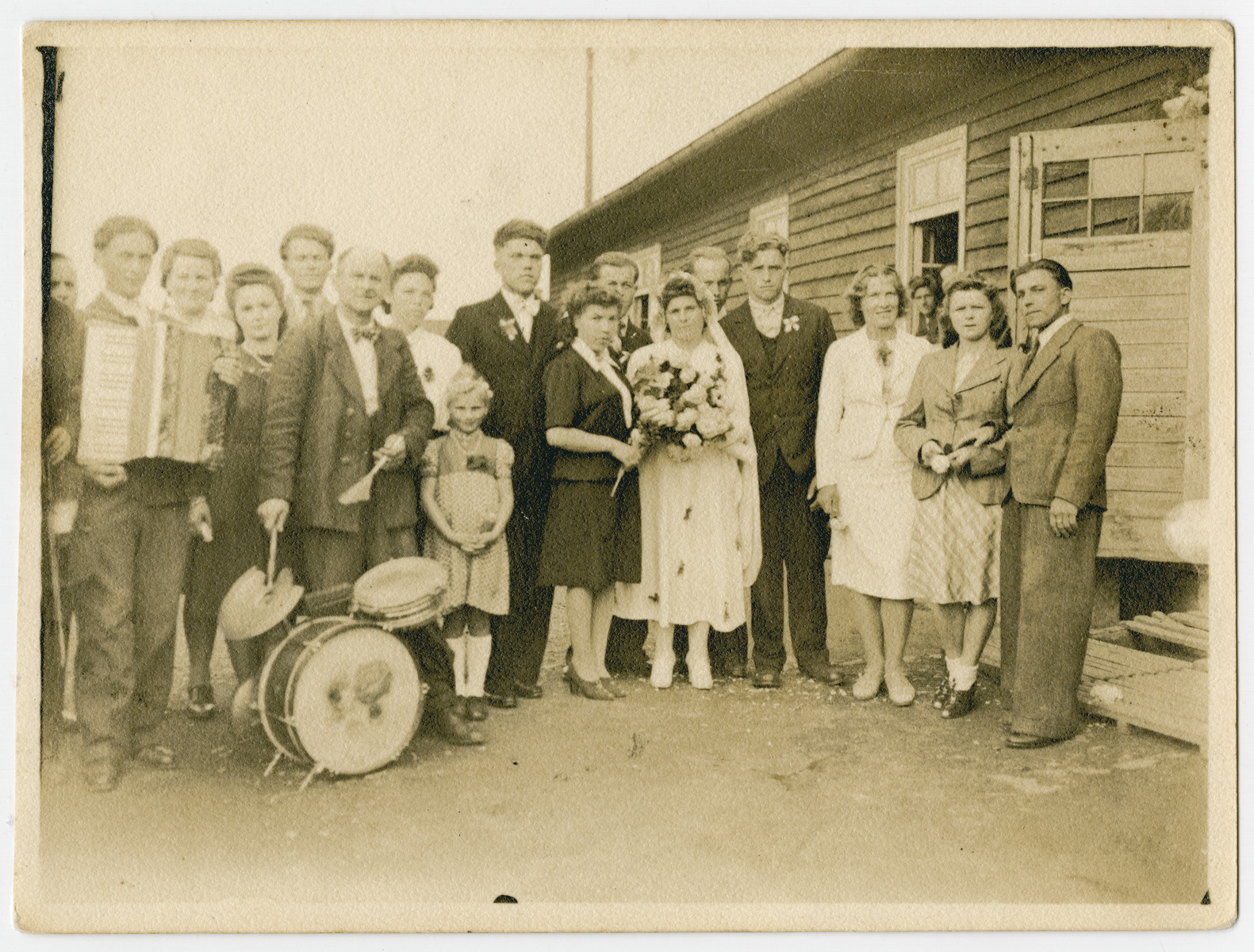 A wedding party in the Schwarzenborn displaced persons camp.

Biography
Jan (later John) Bodakowski was born in 1923, in Uhrynkowce, a village near Lvov. Shortly after the Germans invaded Poland, he was sent to a forced labor camp, where he worked transporting coal.
Helene Cenkar (later Bodakowski) was born in 1922, also near Lvov. During the war, she was sent to a forced labor camp. After the war, John and Helena married in the Schwarzenborn displaced persons camp, on June 6, 1946. By 1947, they were living in the Wildflecken displaced persons camp, where their son Joseph was born on June 1. The family left Germany for Brazil in 1948-49.