Photograph of Helmut Isenberg taken in the family residence in Vaduz, Liechtenstein. 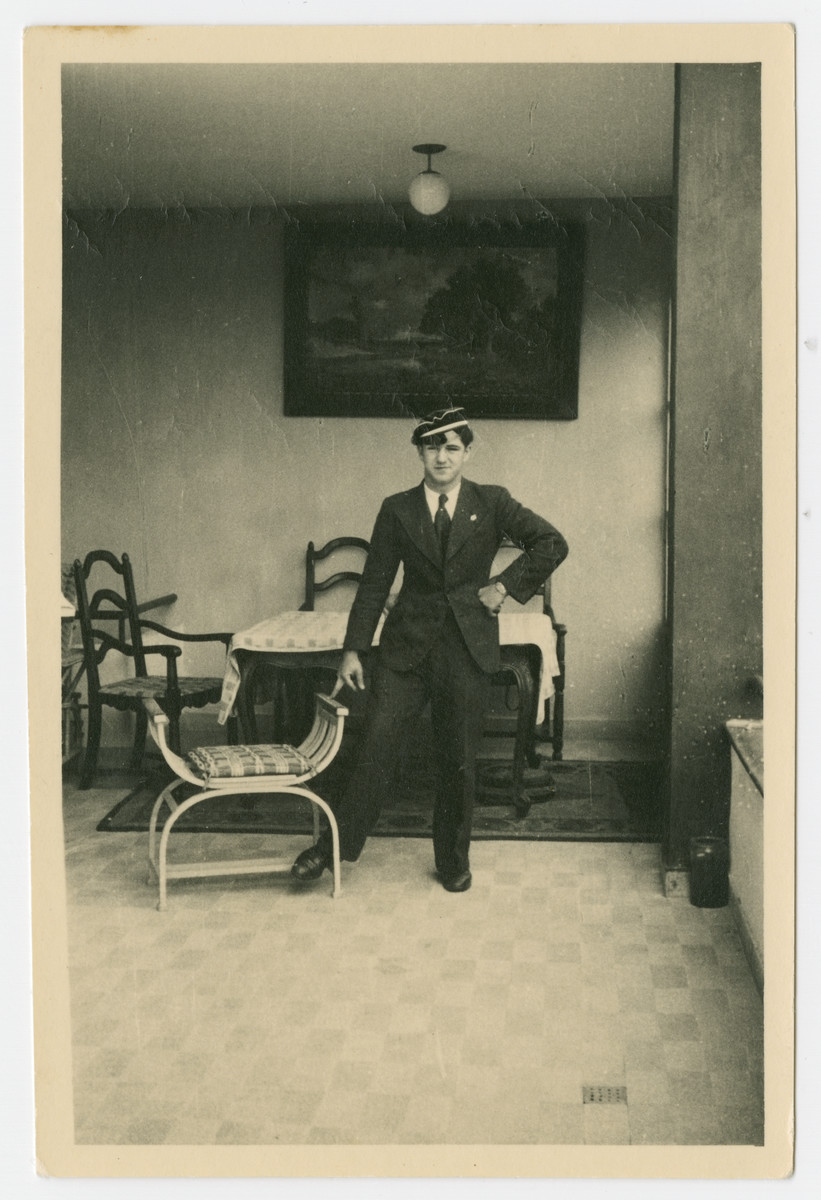 Photograph of Helmut Isenberg taken in the family residence in Vaduz, Liechtenstein.

Biography
Sally Isenberg and his wife Erna, nee Marx (grandparents of the donor) emigrated from Germany to Liechtenstein with their three sons, Artur (b. 1917), Helmut (b. 1919), and Norbert (b. 1923) in the 1930s. When the family departed for Liechtenstein they left many family members behind in Germany. A large number of these relations resided in and around the rural community of Gilserberg where the Isenbergs had lived for generations. Although the family had fled rising National Socialist persecution in Germany, the reach of growing antisemitism also touched the Isenbergs' lives in Liechtenstein. Sally, who was previously the director of a bank that dissolved in the course of the global financial crisis, became the subject of attacks in the local press. These antisemitic attacks continued over the course of 2 years and made the family a visible target in the small nation, then home to a little over 10,000 residents. Facing persecution in the press and growing political pressure to leave Liechtenstein, the Isenbergs immigrated to the United States in 1938. Sally and Erna's elderly mothers, Julie Isenberg and Bertha Marx, Sally's brother and sister, Sigmund Isenberg and Bertha Greif, as well as Erna's sisters Alice Marx and Henriette Suesskind, were also able to emigrate with their families prior to the outbreak of WWII. In the course of the war, Artur, Helmut and Norbert Isenberg all served their adopted country. Artur Isenberg was employed by the Office of War Information while Helmut and Norbert served overseas with the U.S. Army.