Eight year-old Daisy Goldszpiner (now Daisy Grob), the daughter of Blanche Goldszpiner, poses with a dog in front of a tree in pre-war Warsaw. 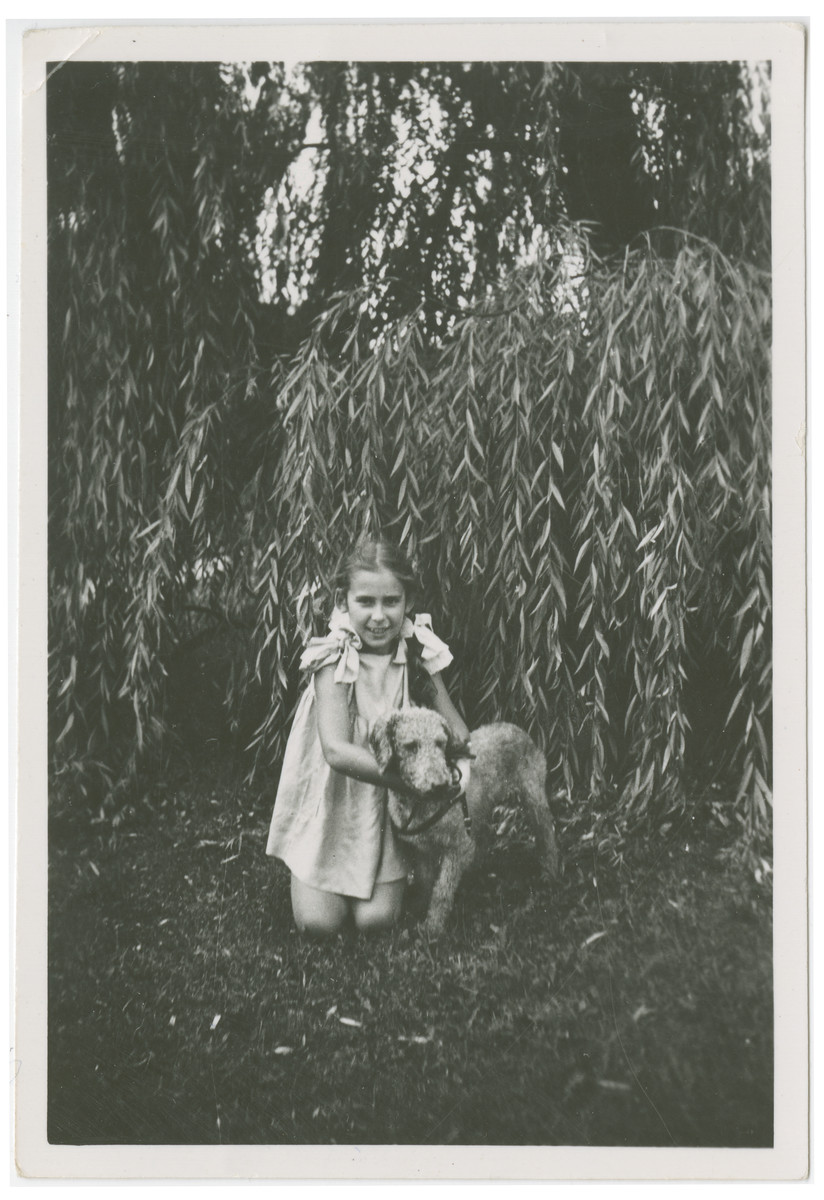 Eight year-old Daisy Goldszpiner (now Daisy Grob), the daughter of Blanche Goldszpiner, poses with a dog in front of a tree in pre-war Warsaw.

Biography
Blanche Goldszpiner, an American, worked as a phychologist at the American Consulate in Warsaw with Dr. Waldemar J.A. Wickman (father of the donor). Blanche's husband Mitchell had returned to the United States in April 1939 to attend the World's Fair on business. He was supposed to return to Warsaw on September 15, 1939. After the war broke out, Blanche was asked to leave the country with the diplomatic mission, but she thought that being an American would protect her and her daughter Daisy. By the time they wanted to leave, it was too late. Because they were Jewish, Blanche and Daisy were forced into the Warsaw ghetto. Daisy ultimately survived in hiding. Blanche died in the Dachau concentration camp.
Dr. Waldemar J. A. Wickman was the U.S. Public Health Service Medical Officer attached to the American Consulate in Warsaw who gave psychological testing to people leaving Poland for the United States.