Portrait of Nathan Froehlich who was killed at Dachau following his arrest on Kristallnacht. 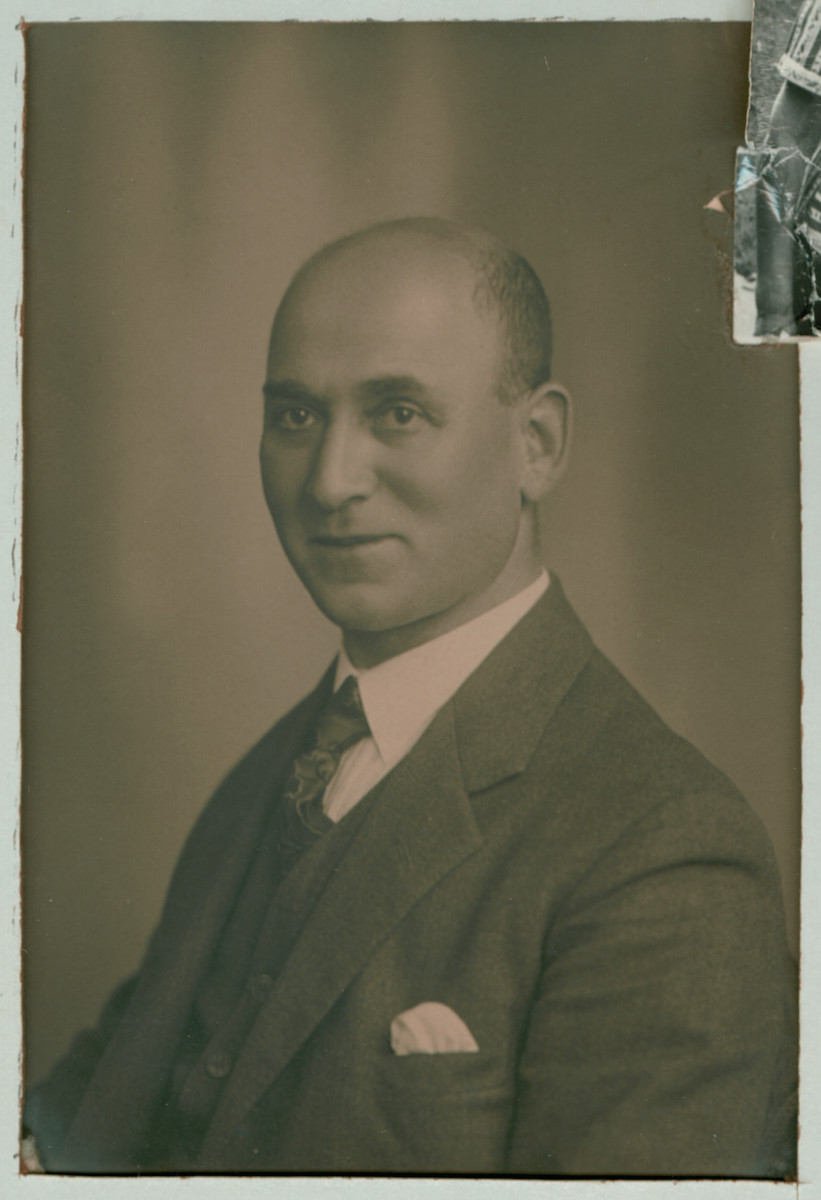 Portrait of Nathan Froehlich who was killed at Dachau following his arrest on Kristallnacht.

Biography
Nathan Froehlich (b. 1883), a veteran of WWI, owned a shoe store in Rottweil where he lived with his wife Elise (b. 1888) and sons Albert (b. 1920), Hans (b. 1923), and Max (b. 1926). In the mid 1930s the Froehlich family relocated to Stuttgart, a consequence of Nazi strictures which had shuttered Nathan's business. Following Kristallnacht, Nathan fled to a sister in Frankfurt who was married to a non-Jew, but concern for his family caused Nathan to return home. In particular, Nathan feared his eldest son Albert, who was seriously physically disabled, might be targeted. Nathan was arrested shortly after his return to Stuttgart and transferred to Dachau, where he perished. Witnesses recalled that Nathan, who had become seriously ill as a consequence of camp conditions, was physically thrown out of the infirmary because guards claimed he was faking his symptoms. He died shortly thereafter.

In the aftermath of Nathan's death, the Jewish Community in Stuttgart supported the Froehlich family and placed Hans in a position with their emigration office. Though he was only fifteen, the experience brought Hans in close contact not only with hopeful emigres, but also with those officials responsible for emigration process. In 1940 Elise, Hans, and Max Froehlich managed to secure their immigration to the United States through a distant relative. Albert Froehlich, who would have been unlikely to pass the physical examinations required in order to obtain a visa, remained in Germany. Although Albert Froehlich was left in the care of a Catholic home for the disabled, he was soon transferred to the Grafeneck killing center. Since early 1940 the Grafeneck Castle had been used as a site of the Nazi's forced euthanasia program targeting the mentally and physically disabled. Albert Froehlich likely perished shortly after his arrival.