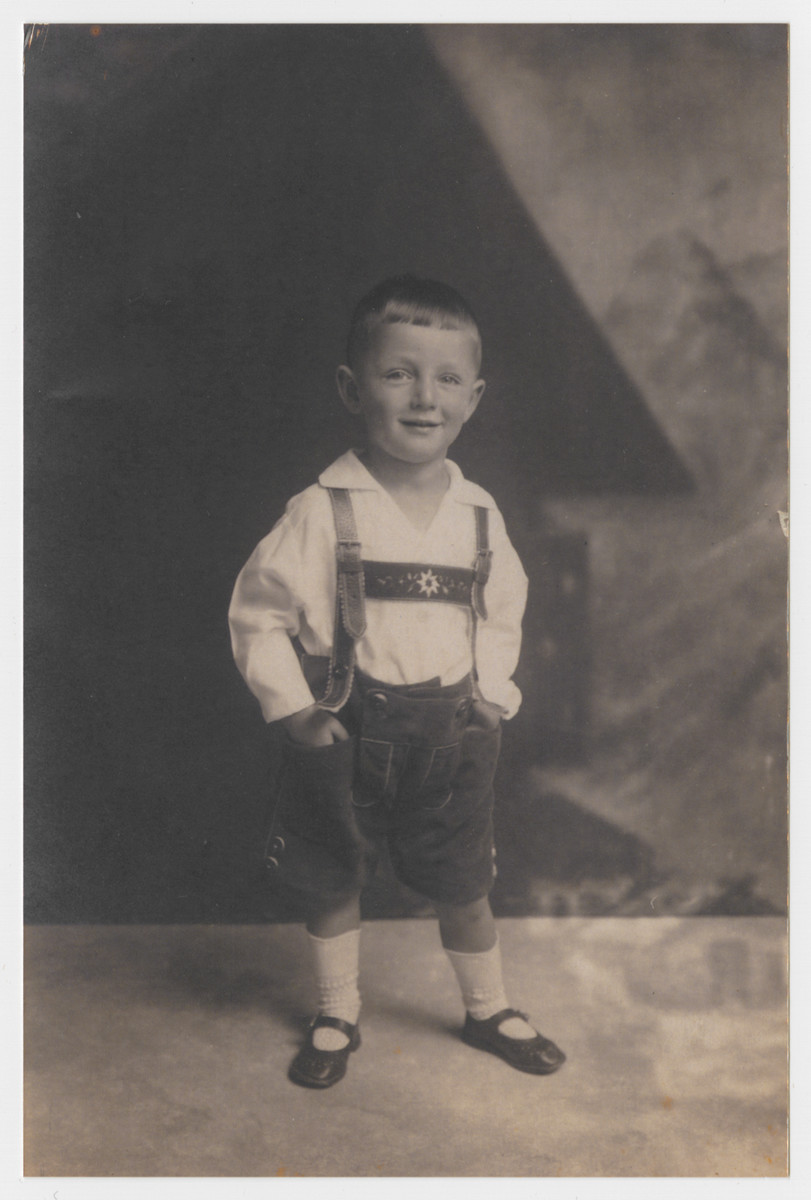 Biography
Hans Froehlich (b. 1923) was born the second of Nathan and Elise Froehlich's three sons in Rottweil, Germany. The family lived in Rottweil, where Nathan owned a shoe business, until the mid 1930s. As a consequence of the early boycott of Jewish businesses in 1933, Nathan decided to relocate his family to the larger city of Stuttgart. Following Kristallnacht, Nathan was arrested and sent to Dachau where he perished as a consequence of camp conditions and the treatment he received from the guards.

After the death of his father, Hans Froehlich received support from the Stuttgart Jewish community and was given a position in their emigration office. Hans' position improved the Froehlich's prospects for leaving Germany, and in 1940 Hans, his younger brother Max and his mother Elise immigrated to the United States. Albert Froehlich, who was born with severe physical disabilities and was unlikely to pass the physical examination required for obtaining a visa, remained in Germany. Although he was left in the care of a Catholic home for the disabled, Albert was soon transferred to the Grafeneck killing center. Since early 1940 the Grafeneck Castle had been used as the site of the Nazi forced euthanasia program targeting the mentally and physically disabled. Albert Froehlich likely perished shortly after his arrival to the facility.