Studio portrait of Pauline Zellner Rothblum and her son Stanislaw, a Polish Jewish mother and son who were smuggled from Poland into Slovakia and then Hungary through the Kalb rescue network. 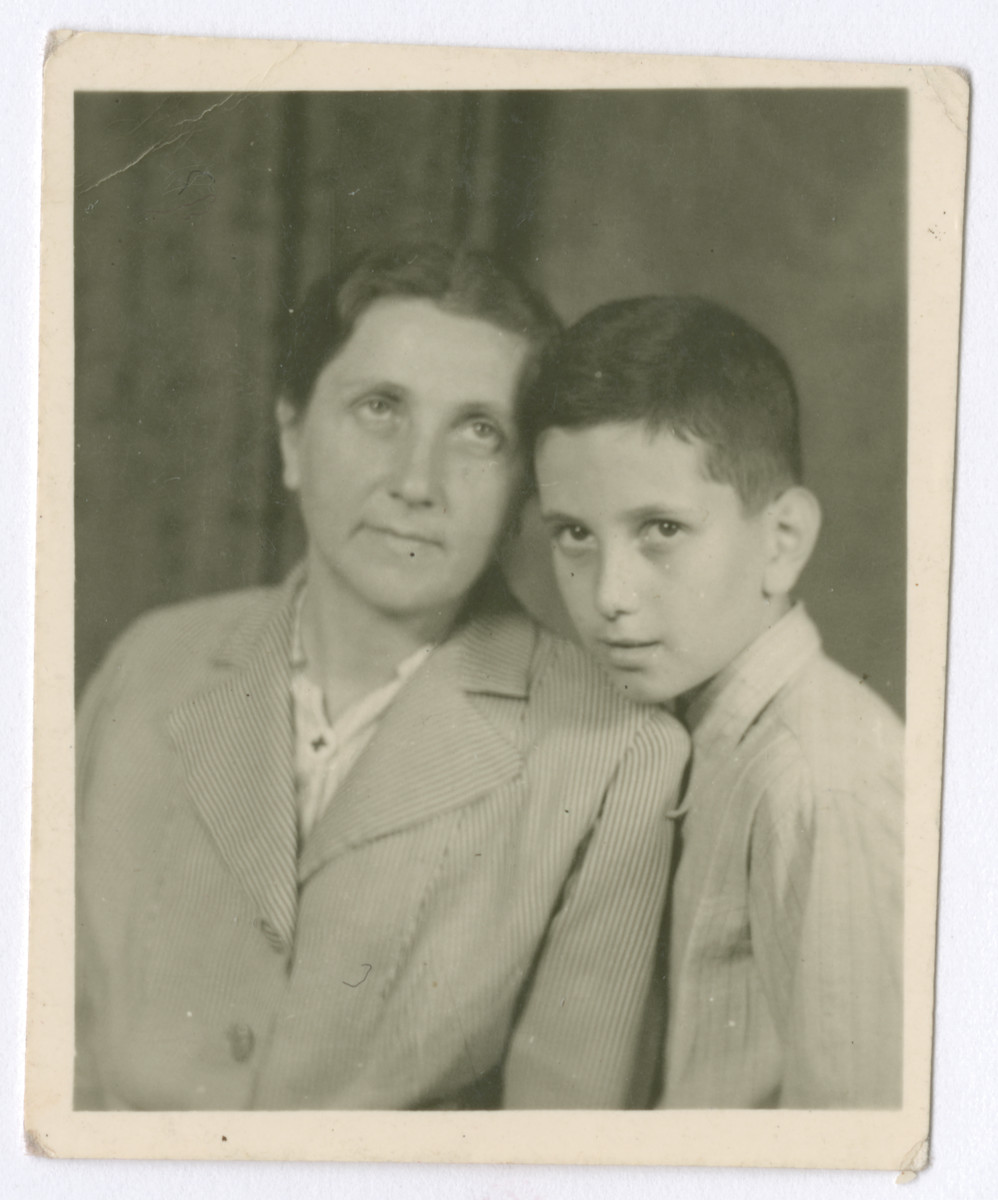 Studio portrait of Pauline Zellner Rothblum and her son Stanislaw, a Polish Jewish mother and son who were smuggled from Poland into Slovakia and then Hungary through the Kalb rescue network.

Biography
Stanley Ronell (born Stanislaw Rothblum) is the son of Edward Joseph Rothblum and Pauline Zellner Rothblum. He was born on June 7, 1934 in Krakow Poland where his father served as the chief accountant of a bank, and his mother worked a pharmacist. A German nanny took care of Stanislaw. Pauline's sister Frieda Silberring lived across the street with her husband Nathan and two sons, Edward and Victor. Pauline came from family of 12 children. Two of her brothers immigrated to the United States before the war, and two lived outside of Krakow in the small town of Wieliczka. After the German invasion of Poland on September 1, 1939 Stanislaw's parents, aunt and uncle decided that they had to abandon their apartment and flee. They decided that the two men and Nathan's older son would leave first for Lvov and then bring the women and younger children once they found their way to the Soviet Union. Uncle Nathan Silberring and his son crossed the border safely. However Edward was caught by the Germans and imprisoned. He later died in Auschwitz in 1942. Meanwhile Pauline and Frieda decided to move to Wieliczka where their brother lived. He and his wife had a spacious villa that could accommodate everyone. Although the town was under German occupation, it was under the juristriction of the army, and life continued somewhat normally. Stanislaw even took violin lessons. However this did not last for long. Some months later the SS occupied the town. By summer all Jews had to wear a Jewish star on their outer garments. Surprisingly though, Stanislaw's uncle was permitted to keep his store. Conditions steadily worsened to include atrocities against the Jews which Stanislaw witnessed as a 7 year old. By 1942 Pauline decided to return to Krakow. At about the same time they received word from the Red Cross that Edward had died. The Polish underground found a job for Pauline as a live-in maid and obtained false papers for herself and Stanislaw under the last name Sonik. She had blond hair and blue eyes and could easily pass as an Aryan. As Stanislaw looked more like his father with brown hair and brown eyes, she told people he was her nephew. After a few months, an SS officer commandeered the apartment and expelled the owners. However he wanted to keep Pauline as a maid. As a result, Stanislaw had to remain hidden in a dark closet in their living quarters. After the SS officer nearly discovered Stanislaw, the Polish underground helped Pauline and Stanislaw move to a safe house, in an apartment owned by a Polish Catholic couple. Their new neighbors began to suspect them since they never attended church. To convince the neighbors that they were good Catholics, Pauline and Stanislaw accompanied their rescuers to church on Easter Sunday and took Holy Communion. Pauline's sister and nephew Frieda and Victor Silberring also came to Krakow, and the two sisters searched for a way to leave the country. Eventually they found a guide through the underground who escorted them across the Carpathian Mountains into Slovakia. Decades later, Stanislaw (now Stanley) learned that the rescue operation was organized by a Polish Jew living in Slovakia by the name of Ben Zion Kalb. The guide brought them to Bratislava. They remained there for several weeks and then proceeded on to Hungary. Stanislaw enrolled in school in Budapest still under his assumed name This proved fortuitous because the Germans invaded Hungary in March 1944, and the Rothblums had to go into hiding again. The Hungarian underground, arranged for the Silberings and them to be hidden by a Hungarian Christian couple, outside of Budapest, in a rat infested cellar. While in hiding, Stanislaw's mother taught him English to prepare for life after the war. During the latter part of 1944, the cellar that also served as an air an air raid bomb shelter. After liberation, they traveled to Vienna and then to France where they had relatives. Since Stanislaw had developed lung problems during the war, he spent the next nine months in an OSE sanitarium in southern France. There he also received his first formal education. He continued his studies in a lycee in Paris until 1949 when he and his mother moved to Montreal awaiting their visas to the United States. In 1951 they arrived in the States and reunited with Pauline's brothers.