Group portrait of teenagers from the Jewish lyceum in Cluj taken shortly before the German occupation. 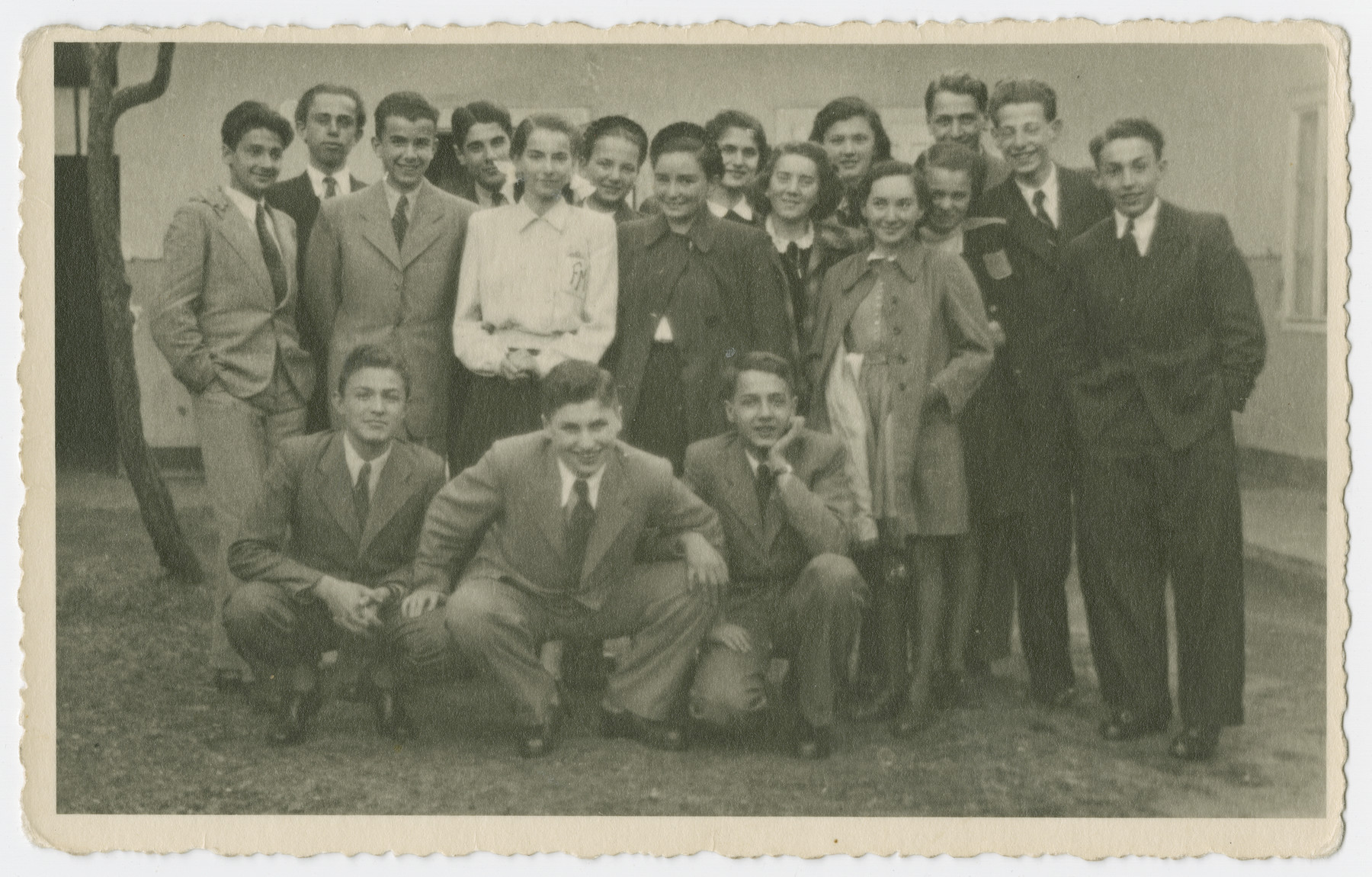 Group portrait of teenagers from the Jewish lyceum in Cluj taken shortly before the German occupation.

Edith Lovy is standing third from the right.