Postwar portraif of Albert Levy and Jeanne Belfort , grandparents of the donor. 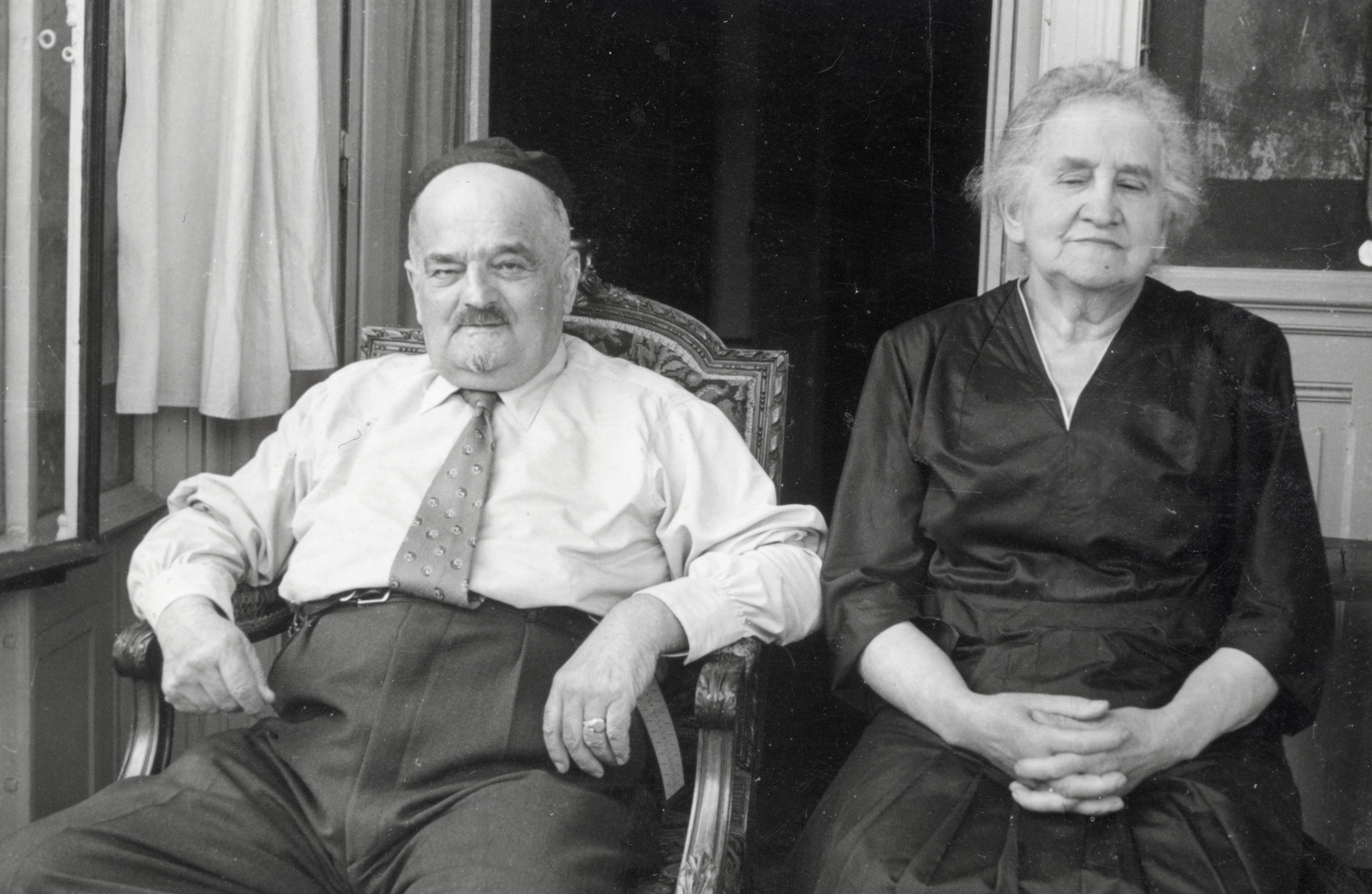 Postwar portraif of Albert Levy and Jeanne Belfort , grandparents of the donor.

Biography
Jacques Michel is the son of Marcel Michel (b. Feb. 26 1906, Insming, Lorraine) and Suzanne Levy Michel (b. Oct. 28, 1907, Durmenach Alsace). Jacques was born on July 19, 1937 in Reims, and he had two brothers: Marc (b. Oct 21, 1940 in Epernay-d. 1957) and Jean Luc (b. Oct 4 1951, Clermont Ferrand). His family had lived in Alsace-Lorraine for generations. Marcel owned a butcher shop in Epernay and Suzanne helped with bookkeeping. In 1941 a local police officer, who was a friend of Marcel, warned him that his name appeared on a hostage list. Marcel escaped from Reims to Clermont Ferrand, in the so-called Free Zone. Later on Jacques, his mother, brother, and grandparents joined him there. The family spent one night spent sleeping in a cemetery while waiting to cross the demarcation zone. His grandfather carried his baby brother Marc. After a short period of time his father found work as a production manager in a sausage store in Giat, an agricultural village of approximately 1500 people where many Jews were hiding. The family remained there throughout the war and never suffered hunger. Everyone knew they were Jewish, but his mother was issued an ID with the false name of Andree Suzanne Gadaux. Jacques attended the local school. One known antisemite worked in the police but the local population warned him to leave well enough alone. Jacques' maternal and paternal grandparents, as well as two uncles and their children also hid in Giat. Jacques' maternal aunt, Renee Levy, was in the resistance and was deported to Auschwitz. Her brother Andre Levy, was one of the heroes of the underground. He was caught three times, once in Clermont Ferrand, once in Paris where he managed to escape, and lastly on the border between France and Spain. He was tortured for three weeks and executed a few weeks before the end of the war. He had been a student of philosophy.

After the war all of the Jews who had come to Giat returned to their homes except for Jacques' parents and another man called Mr. Job who together opened up a sausage factory. They maintained the factory until 1955. Jacques celebrated his bar mitzvah in Giat in 1950 and afterwards was sent to boarding school in Clermont Ferrand as there was no suitable school for him to continue his studies. He studied Latin in the summers with the local Priest to make up for lost years of school. He went on to study medicine and specialized in micro-biology. In 1970 he immigrated to Israel and began working in Hadassah hospital, becoming the head of the Mt. Scopus hospital where he remained until his retirement in 2001. He has three children and six grandchildren.