Group portrait of French survivors standing in front of an ORT leather-making workshop. 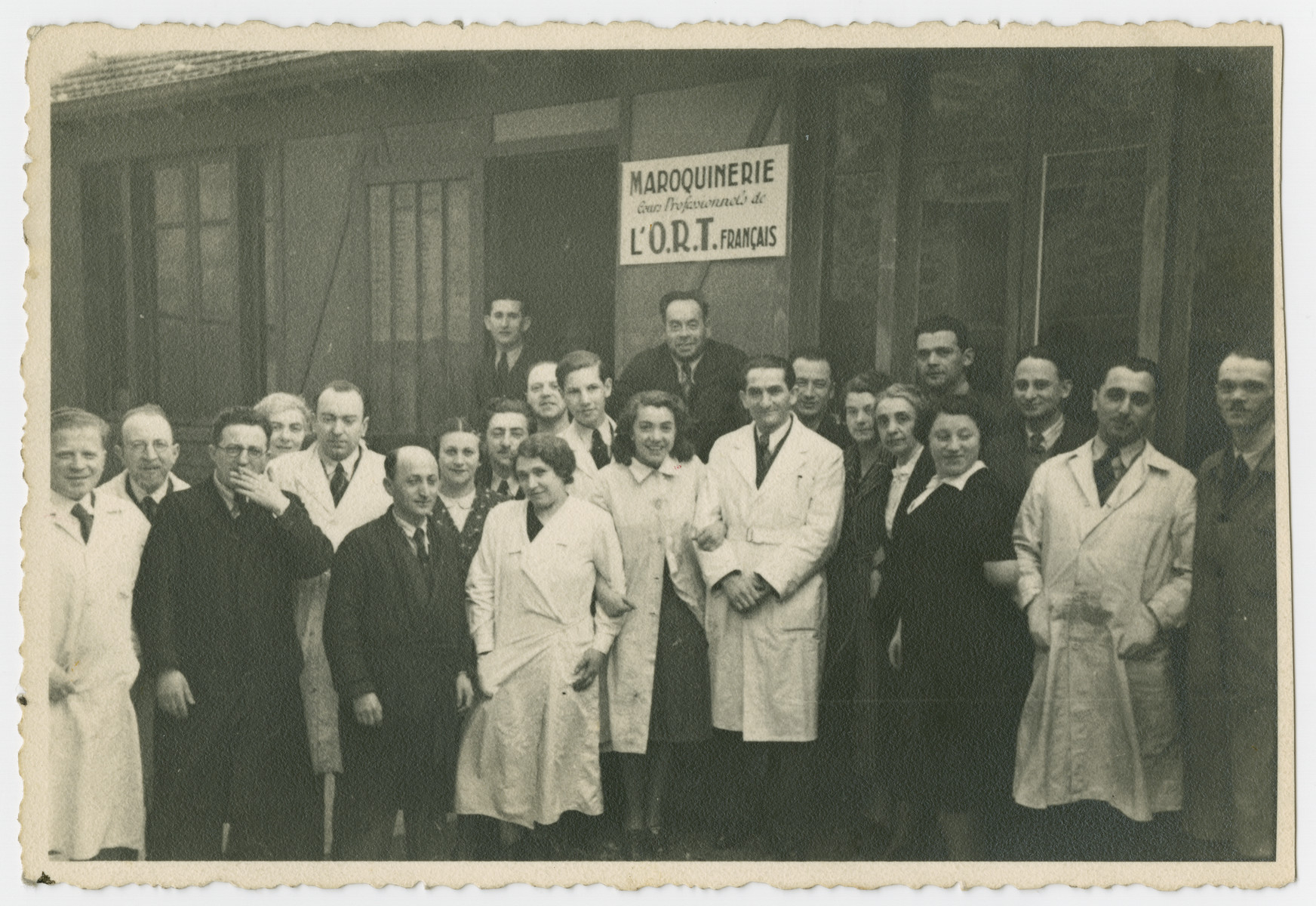 Group portrait of French survivors standing in front of an ORT leather-making workshop.

Biography
Monique Goss (born Epstein) is the daughter of Julian Epstein (b. 1889, Minsk) and Margarete Pick Epstein (b. 1898, Vienna). In either 1913 or 1914 Julian, an opera singer and jeweler, moved to Vienna. There he met Margarete, They wed on March 28, 1920. One month after Nazi Germany annexed Austria and unleashed violent antisemitism, Monique and Julian fled to France. They first lived in Chelles in the eastern suburbs of Paris. After the start of World War II, Julian was forced to join the Foreign Service, and the family moved to Toulouse. Monique was born on April 29, 1941 in Toulouse, France. As life became more dangerous for Jews, Margarete Epstein hid her little daughter in Carbonne, and she herself was hidden separately. Julian was arrested and sent first to the Noe internment camp and then to Gurs. From there he was transported to Drancy and placed on Transport #51 to Majdanek where he was murdered upon arrival.