Joachim von Ribbentrop sits in his cell during the Nuremberg trials. 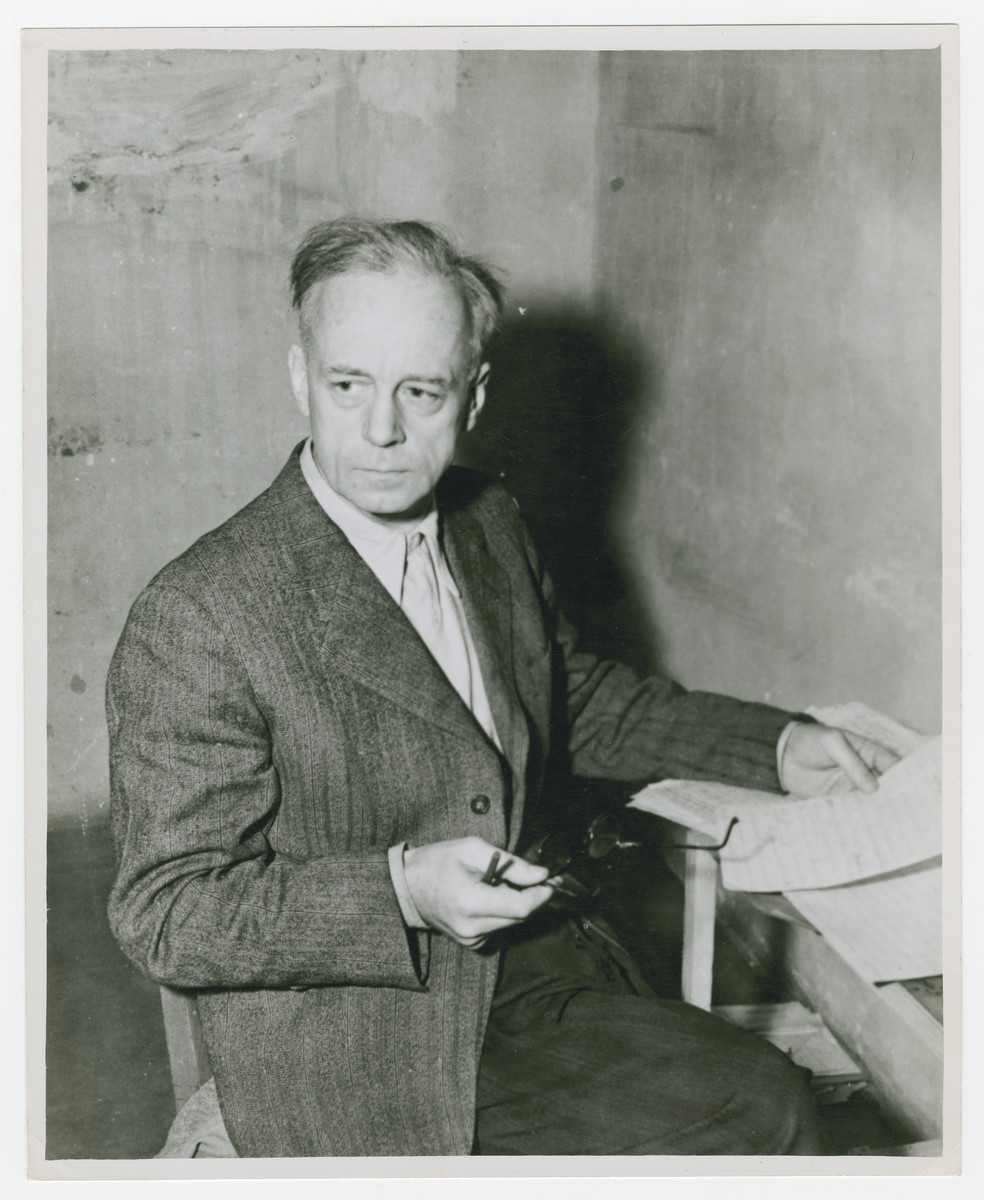 Joachim von Ribbentrop sits in his cell during the Nuremberg trials.

Biography
Joachim von Ribbentrop (1893-1946), Foreign Minister of Germany from 1938 to 1945. During World War I, von Ribbentrop served as a member of the German military mission in Turkey. After the war, he went into business as an exporter of wine and other alcoholic beverages. He was introduced to Adolf Hitler in 1932. Because of his ability to read foreign language newspapers and his willingness to allow Nazi leaders to use his villa for important meetings, von Ribbentrop was able to make himself indispensable to Hitler and the party. Following the Nazi seizure of power, Ribbentrop was appointed Hitler's foreign policy advisor. He was named ambassador to England in 1936 and became Foreign Minister in 1938. He played a role in the annexation of Bohemia and Moravia, and in the attack on Poland in September 1939. Following the signing of the Nazi-Soviet pact in 1939, von Ribbentrop began to lose influence, largely due to his insistence that Germany honor the pact it signed with the Soviets. After the war, von Ribbentrop was tried before the International Tribunal at Nuremberg, convicted of war crimes, and hanged at Nuremberg in 1946.