Greta Deligdisch goes skiing in either prewar Romania or Switzerland. 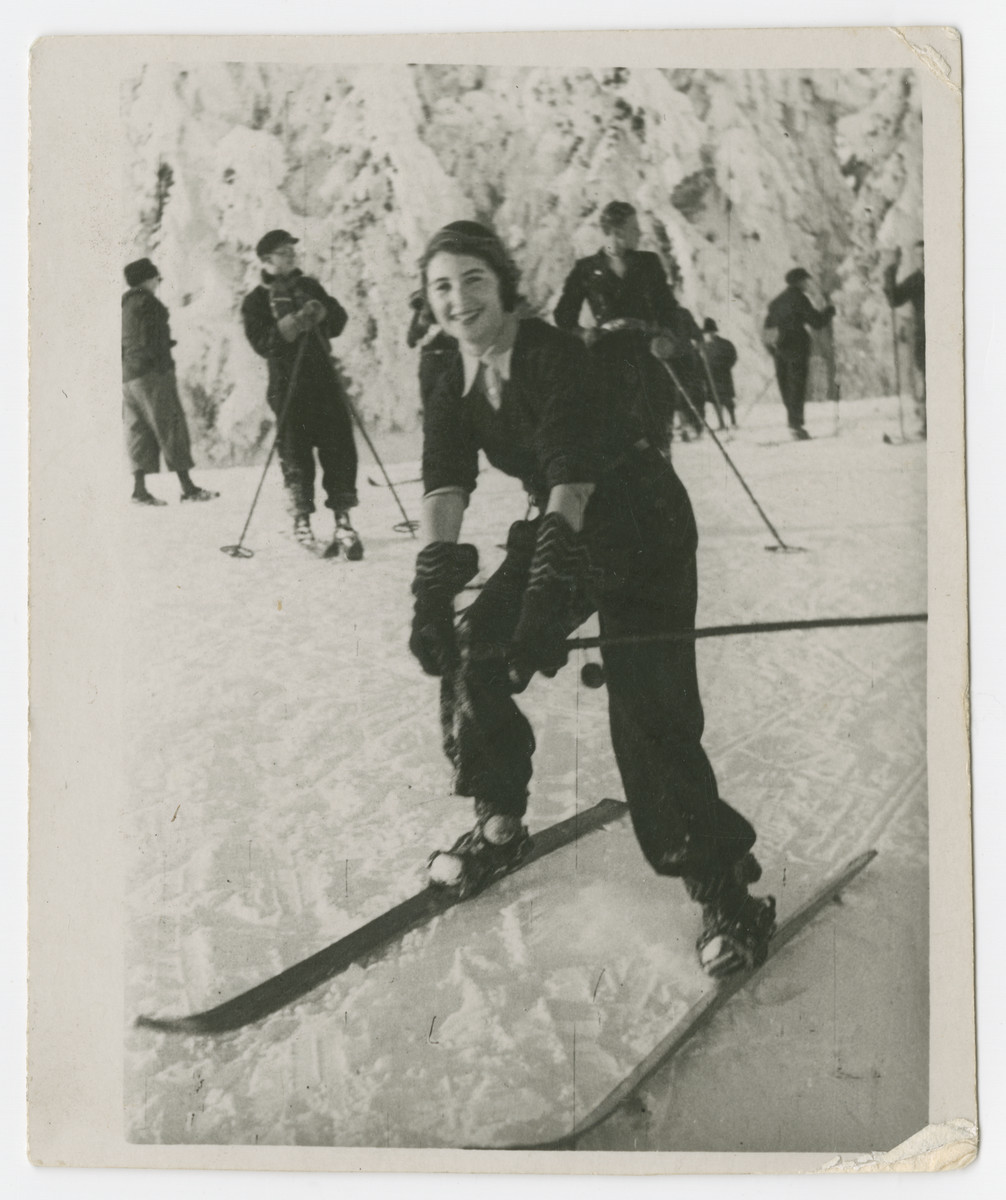 Greta Deligdisch goes skiing in either prewar Romania or Switzerland.

Biography
Greta Beer (born Deligdisch) is the daughter of Siegfried and Rachelle Gutter Deligdisch. She was born in Cernauti, Romania in 1921 and had one brother, Otto (b. 1925). Her mother was born in Krakow and studied philosophy at the Jagelonian University. Her father had trained as a pharmacist but became an extremely wealthy industrialist and the owner of Hercules, the largest textile mill in Romania. Greta learned several languages studying first at a Romanian lyceum and then at a then finishing school in Switzerland. The family frequently spent summers in Grato, Italy. In 1938 Greta became ill and went to a sanatorium in Austria to recover. She therefore was in Vienna when the Nazis annexed Austria. Her cousins gave her a Romanian flag pin to put on her lapel to protect her and allow her to leave the country. She returned home to discover that the Iron Guard was already assuming more power. The following year, Greta's father Siegfried became quite ill with kidney disease. As it no longer was feasible to seek medical help in Austria, he went to Budapest for treatment. Greta and her mother joined him there, but Siegfried succumbed to his illness and died in 1940. Before he died he reassured his wife that she need not worry about finances because he had left his assets in Swiss banks. Greta and her mother flew back to Romania, reunited with Otto and spent the next eight months in Bucharest. To escape antisemitic incidents in the capital, they then moved to Brasov, a smaller city in the mountains where they felt safer. They lived with the family of Colonial Muck, a family friend and Romanian, ethnic German Christian. Though the Deligdisch family paid rent, the Muck family helped them in many ways, and the two families stayed very close. Otto had to perform forced labor but his work conditions were not as bad as elsewhere. Greta was not allowed to attend school, but she studied privately and attended social events. In 1944 Soviet troops liberated Romania. Greta and her family moved to a smaller town and then returned to Bucharest. There, Greta met Dr. Simon Beer, a physician who had survived the war in an internment camp in Italy. The two became engaged at the same time that the Communists tightened their rule in Romania. Simon escaped to Hungary and told Greta to follow him lest she be stuck behind. In 1947 she joined him illegally in Hungary. After two months she moved on to Austria where her brother was already living, and Simon joined her there. They lived in the displaced persons center at the Rothschild Hospital and married in a civil ceremony. From Vienna they moved to Italy before immigrating to the United States in 1951. Though Greta, her mother and brother survived the Holocaust, they lost many relatives and all of her family's assets. Convinced that the family's fortune was still held by Swiss banks, Greta set about trying to locate her father's missing account. In 1996 she testified before the Senate Banking Committee, thereby becoming the survivor face of the Swiss banking controversy. Though the Swiss banks agreed to return Jewish assets, she never located her father's account.