Gilbert and Eleanor Kraus (center) pose with the fifty Austrian Jewish children they are bringing to the United States. 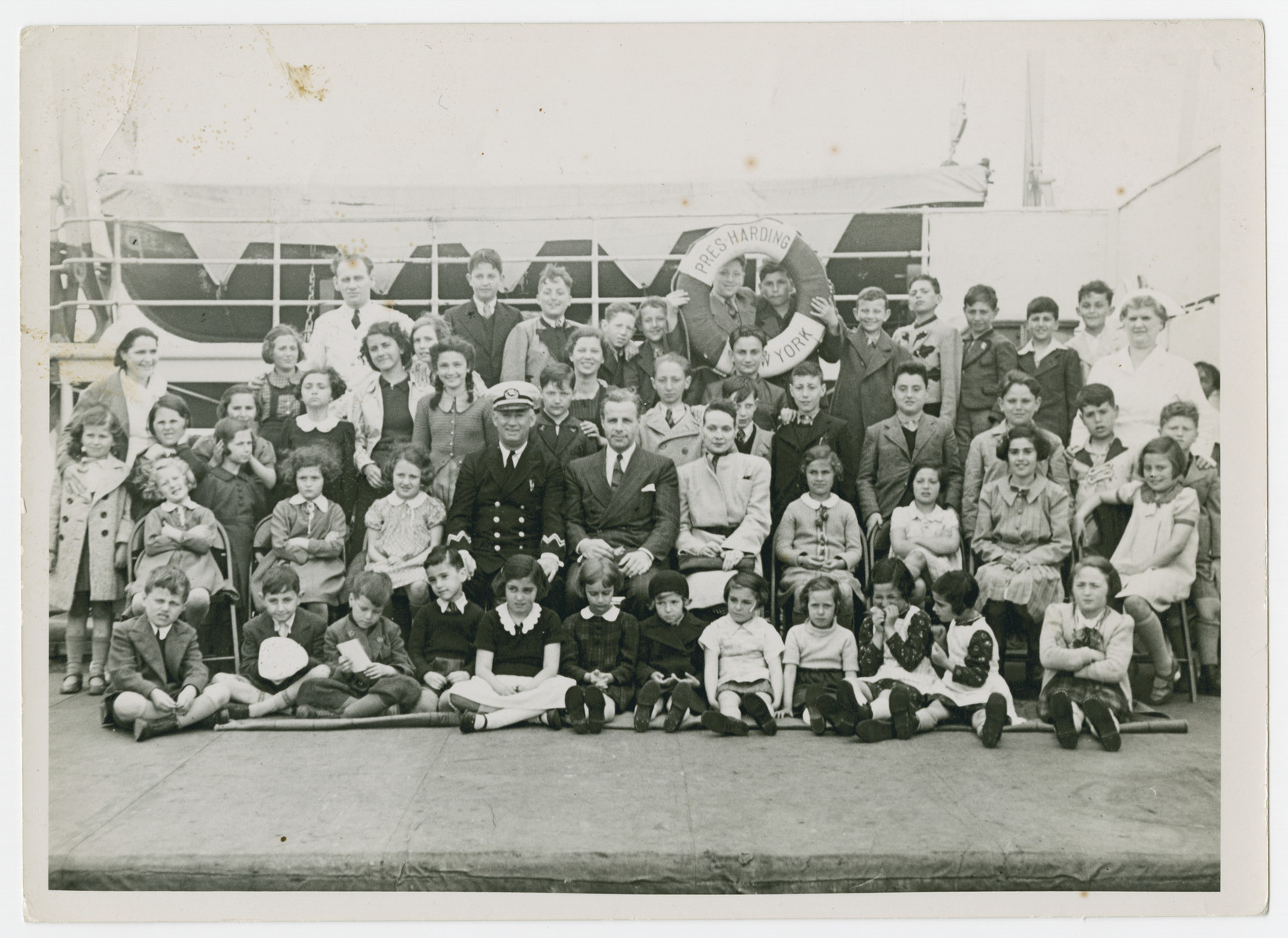 Gilbert and Eleanor Kraus (center) pose with the fifty Austrian Jewish children they are bringing to the United States.

Johanna and Robert Braun are standing directly behind the Captain and Gilbert Kraus.