A group of men women gather around a festive table in the Bergen-Belsen displaced persons camp. 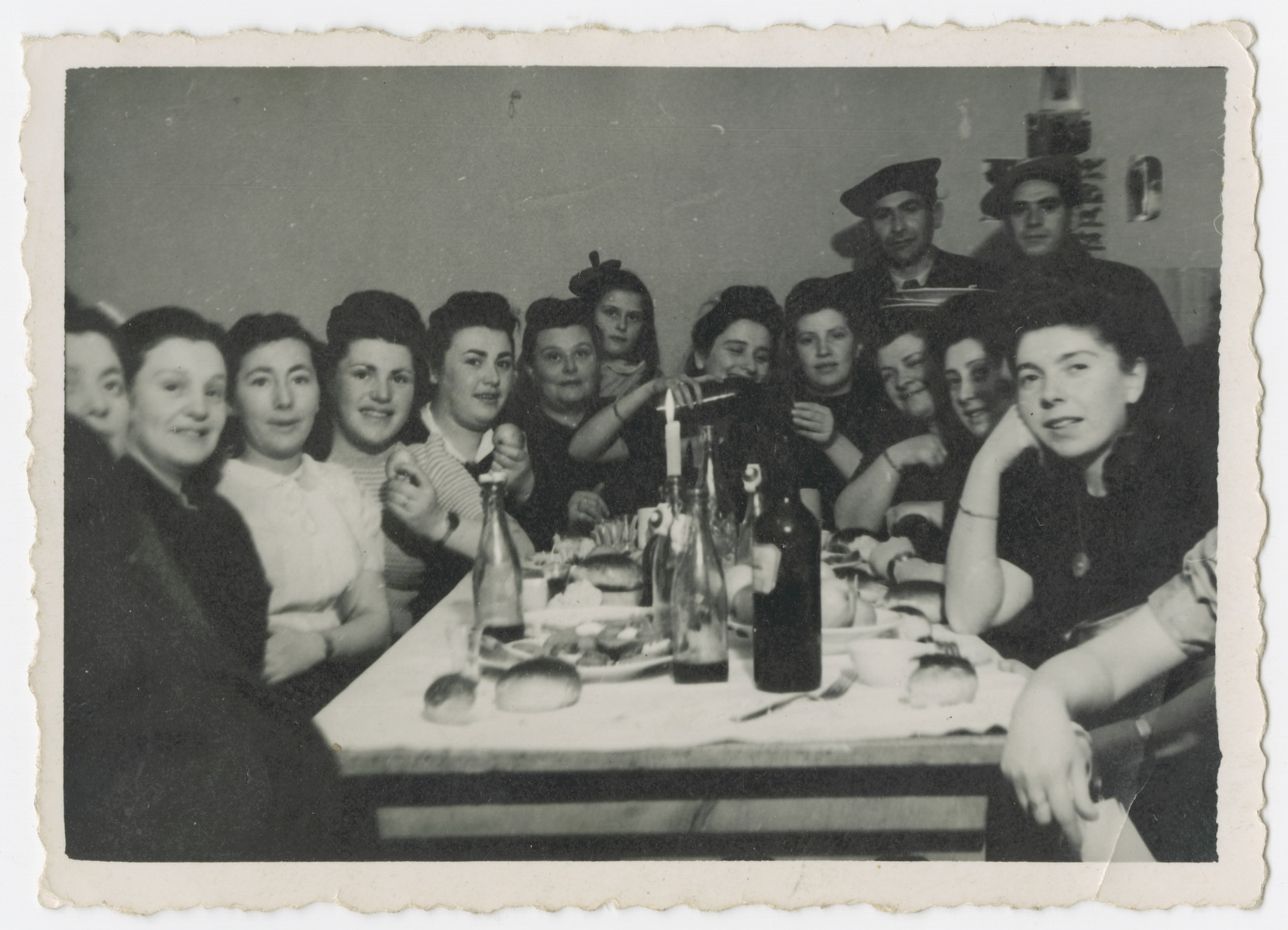 A group of men women gather around a festive table in the Bergen-Belsen displaced persons camp.

David Rosenzweig is pictured in the back.