Philipp Bouhler works at his desk. 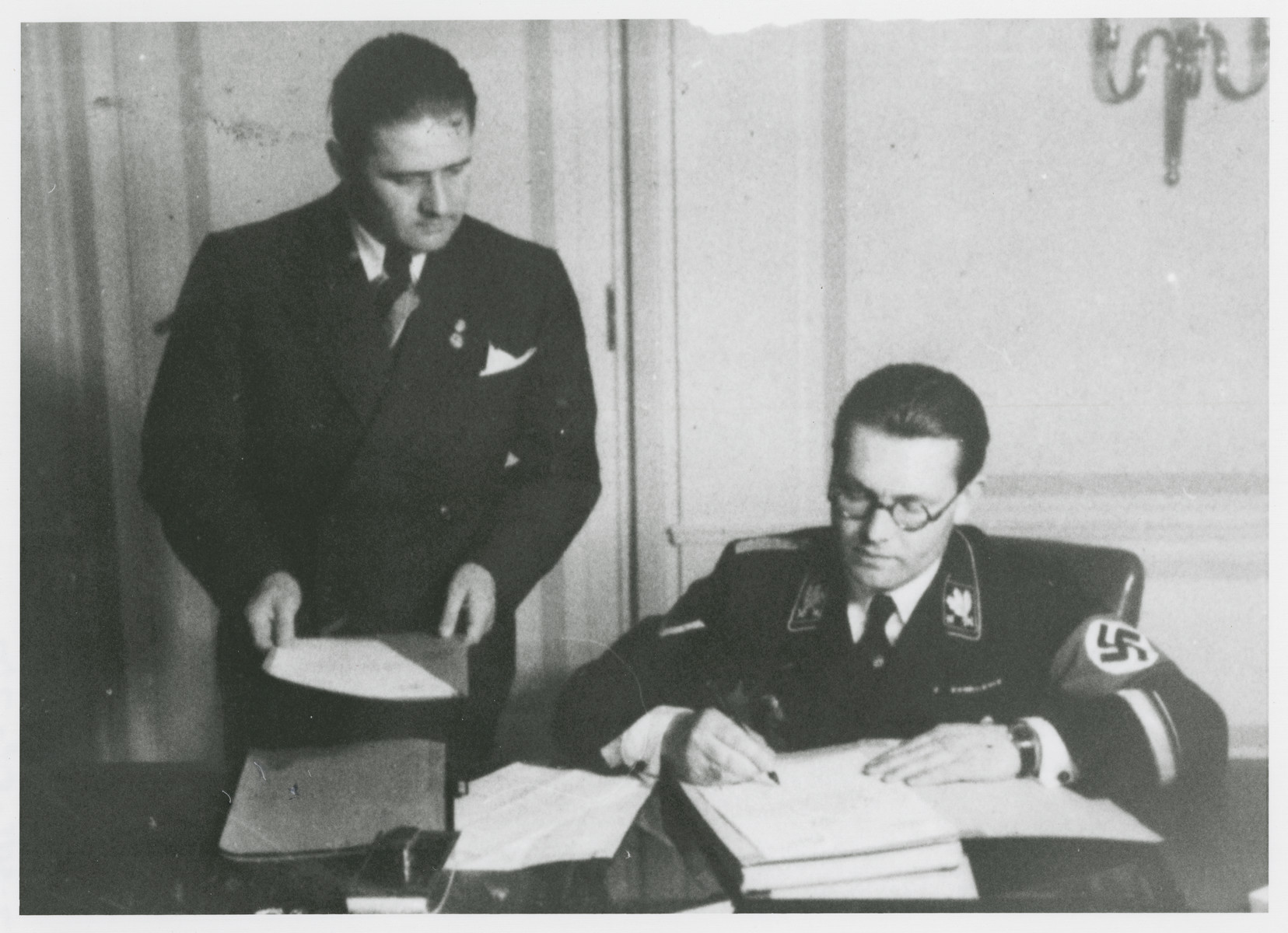 Philipp Bouhler works at his desk.

Biography
Philipp Bouhler (1899-1945), SS-Obergruppenfuehrer who served as chief of Hitler's chancellery and head of the T-4 Euthanasia program. Born in Munich, Bouhler was one of the earliest members of the NSDAP (Nazi party). In 1922 he left the department of philosophy at the University of Munich to help edit the Voelkische Beobachter, the NSDAP newspaper. The following year he took part in the Munich Beer Hall Putsch. After a brief period of incarceration, Bouhler became business manager of the NSDAP, a position he held from 1925 to 1934. In 1933 he became a Reich leader of the Nazi party and was elected to the Reichstag from the district of Westphalia. On September 17, 1934, Bouhler became Hitler's Chief of the Chancellery. In addition he was appointed chief of the NSDAP Censorship Committee for the Protection of National Socialist Literature and of the Study Group for German History Books and Educational Material. In September 1939 Bouhler, along with Karl Brandt, was tasked by Hitler to develop the T-4 Euthanasia program. When a public outcry put a halt to the program in August 1941, he helped secure the reassignment of T-4 personnel to the concentration camps. At the end of the war Bouhler sought protection from Hermann Goering, and was at the Reichsmarschall's headquarters in Zell-am-See in May 1945 when Bouhler and his wife committed suicide shortly before the arrival of the Americans. Bouhler wrote two books: "Struggle for Germany," a chronicle of the NSDAP, and "Napoleon: the Comet Path of a Genius," a biography of the French leader that was one of Hitler's favorite books.