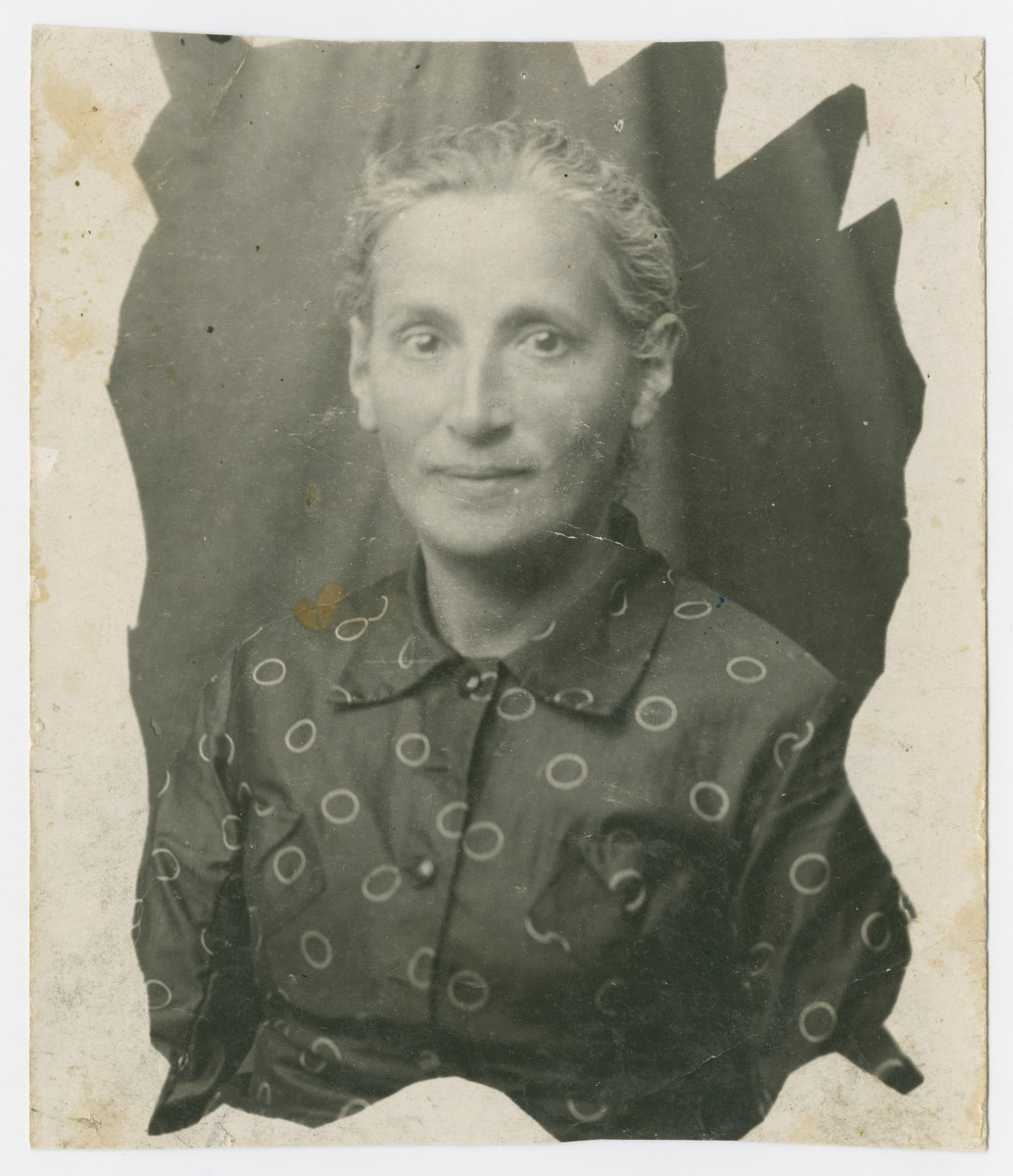 Biography
Mirl Shmulevich (b. 1898), an acquaintance of the donor, perished in late June 1942 when German forces with support of Ukrainian collaborators surrounded the Jewish quarter in the village of Orinin and rounded-up those who lived there. After a small number of skilled craftsmen were separated from the group and sent to the Kamenets-Podolski ghetto, the remaining Jews of Orinin, among them 530 children, were executed in a mass shooting a mile from the village. Mirl and two of her children, Shulem (b. 1924) and Keila (b. 1926) were among the 1,750 killed.