Malka Zinger feeds her daughter Ellen while recovering in a sanatorium in Germany. 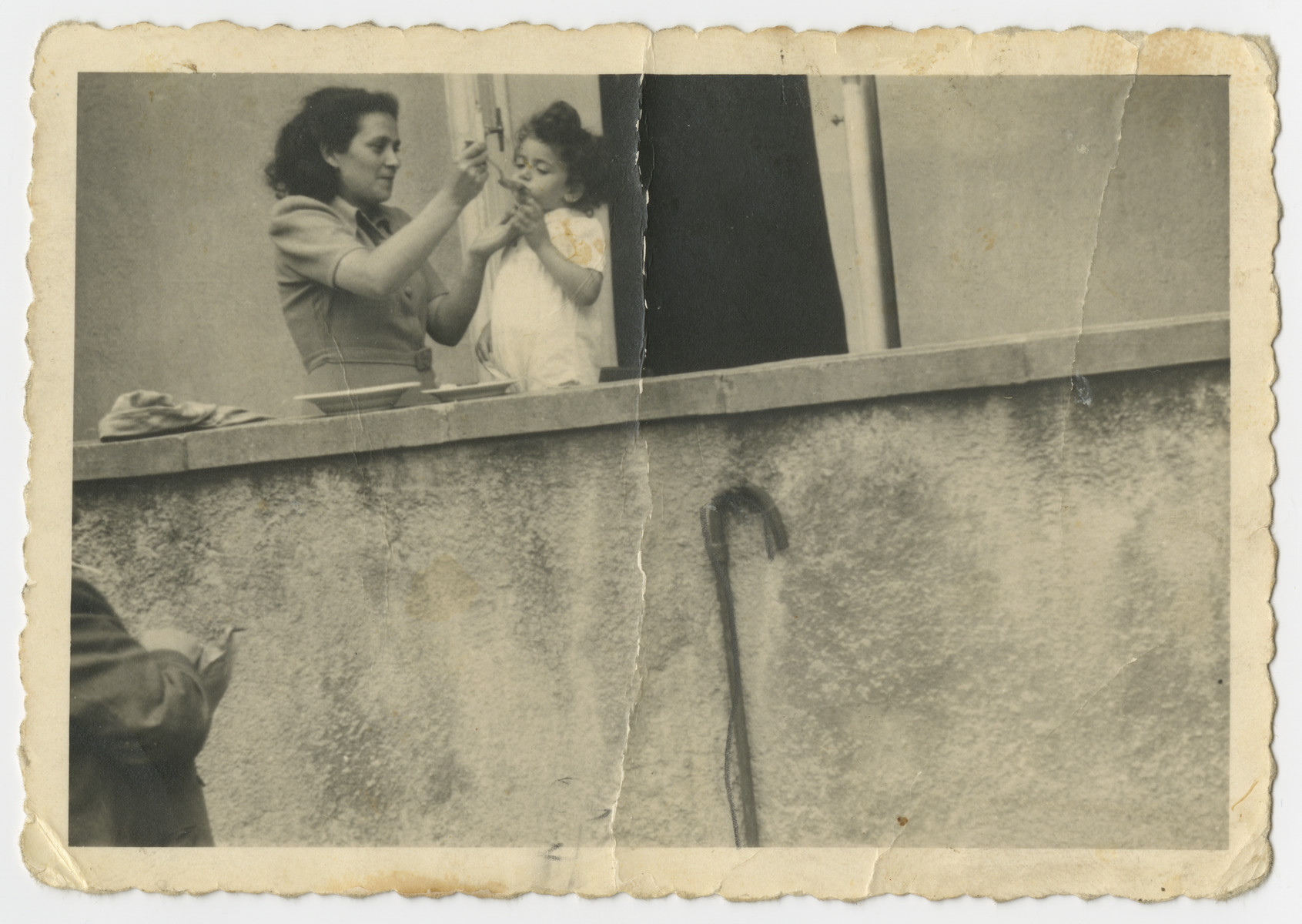 Malka Zinger feeds her daughter Ellen while recovering in a sanatorium in Germany.

Biography
Malka Lubochinski (later Zinger, the mother of the donor) was born on November 1, 1914 in Lodz, Poland. Her parents were Israel (b. 1875) and Chuma (nee Czernoff, b. 1877). Malka had several older siblings Chaja Rasha, Adolf and Chana (Anna), Baila, Rosa, and Isaak. Malka was married before the war and gave birth to a daughter Devora Gleiman in 1938. After the German invasion, her family was incarcerated in the Lodz ghetto. Devora was seized during the Gehsperre Aktion in September 1942 and murdered in Chelmno at the age of 4. Malka remained in the ghetto until its liquidation when she was deported to Auschwitz in August 1944. She stayed for three months and then was transferred to a work camp in Metzdorf. She worked there until liberation. After the war, Malka moved to the Bergen-Belsen displaced persons camp. After learning that her first husband had perished, she met and married Abram Daum (later Zinger), also from Lodz. Their older daughter Ellen was born in 1946. About a year later, they moved to Belgium to be near to Malka's surviving sister Chaja Rasha and her husband Izaak Zelkowitz. Their second daughter Rosa Faiga was born in Belgium in 1947. The family later returned to Bergen-Belsen where they lived for a short while until immigrating to the United States In 1949. Abram became a machinist, and in 1951 Malka gave birth to a son, Stan. Rosa has two daughters Rebecca Fried and Sarah Ferris and her sister Ellen (d. 1985) had two children Benjamin Klipstein and Sipora Weissman. Stan had two children Bryan and Scott Zinger.