A man and two women stand on a sidewalk on Jozefa Dietla street in Krakow. 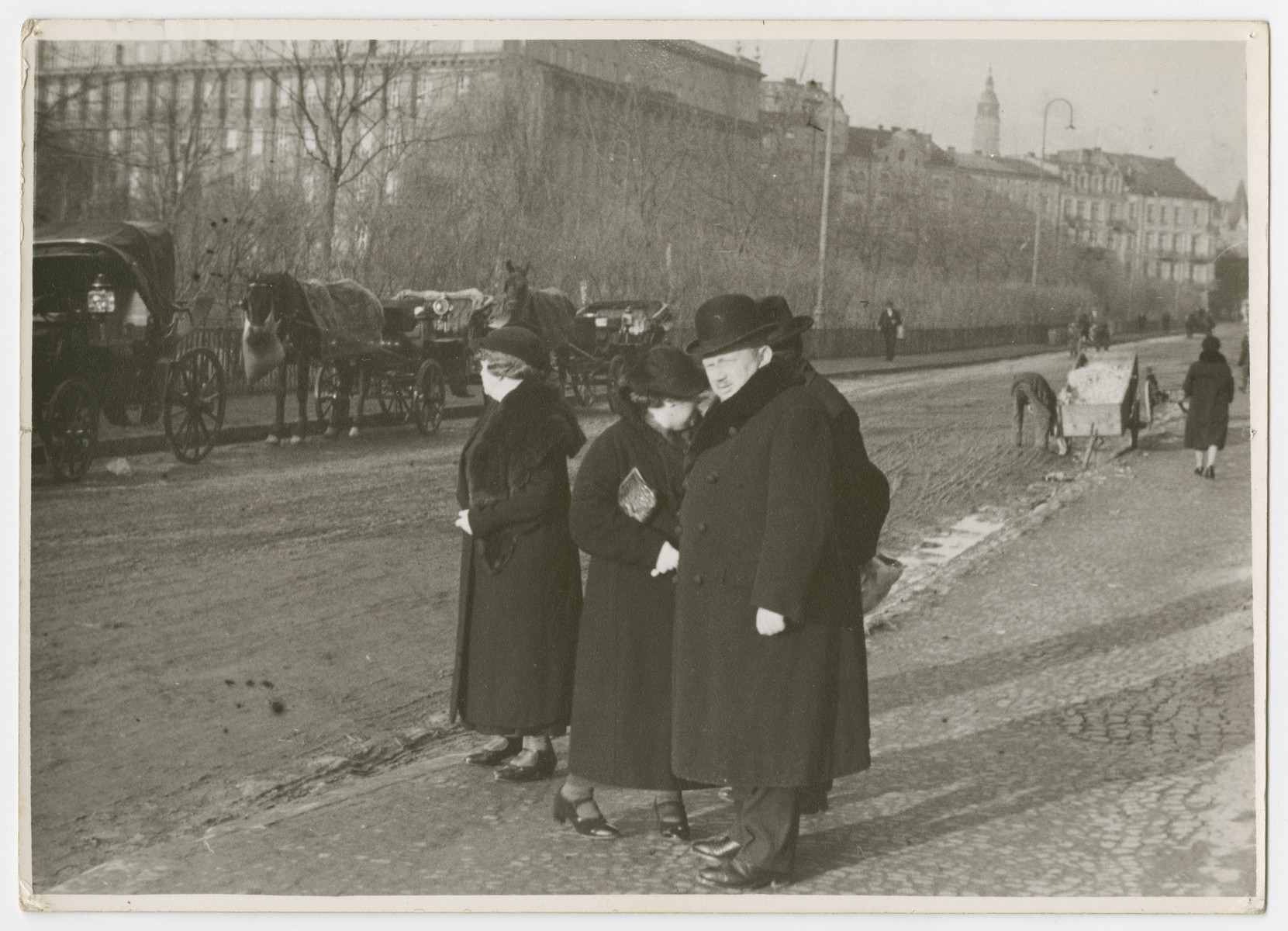 A man and two women stand on a sidewalk on Jozefa Dietla street in Krakow.

Photograph is used on page 135 of Robert Gessner's "Some of My Best Friends are Jews."