Jewish men hold a memorial service to the murdered victims from the town, Luck (Lutsk). 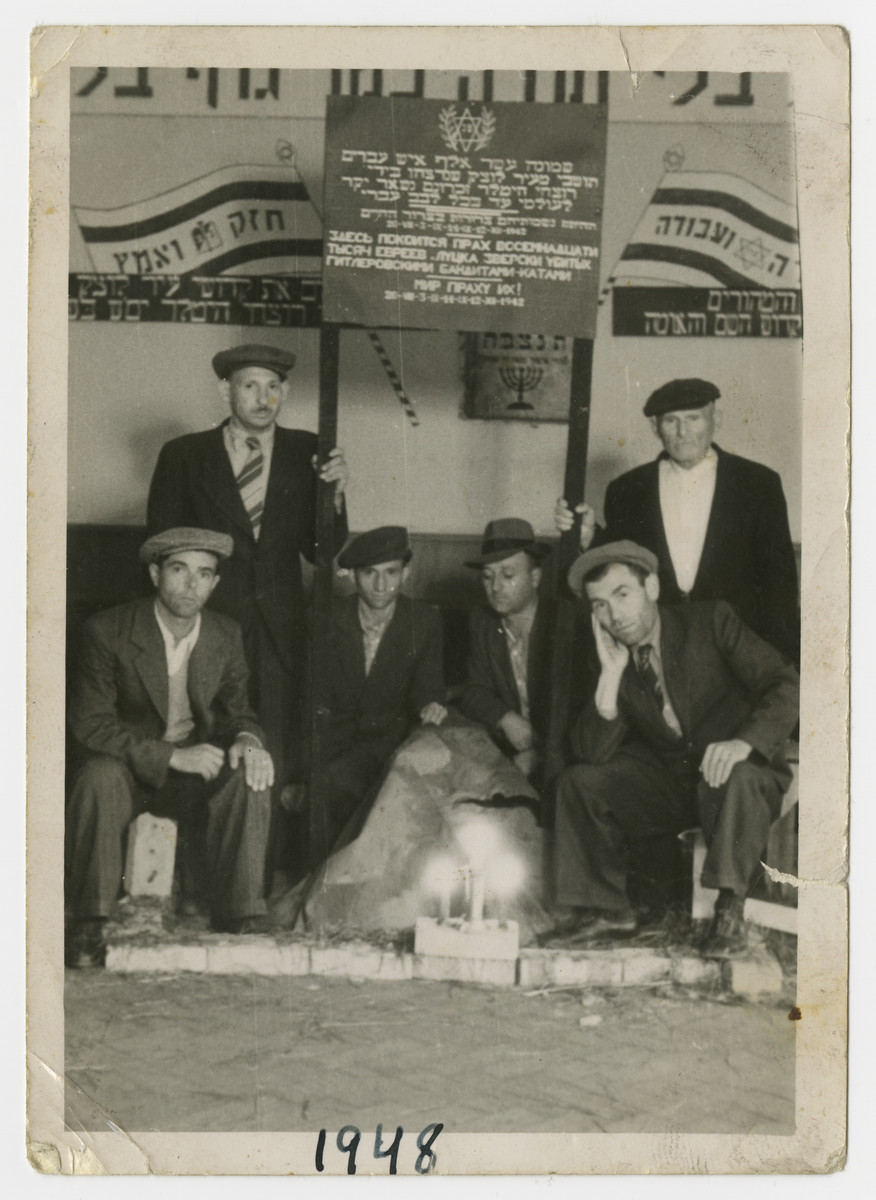 Jewish men hold a memorial service to the murdered victims from the town, Luck (Lutsk).

Biography
Mania Baghdadi (born Klajnburd) is the daughter of Josef Klajnburd and Bela Grossmitz. Bela was born on November 11, 1923 in Opatow (Tarnobrzeg), Poland. Between 1941-1943, she was incarcerated in a labor camp in Skarzysko-Kamienna. In August 1943, she was sent to Czestochowa, where she remained until December, when she was deported to Leipzig. On April 16, 1945, when she was sent to Elbe, where she was liberated by the Red Army. She met and married Josef Klejnburd in Poland after the war. Josef Klajnburd (the father of the donor) was born on December 16, 1912 in Rozyszcze, Poland (now Ukraine). He fought in the Polish army at the start of the war, was wounded and hospitalized. Mania was born on June 6, 1946 in Piotrolesciu. The family then went to Germany and stayed in the Lechfeld displaced persons camp until they immigrated to the United States in 1950.