Renee Schwalb stands next to a river. 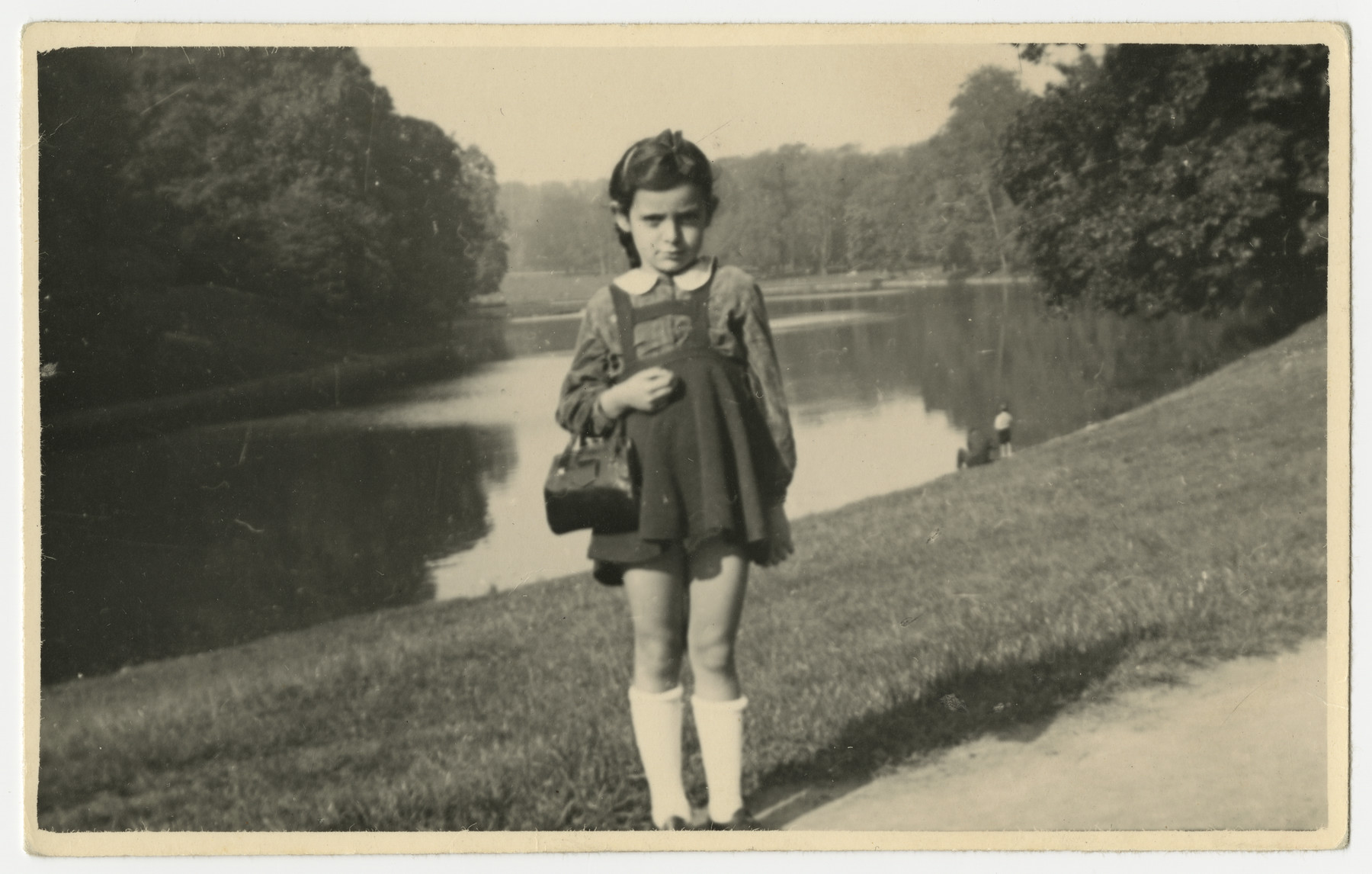 Renee Schwalb stands next to a river.

Biography
Renee Schwalb was born on April 4, 1937, in Vienna, Austria, to Nicholas and Sima Schwalb. Nicholas was the owner of a successful men's clothing store. In March 1938, Nazi Germany merged Austria into the German Reich. Anti-Jewish laws were enacted to persecute Jews and exclude them from Austrian society. Nicholas's business was confiscated and his stock seized. In early1939, Nicholas went to the United States in order to prepare for the rest of his family to emigrate. Unfortunately he could not secure permission for his family to leave.

As persecutions increased and Jews were being deported to ghettos and camps, the extended family decided to flee Austria. Thirteen family members traveled, mostly on foot, in small groups from Vienna to Belgium. Sima had to carry two year old Renee for most of the journey. Sima had a small suitcase that she would periodically open and Renee knew that meant they would have something to eat. Her mother had some jewelry that she bartered for supplies during the trek. Some members of her family, including Renee, stayed in Brussels with Mr. and Mrs. Degelas, a Catholic couple. After the Germans invaded Belgium in 1940, it became too dangerous to remain there. Renee was sent, with the help of the underground, to live in a Sisters of Charity convent in northern Belgium and given the name Suzanne LeDent. She learned to pray with a rosary and won medals for memorizing Catholic prayers. After two years, the convent was suspected of hiding Jews, so Renee was sent to live on a dairy farm in the Belgian countryside with a Protestant family. She was later sent to an orphanage in Namur.

When the town was liberated by American troops in January of 1945, the eight year old girl became attached to American Serviceman Jack Schultz who was going to adopt Renee until he learned that she had surviving family members. Her uncle, Bernard Bressler, had been searching for her through the American Red Cross. He came for Renee and re-united her with her mother who had spent two years in Auschwitz concentration camp. After waiting four years to rise to the top of the Austrian quota list, Renee and her mother immigrated to the United States to join Renee's father, Nicholas. Renee matriculated into the American high-school system and went on to graduate from Boston University. Renee married an American, Jesse Fritz, and they had two daughters.