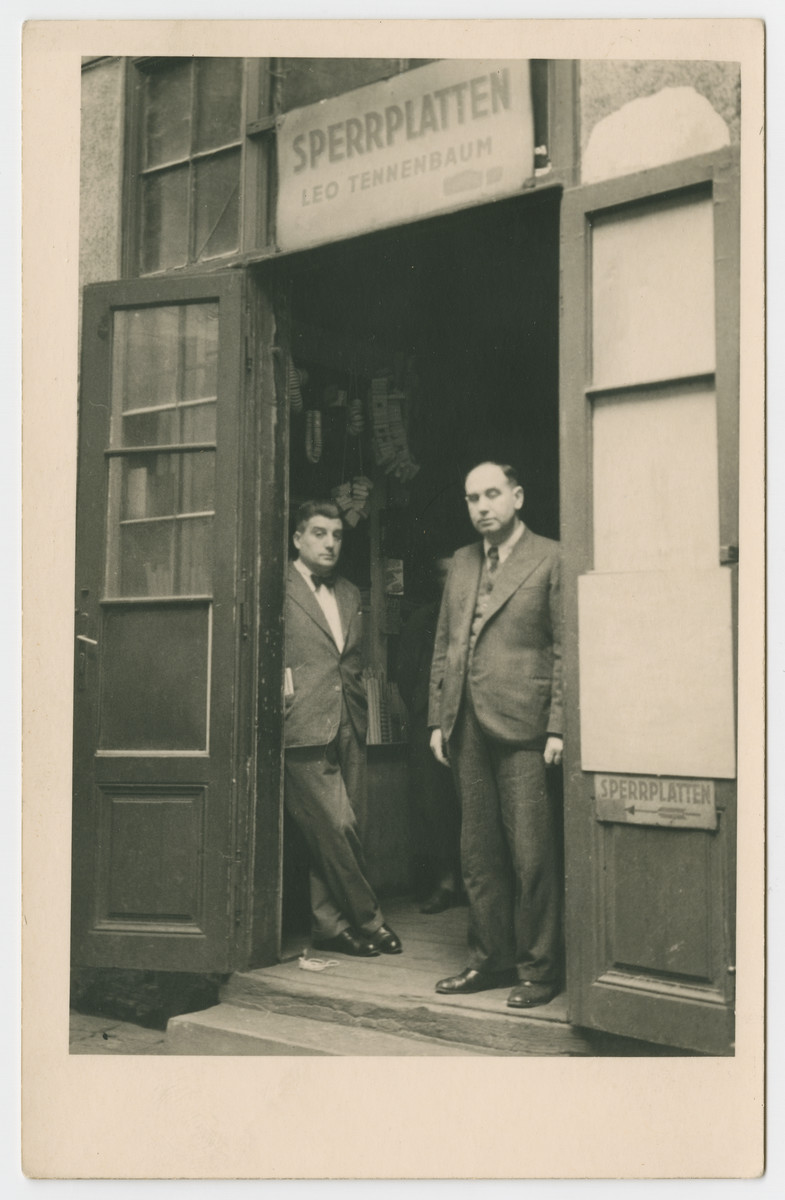 Biography
Paul Beller is the son of Simche Leib (Leo) Beller (b. March 20, 1901 in Bubrika, Poland) and Mina Tennenbaum Beller (b. Austria). Leo Beller moved to Vienna in 1915 and, in 1928, married Mina Tennenbaum. The couple had one son, Paul, who was born on November 20, 1931. In the spring of 1939, fearful of the future, Leo and Mina sent Paul to the United States with a group of children collected by Gilbert and Eleanor Kraus (now known as the "50 children"). He was taken to Pennsylvania, where he spent the summer at the Brith Sholom summer camp and then spent a year living with the Amram family on their farm in Feasterville, PA. Mina was able to obtain a visa for the United States, and immigrated in early 1940, joining several members of her family and reuniting with Paul. Leo, who had never taken Austrian citizenship, was officially stateless. He managed to evade arrest at one point by having his appendix removed, an unnecessary procedure that kept him in the hospital for several days. At the American consulate, he was denied a visa on the grounds that he had tuberculosis, which he did not. In the spring of 1940, he sailed down the Danube to Bratislava on the "Patronka" and was interned near Bratislava. In August 1940, he left on the "Helios", transferring to the "Atlantic" for the trip to Palestine, where the ship's passengers planned to attempt an illegal entry. They witnessed the explosion of the Patria and were turned away from Palestine, sailing instead for Mauritius and arriving in late December. In Mauritius, Leo was interned in the Bau Basin prison, where he remained until August 1945, when he was permitted to enter Palestine. He immigrated to the United States to join Mina and Paul in 1946.