Group portrait of Jewish students in the Vilna gymnasium. 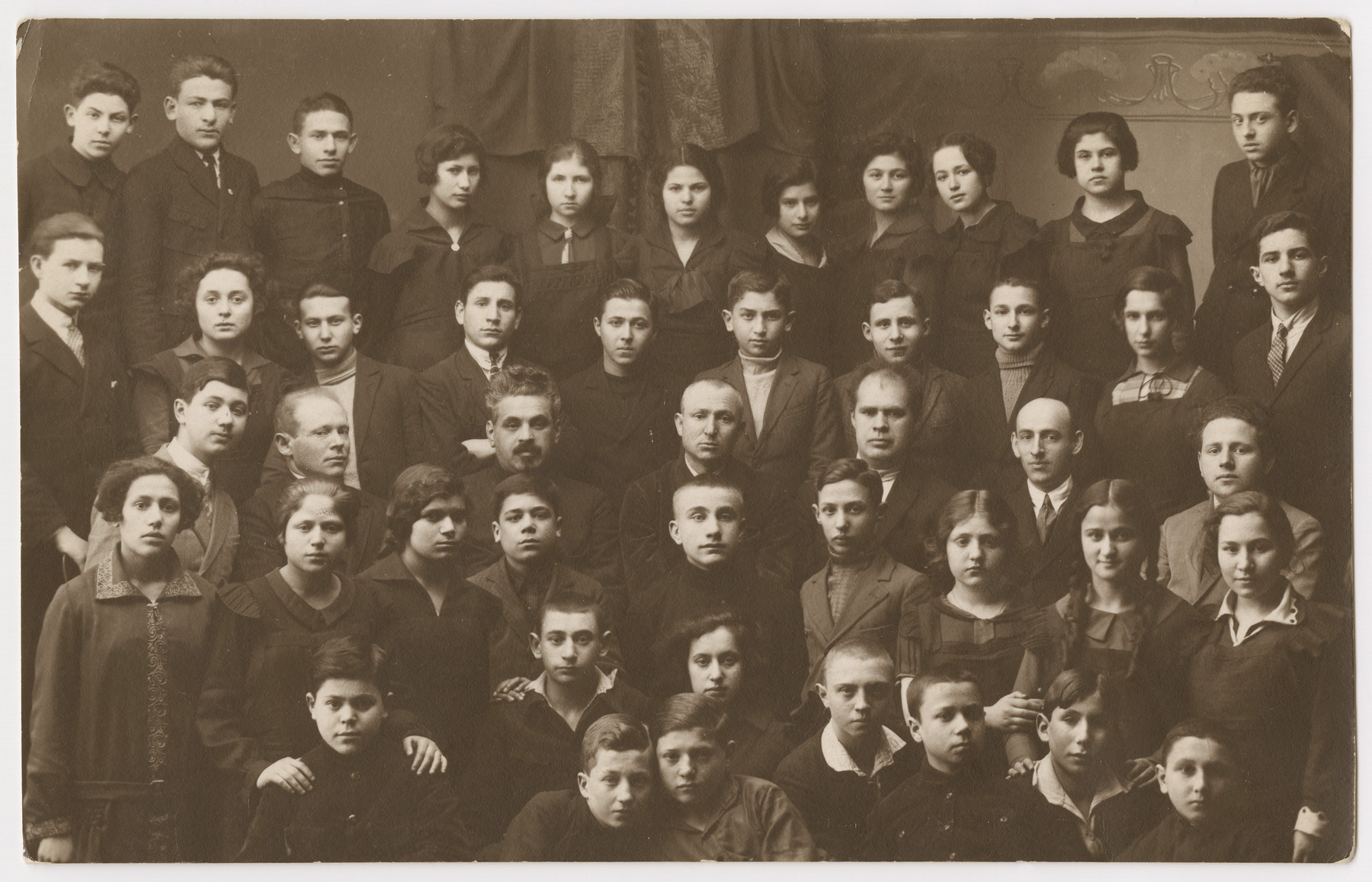 Group portrait of Jewish students in the Vilna gymnasium.

Golda (Olinka) Mirski is pictured on the top row, fifth from the left. The original Yiddish inscription reads: "To my dear beloved brother-in-law Abrasha."

Biography
Olya (Olinka) was born in 1908 and murdered by the Nazis in 1944. She was the younger sister of the donor's grandmother.
Esther Reiches (later Rich, the mother of the donor) was born in Vilna in 1921. She was the daughter of Abraham (Abrasha) Reiches and Anna Mirski Reiches. Abraham worked as a newspaper editor. Her father moved to the United States shortly after her birth, and Anna and Esther followed in 1928. Anna had two sisters Olynka and Sonia and one brother Solomon. Solomon also succeeded in immigrating to the States. Sonia was married and had a child. She died before World War II from natural causes, but her husband and son David were killed by the Nazis. Olynka was also murdered by the Nazis. Most of their extended family was killed as well.