American POWs stand outside a barrack in Stalag Luft 1. 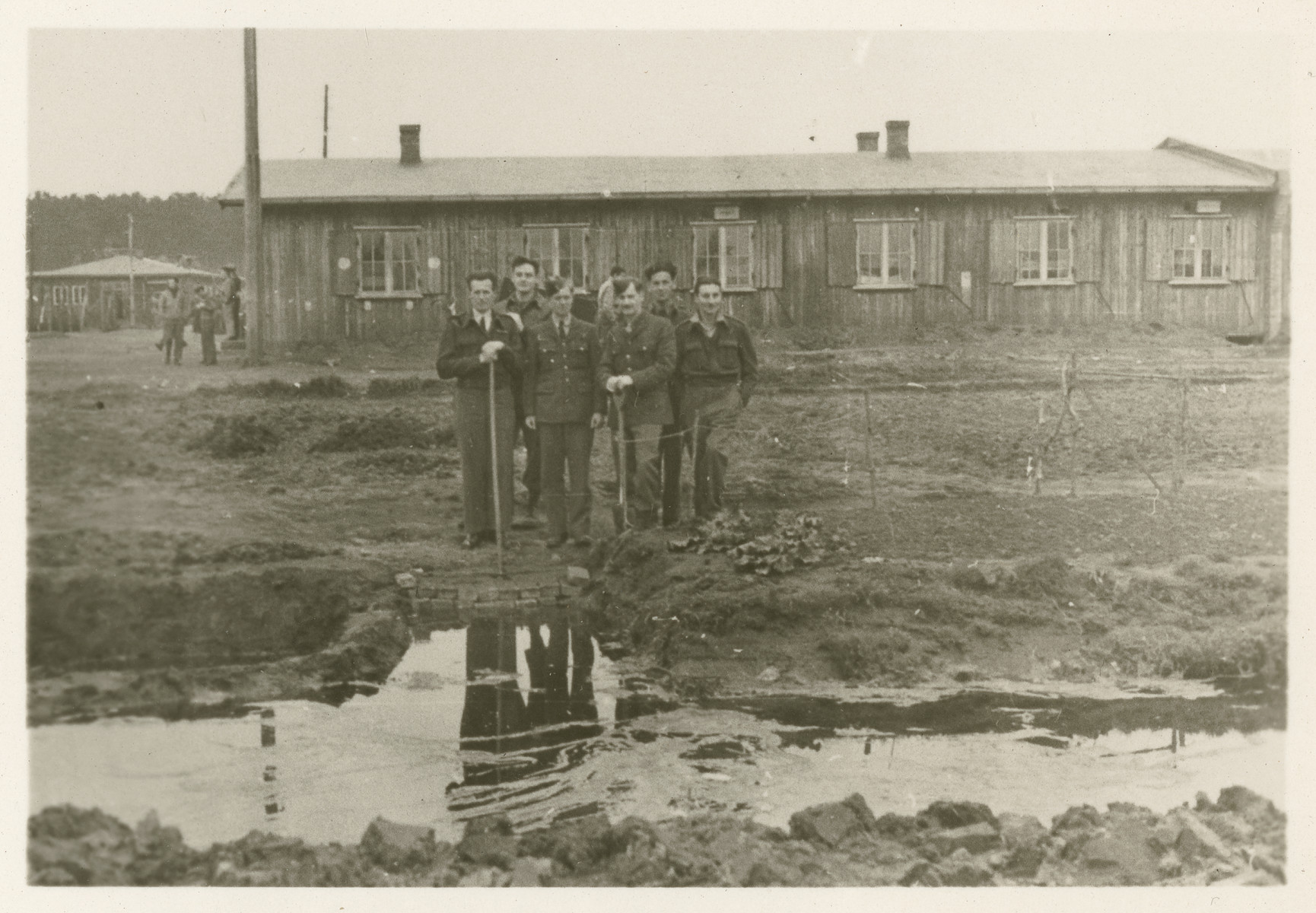 American POWs stand outside a barrack in Stalag Luft 1.

Biography
Henry Sanford Levine was an American Jewish navigator in the United States Air Force. He was captured after his B-17 was shot down over Nazi Germany on February 10, 1944 and imprisoned in Stalag Luft 1 in Barth, West Pomerania, Germany. While a prisoner Levine held many Jewish religious services and he functioned as the unofficial rabbi to other Jewish prisoners of war. He built a Jewish star that came apart into two triangles as to not get caught. For Passover, he obtained communion wafers from the Anglican chaplain who received them from the Red Cross, to serve as matzah, unleavened bread. Stalag Luft 1 was liberated by the Red Army in May, 1945. Levine made friends with one Russian liberator in particular named Zelig Dmiater.