Murray Greenfield steers the wheel of the Hatikvah. 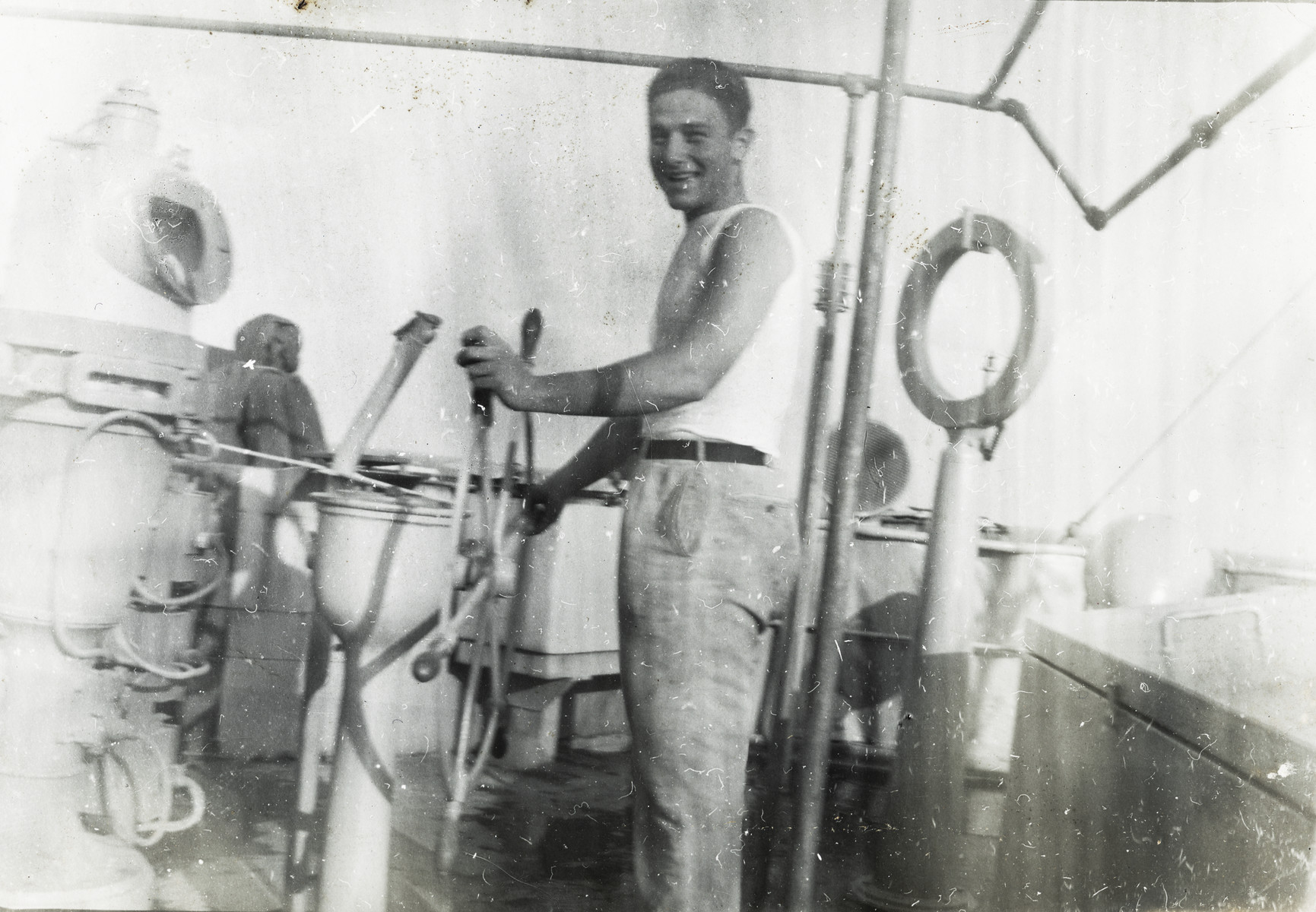 Murray Greenfield steers the wheel of the Hatikvah.

Event History
The illegal immigrant ship Hatikva (formerly registered as the Trade Winds and Gresham) It was a retrofitted icebreaker that had served as a Coast Guard cutter tracking down German submarines. The ship's crew consisted largely of Jewish Americans who had served on board ships during the war, but somer were Chrsitian and the ship's captain was a Palestinian Jew named Yehoshua Baharav. It sailed from the United States to the Azores and then and then to the Italian Riviera in May 1947 where 1414 Jewish refugees boarded in the hope of going to Palestine. The vessel was intercepted on May 17 off the coast of Lebanon by the British destroyer, Haydon, while trying to run the British blockade of Palestine. The destroyer rammed the ship, and a battle ensued with the passengers after they resisted attempts by the British to board the ship. After the vessel was subdued, it was escorted to the port of Haifa and its passengers transshipped to detention camps in Cyprus.
https://www.ushmm.org/wlc/en/article.php?ModuleId=10005776. https://www.ushmm.org/wlc/en/article.php?ModuleId=10007261.
Biography
Murray Greenfield grew up in Far Rockaway, NY. During World War II, he served for three years in the United States Merchant Marines. After the end of the war and his discharge from the service, someone approached him at his synagogue and asked if we would be willing to use his maritime experience on behalf of the Jewish people. At a subsequent meeting, he was told that the Haganah was looking for experienced sailors to bring displaced persons to Palestine in defiance of the British blockade. Murray left New York and met his fellow crew in Miami. The ship, The Tradewinds, was a former icebreaker that had been used by the Coast Guard during the at the Italian Riviera. About 1400 displaced persons boarded the Tradewinds, renamed Hatikva (The Hope). Ten days later, a British airplane spotted the ship, and British warships towed it to shore. The passengers were sent to a detention camp in Cyprus. Some American crew members returned home, but Murray decided to stay with the refugees. He then immigrated to Israel, founded the Gefen publishing house and married Czech survivor Hana Lustig in 1956.