Group portrait of the Ft. Ontario refugee children of the fourth grade class at the Campus School of Oswego State Teachers College, 1944. 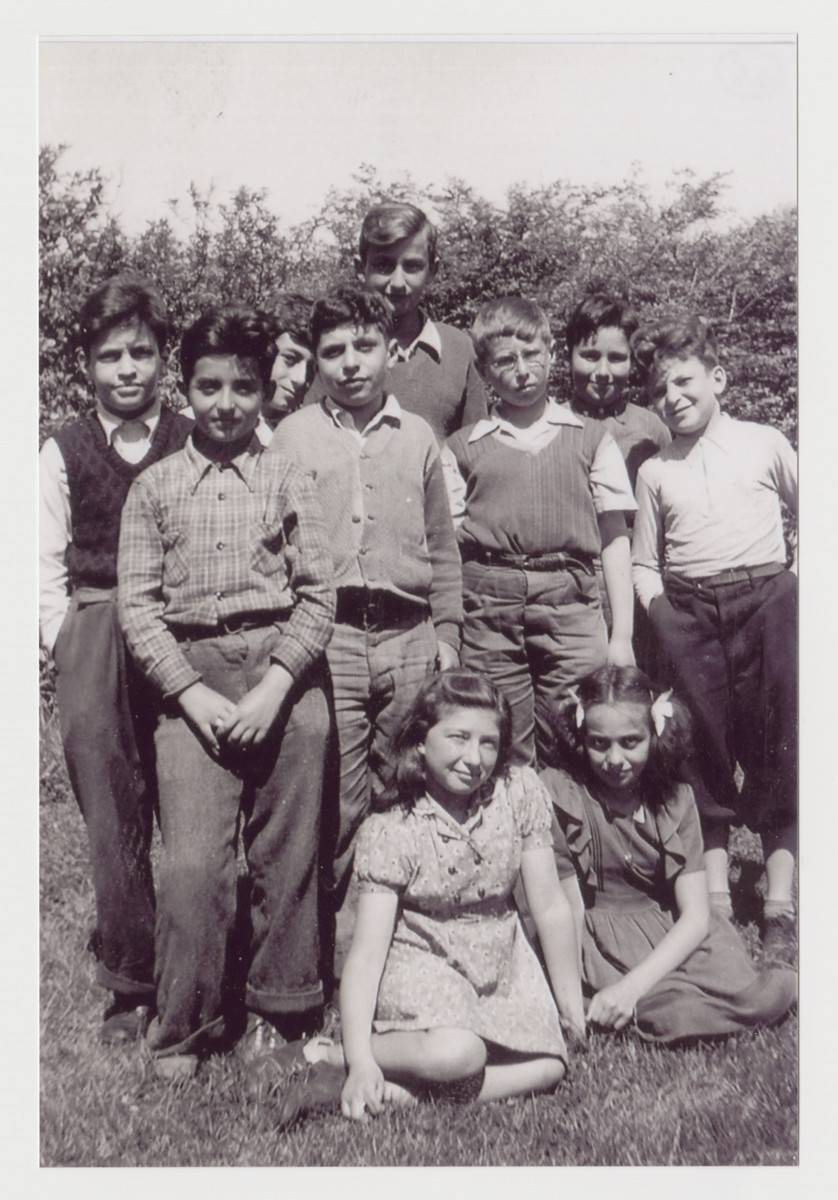 Group portrait of the Ft. Ontario refugee children of the fourth grade class at the Campus School of Oswego State Teachers College, 1944.

Henry Brecher is standing on the far left. Walter Greenberg is in the center, and Ivo Hirschler is to his right.

Biography
Heinz (now Henry) Brecher is the only child of Ernst Brecher and Klara Taussig Brecher. He was born on August 29, 1932 in Graz, Austria where his father was a merchant. After the Nazis marched into Austria in March 1938, Heinz was sent to live with relatives in Zagreb, Felix and Edith Rendi. Three years later, when the Nazis occupied Zagreb, Heinz went to the town of Split to live with friends of his aunt. Then in the spring of 1944, he and his foster mother, Lydia Rosenthal and her two children Alfred and Edith fled across the Adriatic Sea to Italy with the help of the partisan underground railroad. After a short stay in the Bari displaced persons camp and then in the countryside near Santa Croce, Heinz came to the United States on the Henry Gibbins, a military troop transport. The refugees were taken to the Emergency Refugee Shelter at Fort Ontario, Oswego in August 1944. In February 1946 Henry went to live with cousins in New York. Both of Heinz's parents perished in the concentration camps. Of Ernst's four siblings, two uncles survived. One made his way to England via Shanghai; the other spent the war in internment camps in Siberia and later returned to Austria.