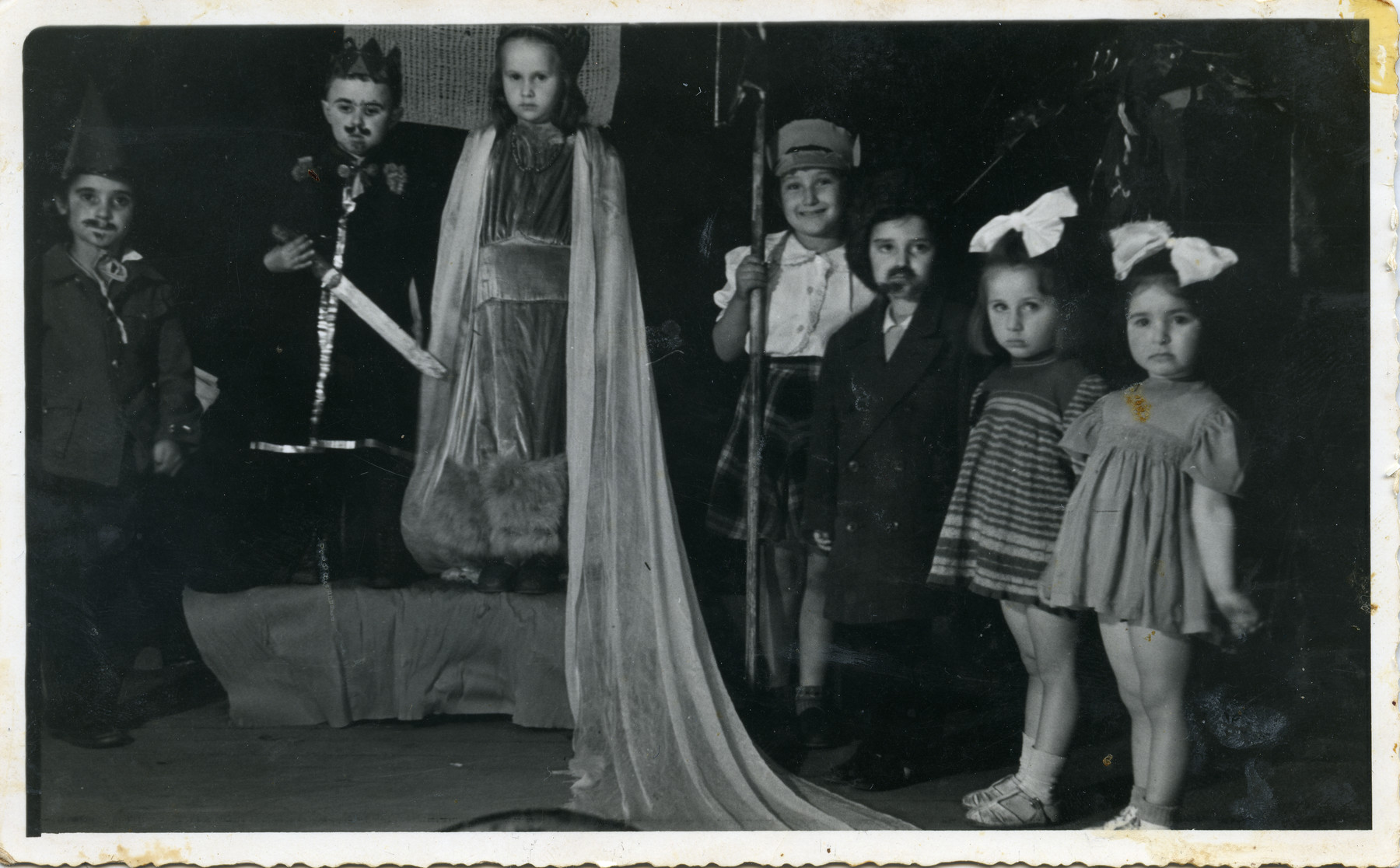 Shulamit Kagan Gilor, second from right, performing with other children in the Displaced Persons Camp in Cremona.