Anna and Lorand Lenji enjoy a book together shortly after their marriage. 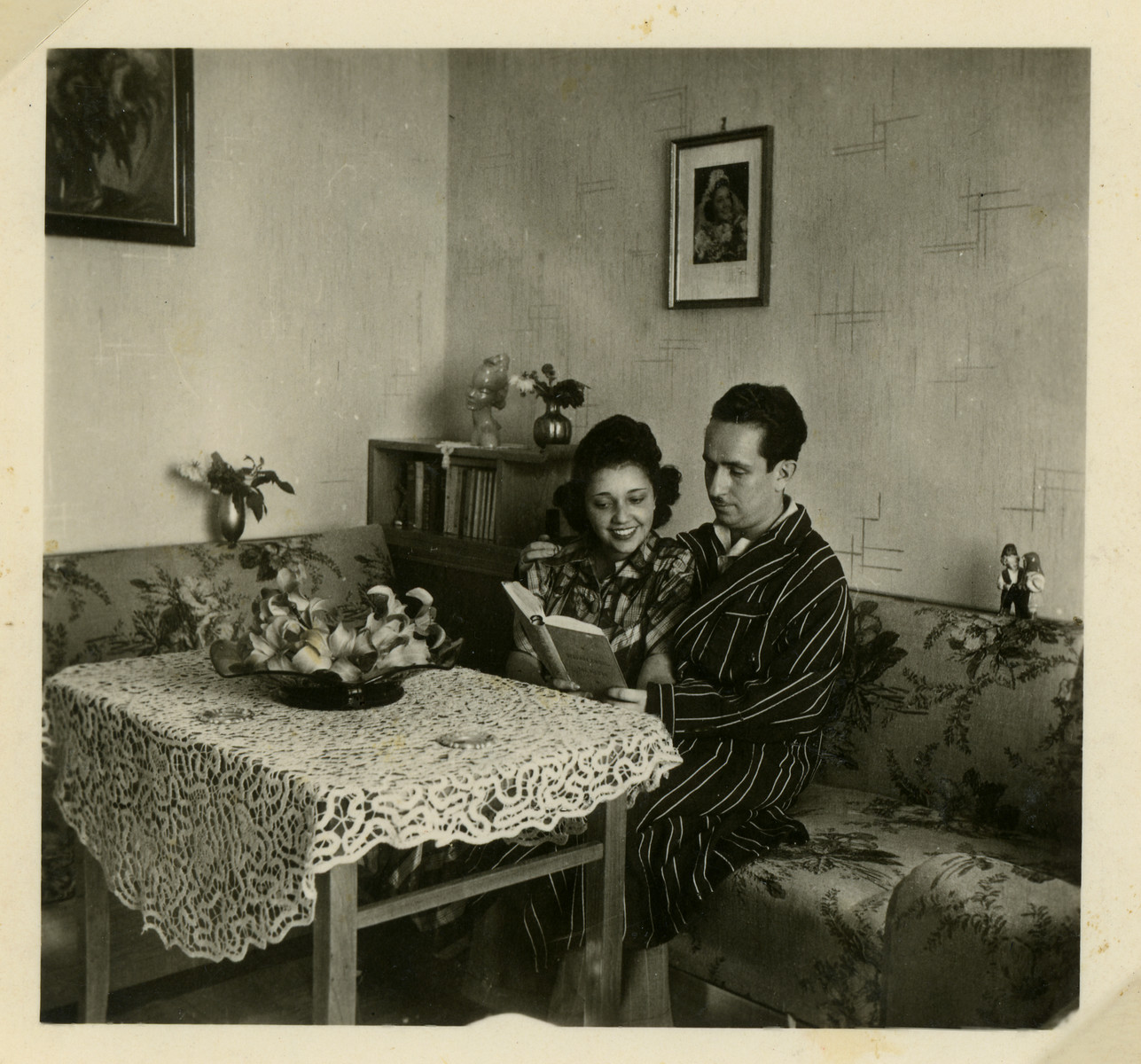 Anna and Lorand Lenji enjoy a book together shortly after their marriage.

Biography
Anna Lenji was born between 1920-1922 in Budapest, Hungary. In August of 1940, she became engaged to Lorand Lenji from Novi Vrbas, and the two wed on January 10, 1943. Lorand was a graduate of the German Technical University in Brun, earning a degree in engineering. He was the son of Josef and Aronka Lenji. In addition to his degree, he served in the Yugoslav army prior to World War II.

In 1944, Lorand and Anna lived with Lorand’s father (Josef), stepmother, sister (Stephanie Zentai), niece (Goldie Zentai), and grandparents. The Lenji family considered going into hiding, but knew it would be impossible because they lived in a small town where it would become very apparent if someone was hiding them. Anna, however, arranged for a factory workman to keep her silver cutlery, which he returned to her when the war was over. In June, 1944, ten German soldiers came to the Lenji's home and ordered them to be deported. They could only take a small bag with them containing a pair of shoes, a toothbrush, soap, a comb, a brush, and a change of underwear. Anna's maid, wrote to her parents in Budapest to tell them about what had happened. The Lenjis were taken to a camp run by Hungarians and supervised by German officials; food there was miserable and the sleeping quarters primitive. Lorand’s grandfather died there of a combination of the camp conditions and old age. After two or three weeks in the camp, the family was forced into a wagon with seventy-five other people for three days and three nights. They were given no food or drink and survived on whatever they brought with them. Several people died in transit, including Lorand’s grandmother. The bodies were not taken out of the wagon until the destination was reached. Finally, the doors opened and the people poured out of the cattle cars. Some people, including both Lorand and Anna, were selected to perform field work. Everyone else, including Lorand’s sister, niece, father, and stepmother, were returned to the cattle cars and takent to Auschwitz. Upon their arrival Stephanie and her daughter Goldie were taken immediately to the gas chambers.

Lorand and Anna were taken to Strasshof and Ganserndorf. The couple was forced to march naked while German officials selected them for agricultural labor. They were taken to work for Austrian Baron von Freudenthal’s estate, Niederdonau, in a village called Immendorf, near Hollabrun. Despite the supervision of the Nazis, the Baron snuck books to the young couple. He had five daughters, one of whom Anna is still in contact with today.

The couple was able to stay together, and lived with twelve workers. Anna believes that because she was able to remain united with her husband, they were both able to survive the hard physical labor and harsh conditions. They were fed carrot and potato peels that one of the women was able to transform into a decent soup. A Jewish convict, who worked alongside of the Lenjis, stole bread and butter. He specified that these delicacies be enjoyed by the three women, whom he believed deserved better treatment. The winters were particularly difficult with below freezing temperatures. The workers were given wooden shoes which they stuffed with newspapers given to them by French prisoners of war. Lorand, Anna, and the other workers heard bits of information concerning news from the front. Lorand and Anna were released in February, 1945 following the Soviet capture of Hungary.